I've not seen my husband for months due to the coronavirus, and I'm not alone

The coronavirus pandemic has caused many disruptions to regular life, and we're not just talking about on work and social fronts.

Flights were cancelled, strict quarantine measures put in place, and all construction activities grounded to a halt in Singapore. These changes have caused more problems than say, the minor inconvenience of not being able to get your daily bubble tea fix.

As for how this has impacted me personally? As a result of the virus outbreak, I've also not seen my husband for three months.

Some background — my husband's a Thai citizen and Singaporean PR and had flown to Thailand at the beginning of March to settle some personal matters at home. This was when the total number of coronavirus infections in Singapore had just crossed the 100 mark and daily Covid-19 numbers hovered around the low single digits.

We were aware it was pretty bad timing but were prepared for him to spend up to three weeks or even a month in the country if the situation worsened.

Well, three weeks soon turned into eight as Thailand gradually closed its doors to visitors and airports shut. At present, international flights to the country are still banned until June 30.

There was a sliver of a chance for him to get home in March, right before the 14-day mandatory Stay Home Notice in Singapore was implemented for returning citizens and PRs. But shortly after the announcement, the last seats on remaining flights were quickly snapped up before our very eyes.

This is the longest we've been apart in our relationship, and solo parenting a four-year-old while balancing work definitely came with its challenges. Thankfully, I live with my parents and had help.

Her daughter thinks 'papa' is the computer 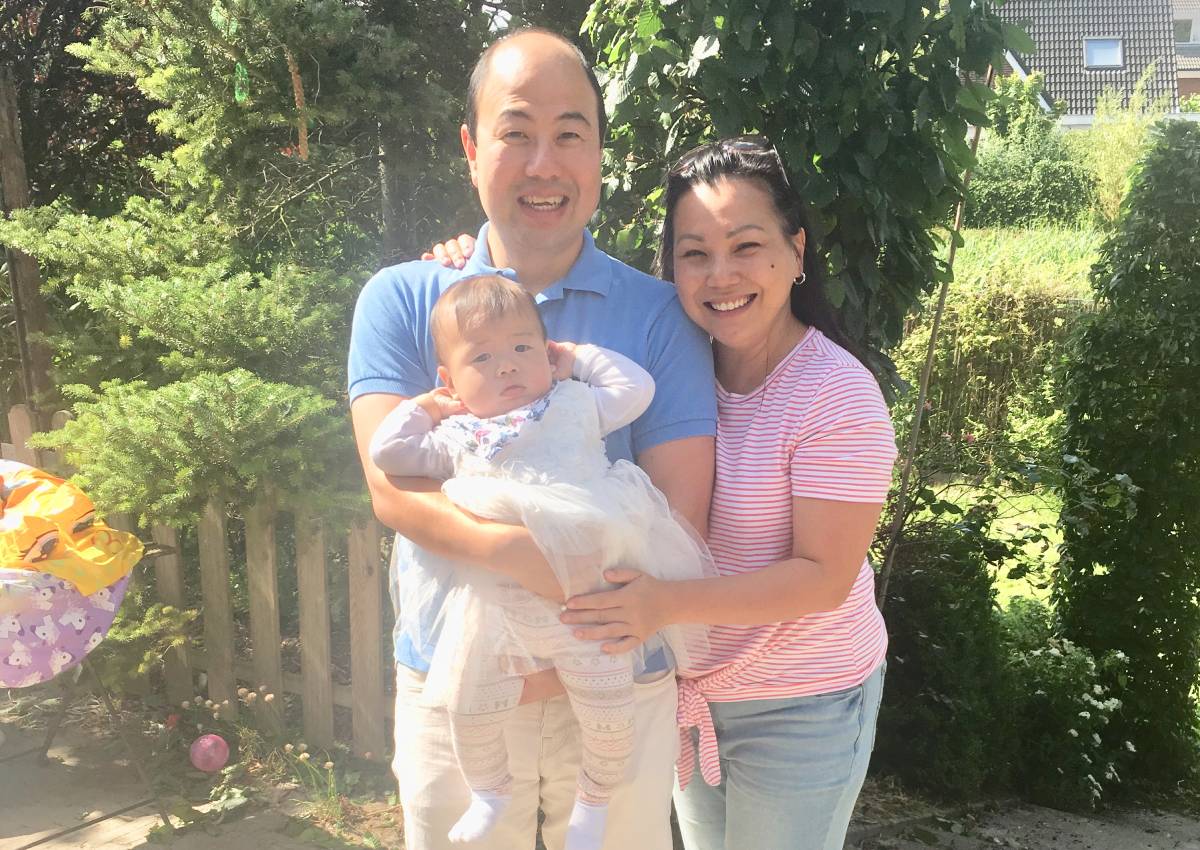 Edith Tan with her family in Rotterdam. PHOTO: Edith Tan

Like me, communications specialist Edith Tan, 42, who has a 20-month-old daughter, has not been able to see her partner for close to five months.

Tan's partner is a doctor in the Netherlands and the pair are currently living in separate continents due to Tan's decision to move back to Singapore last September.

For the last year and a half after her daughter was born, Tan and her partner would take turns to commute between countries, seeing each other about four times a year.

However, the Covid-19 situation in Singapore may mean that they may not be able to meet till next year, given the mandatory quarantine measures for foreigners.

"Taking two weeks of leave is quite difficult for any employee," said Tan of their predicament. "Even if he could take three weeks' leave, it would mean only seeing us for a week."

"I feel very sad for my daughter who now she thinks her papa is a computer," added Tan as most of the interactions her daughter has had with her father have now been limited to video calls.

Going to the Netherlands to stay too, is not an option as Tan has just recently secured a permanent position in a company here and would like to continue to work to earn an income, instead of relying on her husband.

"A lot of people are stuck overseas," said Tan, who counts a close friend and a client among those who are in similar predicaments.

One of her girlfriend's ex-husband is also unable to see his children here as he is based overseas due to work.

"For the first few months we've been fretting, and we thought of me going back," said Tan of their situation, but it wasn't a feasible option due to her job and for financial reasons.

Tan added that doctors in the Netherlands are not as well paid as one may think, addressing how flying all the way here for so little time together would not be an economical decision.

The best situation for Tan would be if her partner can stay at her flat while serving the Stay Home Notice, but she is unsure if is even a possibility.

Married but forced to live apart during CB 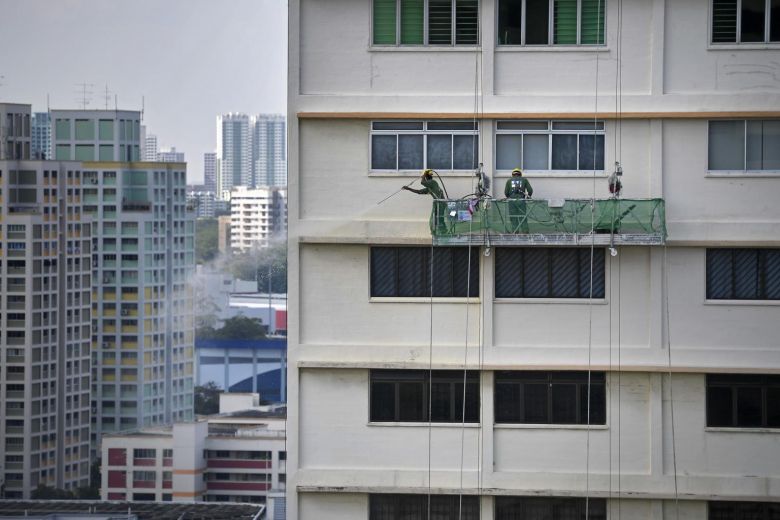 For married couple Lau Yew Han, 34, and his wife Jolene Ong, 30, a whole other set of circumstances led them to have to live apart for more than two months.

Lau had moved into his in-laws' after they got married in June last year, while waiting for their Build-to-Order (BTO) flat in Bidadari to be completed.

However, upgrading works to his in-laws' HDB flat meant that the family had to move out to stay with a relative, and Lau moved back to his parents' home alone as both flats had no space to accommodate more people.

What was supposed to be a short two weeks apart turned into two months, after construction work was halted due to enhanced circuit breaker measures.

On the bright side, said Lau, the distance apart has let couple feel as if they were dating again, not that they'd like it to be prolonged.

Lau is looking forward to the lifting of the circuit breaker next week, even though staying together with his wife is still not possible.

"Of course, we can't go back to the house immediately, but at least the upgrading works will get started again and hopefully it can be completed soon," said Lau.

With the coronavirus outbreak abating and Singapore stepping into phase one of reopening, it's one step closer for mine and many other families who have been separated to live under one roof again.