Jade Seah: Should we be judged by the way we speak English?

Our relationship with English – and Singlish – is not one that is easily defined.

Years ago, the use of Singlish was banned on television, with presenters having to do retakes whenever our dialogue included things such as “walau eh” and “like that lor”. #truestory

Some define Singlish as bad English, but I would argue that it is a lot more intricate than that.

It is a form of English with its own grammar system, one that drops most verb conjugations, prepositions and even plurals, and has a vocabulary that includes words in Malay, Tamil and Chinese dialects.

To me, Singlish is the language of the street, reflecting the range of our country’s immigrant roots.

I am also proud of our mostly flat intonation – it really upsets me when I sometimes hear locals choosing to speak with a put-on British or American accent instead!

I have been far from home – in places such as Lithuania or Cuba – and an exclamation of “Alamak, where you go ah?” in distinctive, flat-accented Singlish would make me turn my head and smile.

Read Also
It just be like that lor: Apple incorporates Singlish to market the iPhone 11 Pro 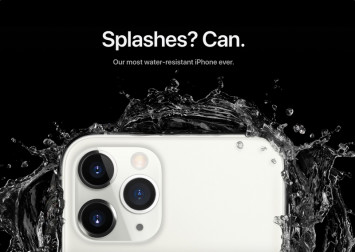 On the other hand, speaking “proper” nonSinglish English, albeit still with that familiar Singaporean accent, might get you labeled as “prim and proper”, or even have people accuse you of being pretentious.

I grew up in Tampines, when it was a new town, in a block along Street 21.

My family later moved to another Housing Development Board (HDB) flat when I was nine years old, and my folks still live in the same flat today.

My background is as heartland and local as it gets, and yet, throughout my life, people often assume that I come from a privileged background.

My guess is that the ability to code-switch and shift to “proper” English (albeit still flat-accented and distinctively Singaporean) when the time calls for it, gives the perception that one is more educated and of a higher social status. Should the way we speak English be the basis upon which we are judged?

One only needs to look at the criticisms of the way certain ministers speak – despite the public knowledge that they come from Mandarin-speaking backgrounds – to see that this is unfortunately, quite common.

Perhaps the progression for us as a country is to properly embrace our unique language and accent, while not forgetting the importance of learning the “proper” form of the language, with all its complex grammar patterns and enunciation, so that we are able to code-switch whenever the situation calls for it.