Lamenting high COE prices will never go out of style, but we've already accepted our lot

You've surely heard it - the chatter around COE prices, as they recently pulled themselves up to levels Singapore hasn't seen for a while.

Category A premiums almost hit $50,000 in April this year - their highest since mid-2015 - and although they've cooled off slightly in between, they appear to be picking up steam again, climbing to $48,000 in the latest bidding round.

Category B, on the other hand, hasn't lost any heat whatsoever, recently reaching the stratosphere of $68,100. To put things into perspective, the last time COEs were this expensive, car showroom visits actually didn't require appointments, masks or social distancing.

We know what the instinctive response to all of this is, because we also partake in it. "Tsk... cars are so expensive." And this is true.

But we're quite tired of all the weathered comparisons to car prices among our immediate neighbours, so let's give this never-ending discussion a 2021 update.

Take a look at the US, which is now battling steep new car prices due to a supply chain battered and bruised by the pandemic (of course), rather than a shortage of figurative sheets of paper.

But gems are formed under pressure - or so, that's one way to think about it.

Under the crushing weight of car taxes and in spite of our ever-flowing stream of complaints, consider this: We've actually already accepted our lot - through developing our very own intricate ecosystem of utility-maximising, cost-saving micro-actions.

What do you do when cars are expensive?

You can choose not to buy them, sure. Or you can grit your teeth and fatten your wallet before offering it up to the gods of the road (read: LTA) for slaughter - then drive around a lot.

A study published locally in 2019 cast doubts on the belief that higher car prices translate into fewer cars on our roads. Across 13 years, data from more than 8000 cars was studied, revealing that motorists drove more when car ownership prices were higher (mostly due to a spike in COE prices, as we're now seeing).

Drawing links to the "Concorde fallacy" (also known as the "sunk cost fallacy"), the study postulated that Singaporeans have a higher propensity to use their cars because they had already spent so much money on them. 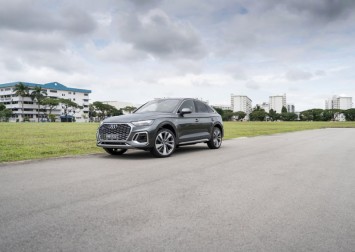 Consider this scenario: If you already had a set of wheels, would you drive to your nearest heartland shopping centre, or would you take a 15-ish minute bus ride - just five minutes longer but certainly cheaper after factoring parking in? Hmmm. You know the answer.

Stacked against mileage statistics from much bigger territories, it's truly ridiculous to put into numbers how much we drive despite our significantly smaller size. In Australia, the nation-wide annual mileage for passenger vehicles on average was 12,300km as of mid-2018. For Germany - already second highest amongst all EU member countries - it was 13,700km.

But Singaporeans easily outdrove them. The annual mileage of an average private motor vehicle stood at 17,500km in 2018. That's a difference of not 400, but 4,000 to 5,000km; one could do a round trip between Causeway Point and Kuala Lumpur Central five times over, and still have plenty enough to spare.

The fact that it isn't out of the ordinary to throw statements like "15-20k mileage per year" around without second thought shows that we've subconsciously developed our version of a "normal amount" of driving.

Our small size aside, consider too that this is happening in a metropolis like ours, where public transport is highly-developed. Still, taken in light of the atypical exorbitance of cars locally, this outwardly confounding phenomenon is, in truth, not difficult to grasp.

Beyond maximising time on the road, Singaporeans also demonstrate unwavering attention to minimising their losses during the car ownership process; we make sure to count every cent at virtually every step.

It starts even before the purchase with our singling out of the cheapest, most fuel-efficient rides. The Altis has routinely placed among the bestsellers for good reason. Even when we're swayed by body-style trends, we gravitate towards affordable and fuel-sipping models like the Vezel/HR-V (or more recently, the Yaris Cross).

Then we come to the actual car-buying, during which we claw at freebies provided by dealers ("Can give a bit more free road tax? Extra warranty? $500 grocery vouchers maybe?") as if we'd suddenly do a 180 and halt the purchase if these weren't offered. In response to this, some dealers have also co-opted the tactics used by e-commerce platforms in recent times, weaponising double-digit dates to bust out their best deals. 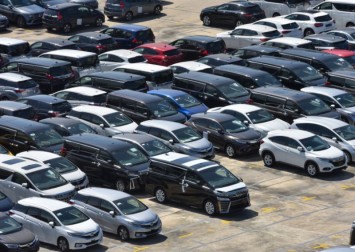 But since one might argue that the aforementioned two phases are valid for car owners all over the world, let's move on to Phase 3: The actual multiple-year journey of car ownership, where all the stops get pulled out.

Most glaring of all is probably the way we treat parking. Saying you've never gone out of your way to find free parking - at a HDB carpark on Sundays, or at private estates uh, whenever possible - is like saying you hate iced milo: Possible, but probably untrue.

Some have argued that it honestly makes no sense wasting another 10 to 15 minutes finding the cheapest spot (and then fighting the queue to get in). But more often than not, most of us end up doing it anyway. Who doesn't want to save $2, which can then become $20, and then $200?

If the endless list of compilations for credit card discounts for petrol kiosks is anything to go by, it's clear we also count every cent at the pumps. In those increasingly distant pre-Covid glory days, many of us would make sure to get a quick refill at JB too if we had driven up for a day trip (and squeeze in a car wash).

Then even when it comes to bidding farewell to our cars, the desire to minimise losses doesn't abate.

Dealers know their buyers/sellers and vice versa, as both sides engage in a tango dance around the best trade-in value.

The market itself has again also very deftly responded, with car auctioning platforms emerging with the alluring promise of higher profits and less stress for drivers looking to sell their cars. Quotz, for instance, started a one-stop shop model in 2007, connecting sellers to a pool of used car dealers who have to bid for their car; the best price then gets offered to the customer.

One might surely scoff at the relentless, winding and multi-phased string of measures we rely on to reduce our losses - so complex that it is perhaps rivalled only by Marvel's superhero film rollout. But flip it around, and it's also undeniably interesting to behold how fastidious and indefatigable we've become when calculating everything.

To say we're practical with our cars is inherently wrong because many of us don't actually need them. To say we're not, however, also doesn't sit quite right.

How should we describe all of this then - the very same way we might describe the manner in which we complain about car prices, then continue to buy them in droves? Maybe there's a word for it?

We're not going out of our way to worship the system we've grown accustomed to, by the way. Buying with your head rather than your heart, taken to mechanical, mathematical extremes means above all that fun and daring cars are often sacrificed.

An Italian delight like the Fiat 500 has never gained the sort of traction it did abroad (bigger bro Fiat 500x, a crossover-favourite in Europe, didn't even make it here) - because why would you, a middle-class citizen, spend so much on a car that you just like? The same can be said for Japanese kei models.

Half of our dealers also have their hands tied as they wriggle around constricting categories and invariably wind up with the most viable (boring) models. I recently lamented to a good pal in Australia that we'll never get the Hyundai i30 SR in Singapore; the Mazda 3, a car with so much promise, also remains shamefully underpowered with its feeble 1.5-litre engine here. Only upmarket brands get to consistently enjoy the full line-up treatment, because even the cheapest cars are propelled by taxes to the heavens of premium status anyway.

See - this system rewards innovation and panache, but only when served up in economical packages. Coupled with the utilitarian car-buying mindset ruthlessly squeezed out of Singaporean drivers over the decades - and Grab/Gojek fleets - our roads shudder and sigh as they lay buried under an ocean of Vezels and Sientas.

Yet this system is also responsible for the hyper-specific, fascinating way Singaporeans have grown to interact with their cars. Criticise us for whining all you want; you can't deny we've found our own unique way to drive in it - and around it.

Even as we continue to prod, question and refine our taxes so that they don't overstretch those with legitimate mobility needs and get an update fit for the EV-era, we can give ourselves a pat on the back for trying our best: To hold on to our pennies as the actual dollar bills slip through our fingers like loose sand.