'The leanest and fittest I've ever been': Man sheds 21kg during Covid-19 pandemic

Mr Aamir Manasawala lost 21kg in the past 20 months.

SINGAPORE - With gyms often shuttered and working from home the default during the Covid-19 pandemic, many people have made the slow transition towards a more sedentary lifestyle.

But Mr Aamir Manasawala bucked the trend, losing 21kg in the past 20 months and becoming, in his own words, "the leanest and fittest I've ever been".

The 27-year-old nutrition business owner now weighs 69kg, down from 90kg before.

"I was overweight for sure. I've been the kind of person who struggled with weight my entire life," said Mr Aamir, who is 1.74m tall.

"But I embarked on a mental toughness programme and it had a compounding effect - it was a mindset shift."

In the latest National Population Health Survey, the Health Ministry noted a concerning uptick in chronic diseases and unhealthy behaviours among Singapore's population - even before the pandemic struck.

The study was conducted between July 2019 and March last year and found, among other things, that the proportion of people who had got the recommended amount of physical activity was 76.4 per cent, down from 80.9 per cent in 2017.

The ministry noted that Singaporeans' behaviour may have changed due to the pandemic, and these findings serve as a reminder for people to "continue engaging in healthy lifestyle habits".

Read Also
Intermittent fasting? It worked for one wellness consultant but not another 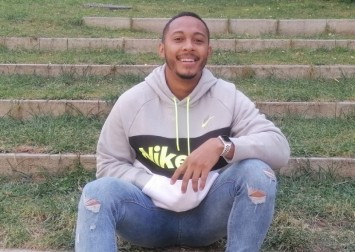 Professor Teo Yik Ying, dean of the Saw Swee Hock School of Public Health, said one area of concern in the findings is the higher prevalence of binge drinking and poor mental health.

"The findings represent data between July 2019 and March 2020, so the full impact of the pandemic hasn't actually hit yet.

"I actually believe the problem of binge drinking and mental stress, distress and illness is much bigger now, 22 months into the pandemic," he said.

Given that many of the risk factors of diseases such as obesity are actually modifiable and preventable, action needs to be taken not just on an individual level, but also in the workplace and by the Government, Prof Teo added.

"For instance, national strategies may need to be designed to target sodium consumption in diets, much like how Singapore has tackled sugar consumption," he said.

"This is especially since exceeding the World Health Organisation's recommendation for daily sodium intake is extremely common in Singapore, with nine in 10 local residents consuming more than the recommended 2,000mg of sodium per day."

Some people like 49-year-old hairstylist Andy Toh, who had to stop going to the gym when the pandemic hit, made a conscious effort to maintain his fitness. He switched his routine by using resistance bands and working out at the exercise corner near his home.

Although he took breaks from vigorous exercise at times - such as after being vaccinated - Mr Toh made it a point to work out every day.