Leaving kids alone at home: When is the right age?

Tragedy of kids who died after falling from their home has struck again. In the latest case on June 4, a six-year-old girl plummeted 11 storeys down to the bottom of her HDB block at Ang Mo Kio.

According to The Straits Times, a maid who lives in the opposite block said she heard the girl crying for her father about two hours before her fall.

The maid, who gave her name only as Letecia, said: "She was crying for about 10 minutes at about 3pm. I could see her from the kitchen."

She added that the window grilles in the kitchen were open.

About an hour later, Ms Letecia, 53, heard the girl's cries again and saw her looking out of the kitchen window, seemingly in search of her father.

The cries were heard again after 5pm when Ms Letecia was preparing dinner.

This time, there was a loud sound before the cries suddenly stopped. 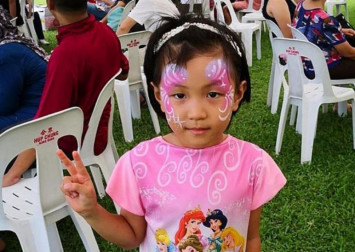 When she looked out of the window, the girl was lying motionless on the ground, she said.

It lead us to question: At what age is it appropriate for kids to be left alone at home?

Dr Lim Boon Leng says "it is difficult to define a specific age as children vary in their development and maturity. "

While he would not leave any child under the age of 10 alone ever, he also feels that "beyond 10 years old, it becomes controversial."

"As each child is different, it will be best for parents to understand their child's temperament, maturity level and his propensity towards being impulsive to determine if their child can be safely left alone at home," says the psychiatrist at Gleneagles Hospital.

Child psychologist Dr Richard C. Woolfson says that by the time your child reaches the primary-school age, he would be reasonably independent and self-confident.

Still, leaving your child home alone is potentially dangerous. Statistics confirm that more accidents involving kids occur at home than anywhere else - it can be a very dangerous place, especially when there is no adult around.

As a general rule, therefore, this should always be avoided when possible, even if only for a few minutes.

WHEN IT CAN'T BE AVOIDED

There may be times when leaving your child on his own is absolutely necessary because you simply can't be in two places at once. Perhaps because you have to collect something from the nearby shops quickly or because your regular child minder is a few minutes late but you have to rush off for an appointment.

While the act of leaving your child home alone is not a crime, Dr Lim adds that there are tips that every parents should keep in mind. 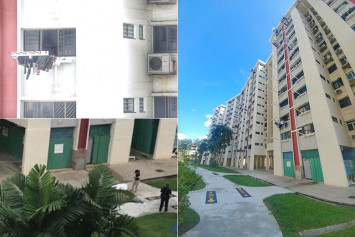 "Firstly, never take safety for granted. Look into safety features such as locking the window grilles," he emphasises.

Dr Lim adds that parents should also "make sure that they are contactable so the child can reach you immediately if he becomes frightened or has any needs.

Having a good relationship with your neighbours is important. They can keep a lookout for your child, who can also approach them should any emergencies or needs arise.

Here are more suggestions from Dr Woolfson, if you find yourself under pressure to leave your kid alone at home.

Don't get into the habit of leaving him alone at home; you should do so only when you have an unavoidable emergency. And if you do go out, leaving your child in the house with no one else there, you should come back as quickly as you can.

TELL YOUR CHILD WHERE YOU WILL BE

Make sure he knows exactly where you are going during those few minutes as this will make him feel more confident that he can cope on his own. Knowing your exact location reassures your child and reduces uncertainty for him. Once you have left, only go to that specific place, and nowhere else.

SPECIFY THE TIME OF YOUR RETURN

Show your child on the clock exactly when you will be back. Explain that it means you will be away for only a couple of minutes and that you will be back very quickly. This also helps reassure him. Remind him again of the time of your return just before you leave the house.

SET LIMITS ON HIS BEHAVIOUR

Be very clear that he must only do what you say while you are out. Spell out that he can't, for instance, switch on anything electric, play with matches or climb up high on the furniture. At the same time, tell your child what you expect him to do while you are out, such as sitting on his chair and reading a book.

It would be very helpful for you to stay in contact with your child while you are out, such as by using your mobile phone to speak with him on the house phone. As long as you are talking to him, chances are he wouldn't do anything that puts himself in danger.

Your child should be aware of what to do if an emergency arises while he is home alone. For instance, he should know how to react in the event that there is a fire, and what he should do if someone knocks at the house door while you are out. Without frightening your child, discuss some of the challenges that could arise.