Pregnant women who continue to carry their babies after they reach full term have a higher risk of stillbirth and newborn deaths than mothers who deliver by 37 weeks' gestation, a recent study suggests.

Doctors have long understood the risk of complications for mothers and babies when pregnancy continues too long past a woman's due date. But how much the risk of stillbirths or newborn deaths increases with each additional week beyond full term hasn't been clear.

To assess the rise in risk, researchers examined data from 13 previously published studies that included a total of 15 million pregnancies and 17,830 stillbirths. Overall, pregnancies that continued 41 weeks or longer had the greatest risk of stillbirths and newborn fatalities within the first 28 days of life.

"It is thought that the placental function slows down as pregnancy continues and beyond the due date," said Shakila Thangaratinam, senior author of the study and a researcher at Queen Mary University of London.

"This is considered to play a role in the stillbirths and poor outcomes after delivery," Thangaratinam said by email.

For neonatal deaths, the risk held steady from 38 to 41 weeks and then started climbing, researchers report in PLoS Medicine. 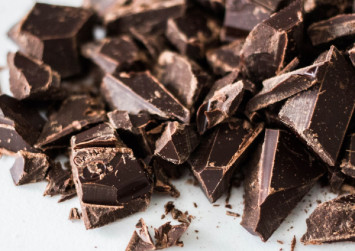 "Full term" pregnancy used to be generally defined as 40 weeks from the first day of a woman's last period. But because these final weeks are so important to infant development, in 2013, the American College of Obstetricians and Gynecologists put forward more precise definitions. "Full term" is from the start of week 39 through the end of week 41 of gestation. "Early term" is week 37 through the end of week 38, and late term would be week 42 and beyond.

The World Health Organisation recommends labour induction at 42 weeks because allowing pregnancies to continue longer is associated with an increased risk of death and complications for both mothers and babies. But previous research on the difference in outcomes between 41 and 42 weeks has been mixed, and guidelines in many countries differ on which of these approaches is best.

"Fundamentally, we know that the risk increases slightly with each subsequent week and rises even faster after 41 weeks," said Dr. Aaron Caughey, chair of obstetrics and gynecology and associate dean for women's health research and policy at Oregon Health & Science University in Portland.

"But, the issue at any given week is the tradeoffs between intervention (induction) and expectant management (waiting a week or more)," Caughey, who wasn't involved in the study, said by email.

For women without any pregnancy complications, it's best to wait to consider induction or a surgical delivery until 39 weeks, Caughey said.

The analysis wasn't designed to determine why the risks increase with longer gestation. And the researchers lacked data on individual women's circumstances, so they couldn't say whether specific health issues or complications for mothers or babies might have contributed to the risk of stillbirth or newborn death.

Even so, the results underscore that pregnancy for many women can and should last beyond 37 weeks, said Vicki Flenady, director of the Center of Research Excellence in Stillbirth at the University of Queensland in Australia.

"It's ideal if women reach their full gestation of 41 weeks, as this allows the baby to fully develop, especially in brain growth, which is very rapid towards the end of pregnancy," Flenady, who wasn't involved in the study, said by email.

"There are some circumstances where women need to be induced or have a cesarean section before their due date, for example to prevent a stillbirth," Flenady said. "However, the number of inductions is rising and there is concern that some women are having unnecessary early births."