Looking for recipes? Hit these playlists on Spotify

Some playlists on Spotify are offering fun recipes for dishes such as kimchi fried rice and banana bread.

Many chefs – both professionals and amateurs – love to blast some music when they're cooking in the kitchen.

But music could even be used for providing instructions for a recipe. Some creative users are making playlists whose titles, when put together, double as a recipe. A concept that is both wacky and ingenious!

A photo, a list of ingredients, a set of instructions, and possibly some preparation tips…Recipes nearly always follow the same format to provide home cooks with the best way to proceed in order to create the dish in question successfully.

You probably never imagined that this format could get a revolutionary shake-up, but you clearly weren't considering the infinite possibilities of the audio world.

Just as cooking websites like Allrecipes disrupted traditional sources like cookbooks and personal notebooks and recipe cards, these playlists on Spotify could, on a smaller scale, modernise how recipes are read.

One American user had fun disclosing his recipe for kimchi fried rice using only relevant song titles so a listener can understand the step-by-step procedure.

Cooking to these Spotify tunes

Unveiled by TV show and media site Today, this playlist bridges a vast range of musical genres from piano solos to more energetic tracks by Metallica. All you have to do is vertically read each track title to understand what to do.

And it seems that the global musical catalog is full of songs with evocative names: from Chance the Rapper's Juice to the brilliant collaboration between Bob Marley and his Jamaican reggae band The Wailers titled Stir It Up. 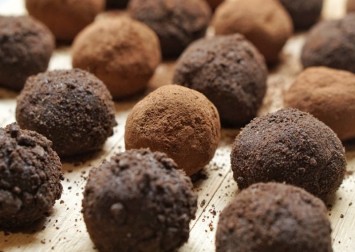 Sometimes artists seem to be subconsciously on board this project, having chosen an ingredient as the title of their track. Such is the case of K-pop group BTS, with the song Butter, as well as Sugar by Maroon 5 and Milk from English pop rock group The 1975.

Funny and playful, the results of these playlists also do double duty by outlining a recipe and serving as background music for our cooking session…

The very first recipes of this kind were created during the first pandemic lockdown when some clever users had fun revealing their banana bread recipe just by using song titles to create instructions.