After planning for 18 months and spending more than $15,000, Ms Vivian Kwok has had to put her dream of a perfect wedding on hold indefinitely.

Her nuptials, which had been slated for April 5, which is also her birthday, can no longer go ahead as planned after the latest safe distancing measures to stem the spread of Covid-19.

"No one knows when things will improve. I am feeling a bit helpless, but I am trying to be positive," Ms Kwok, 26, told The New Paper yesterday:

"I am grateful my family has been supportive. We have been mentally preparing for this eventuality since January when the virus started spreading."

Ms Kwok said that several guests were flying in from overseas, and friends in the medical sector had taken time off to attend the wedding.

"It has been a logistical challenge, with everyone having to adjust their schedules accordingly. Now we will have to do it all over again."

Ms Kwok is thinking of going ahead with the customary portion of the wedding with just immediate family members and hopes to hold the wedding reception later this year, Covid-19 permitting.

Announced on Tuesday, the latest measures include the closure of bars, nightclubs and cinemas.

Social gatherings such as weddings are also restricted to not more than 10 people at any one time.

Yesterday saw a new high of 73 infections, with a spike in local cases to 35, of which 17 are linked to a new cluster at the PCF Sparkletots Pre-school at Fengshan Block 126.

Thirteen are staff from the pre-school and four are family members of the principal.

Another bride-to-be, whose wedding was scheduled for Saturday, told TNP that she will be going ahead with the marriage registration but has postponed the banquet.

She was disappointed that the limit of 10 people meant she was allowed only five guests.

"This means only my family could join us. I am uncertain how to even feel about this," said the bride-to-be, who declined to be named.

"It is sad that we are unable to share our joy with people that we care about and want to celebrate with."

When she heard the news on Tuesday, she said she felt overwhelmed and had to scramble to sort out the arrangements.

A local wedding planning company, The Wedding Entourage, said all its events from now until end-April have been postponed.

Read Also
Coronavirus: Nurse cancelled wedding amid outbreak because it was the 'responsible thing to do' 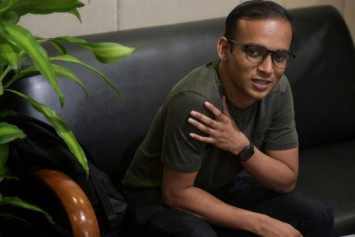 Its spokesman said it would not charge clients for postponing their weddings as the situation is out of their control.

New dates are being suggested by the couples, with many of them concerned with having an auspicious date, the spokesman added.

She said: "For weddings scheduled this weekend, the flowers would have been ordered. So the florists are planning to either try to sell them or donate them, perhaps to hotels as they need fresh flower decorations every day."

Mr Kieran Twomey, group chief operating officer at Millennium Hotels and Resorts, said: "We are happy to discuss creative solutions with clients on their events, such as video conferencing or splitting the group into two rooms to keep numbers small.

"Our sales teams have been reaching out to clients to offer options for postponement and rescheduling."