Marry like a celeb: 6 luxurious Bali resorts Asian stars got wed at

With unending azure skies, breathtaking sunsets and views of the Indian Ocean, the Land of the Gods continues to be a magnet for celebs and couples alike.

While they had legally wed in April 2018, and held a private ceremony in New Zealand, TVB stars Edwin Siu, 41, and Priscilla Wong, 37, eventually held a beautiful resort wedding celebration with a stunning rustic theme in Bali, Indonesia.

Held at the brand-new luxury clifftop resort Six Senses Uluwatu, the couple pledged their love with intimate ocean-front solemnisation under clear blue skies with family and friends in attendance. 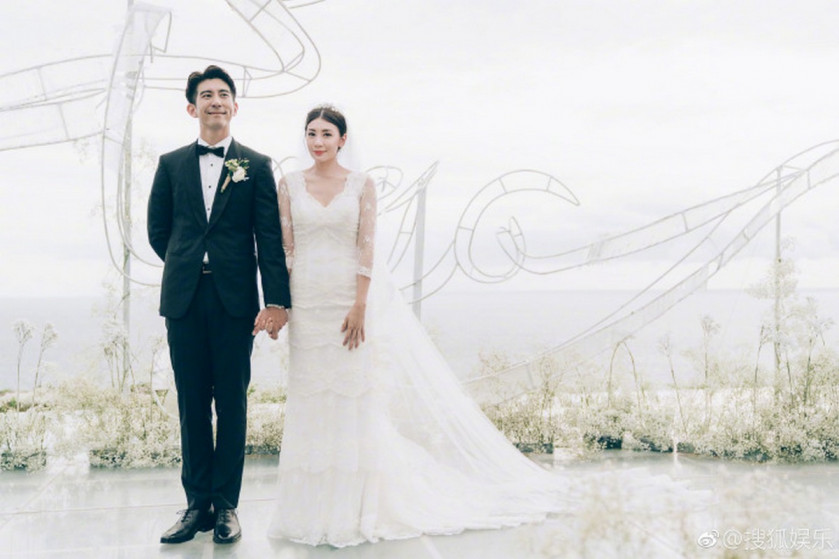 Taiwanese stars Alyssa Chia and Xiu Jie Kai had a gorgeous seaside wedding at the lavish Bvlgari Resort Bali surrounded by their closest friends and family last November, three years after registering their marriage (it was delayed as Alyssa got pregnant with their first child, Bubu).

Their daughters, 3-year-old Bubu and one-year-old Bobo were flower girls at the ceremony. Alyssa's first child from her previous marriage, 12-year-old Angelina, was also present to lend a hand.

The latest celebrity couple to get hitched at the Bvlgari Resort Bali is Kevin Cheng and Grace Chan. The TVB stars tied the knot on Aug 12, 2018 at the luxury resort, which is a harmonious blend of traditional Balinese and modern Italian elements.

Perched 150m above the sea, it comes with a plethora of spectacular wedding venues including the Bvlgari Wedding Chapel, a floating platform, the pristine beach as well as the Bvlgari Villa for a more personal ambience. 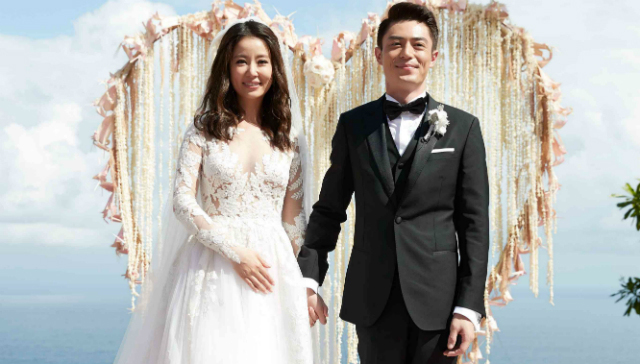 The celebrity couple took to the floating altar atop the Water Pond to exchange vows, against the mesmerising backdrop of the sparkling waters and endless horizon. 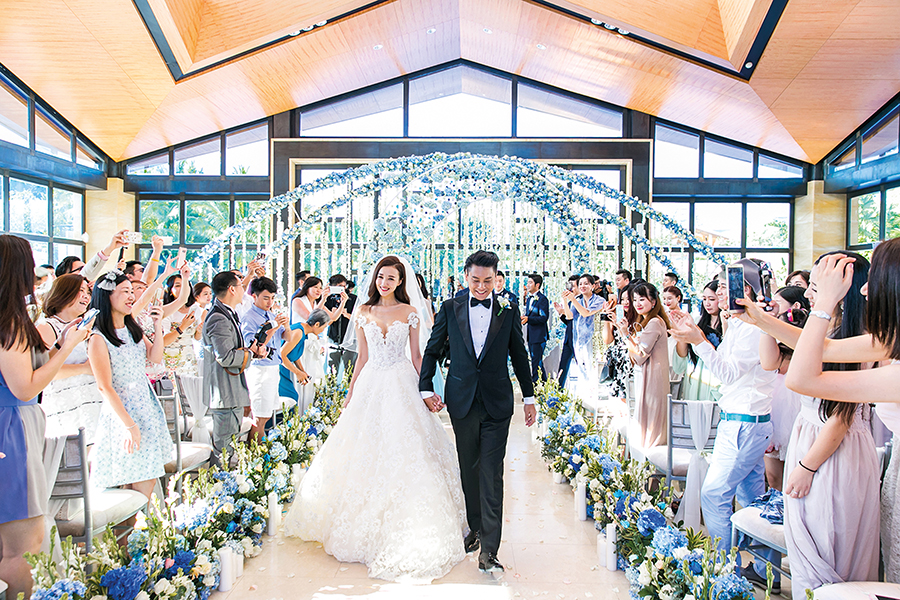 With its iconic Oasis Pool flanked by Balinese-inspired statues, sprawling grounds and lavish furnishings, it's no wonder the suite-only resort has continued to be an award-winning property.

They had a solemnisation ceremony at the resort's Eternity Chapel, a floating glass chapel perched in the middle of a water feature, the Mulia Lake. For the reception afterwards, the Grand Ballroom was transformed into a star-themed affair. 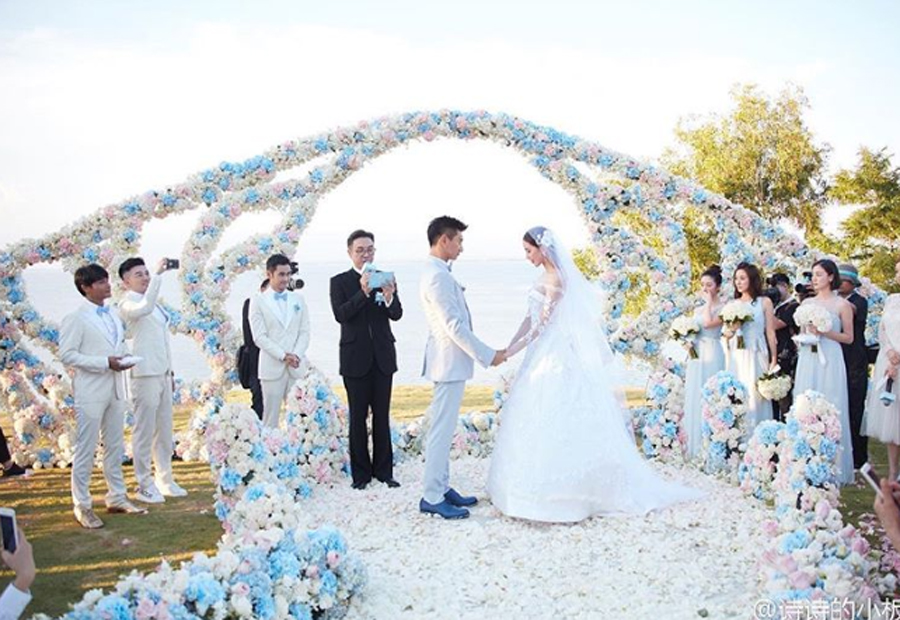 Anyone's who been to Bali would have heard of or probably made a trip to the famous Rock Bar, which is located at the Ayana Resort & Spa Bali.

Hong Kong star Nicky Wu and Chinese actress Cecilia Liu pledged their vows at SKY, the resort's multi-purpose event space, decking the space out in thousands of pastel blooms for an ethereal affair. 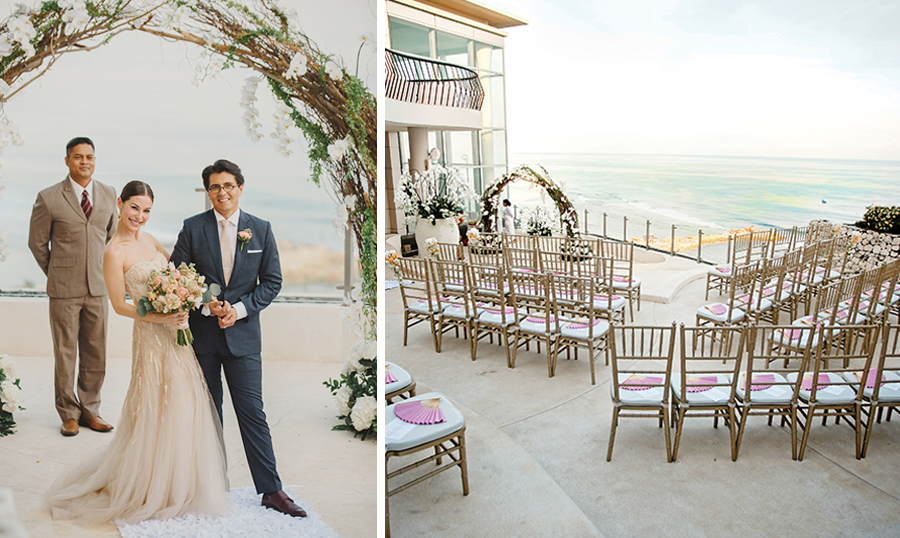 The 5-star resort sited in the Uluwatu area of Bali played host to Denise Keller's nuptials. 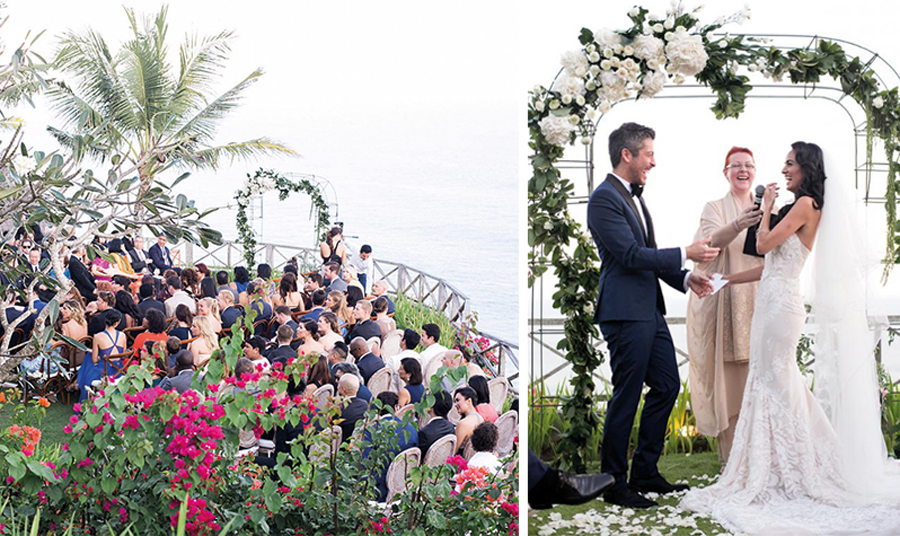 With tranquil tropical settings and a remote location, it's perfect for weary urbanites looking to disconnect from the rest of the world. Accommodation-wise, the intimate space has just 10 antique wooden Javanese houses, each furnished with modern luxury amenities.

This article was first published on Her World Online