When it comes to Traditional Chinese Medicine (TCM), roots play a big part: TCM has its "roots" firmly planted in millennia of natural healing; the ginseng "root" itself is synonymous with TCM; and for Lee Heng Sheng - the great-grandson of Mdm Ng Sock Eng, a second-generation TCM veteran in Singapore who founded Heng Foh Tong Medical Hall in 1957 - growing up surrounded by TCM has taught him to go to the "root causes" of life's problems, the same way TCM remedies ailments.

"My grandparents always mentioned that TCM targets the root cause instead of the symptoms of an illness. I think that has shaped my philosophy in life a lot as well," says the 25-year-old.

"Relationship problems, getting in trouble with teachers... to me, the feelings that arise [from these issues] are all symptomatic. When I encounter such problems, I ask more questions first to find out the root cause of the issue. And when I target the root cause, I solve not just one, but many other related problems as well."

The final-year NUS undergraduate and his three siblings are the fifth generation of Heng Foh Tong, one of the participants in last year's Singapore HeritageFest, which celebrates Singapore's shared culture and heritage. Their dad, Lee Chin Siong, has been actively rebranding the clinic, and constantly seeks opinions, creative ideas and feedback from his children, especially with new products like HFTea - a line of herbal tea.

"The goal was to make the drink a youngster’s drink, rather than one that was viewed as herbal tea. So HFTea came about because we wanted to market our new product a 'tea'," says Chin Siong, who also has national servicemen in mind (what with the sturdy bottle design that allows one to have the drink anywhere, even in the outfield) as well as fitspo individuals seeking recovery after intense workouts.

"We will have a version of herbal tea that acts like a sports energy drink and it will contain ginseng as well as Himalayan salt for that cooling feeling.

Salty and cooling - just like a Pocari after your workout, except it’s made of natural ingredients with no artificial add-ons," says Chin Siong, who also makes helping the community a part of Heng Foh Tong's priorities. In fact, 2,000 bottles of HFTea have just been brewed, and are being prepared to be distributed to needy homes in Singapore over the Lunar New Year period.

We drop by Heng Foh Tong to speak with Chin Siong's eldest son Heng Sheng before renovations to the clinic take place, and speak to him about how growing up in a TCM family has shaped him, bonding with NS buddies over pao sheng (American ginseng root), and his family's plans to give TCM a millennial makeover.

Lucky you! Growing up, you and your siblings got to drink nutritious herbal soups made with love by your grandma daily. Tell us more about what’s it been like growing up in a multi-generational TCM family business.

I feel that TCM has always been an important part of Singaporeans’ lives while growing up. In primary school, when I told my friends I was going to my grandparents’ shop, they would be like, “Wah! Y’all own a shop ah!” And I would say yes, we own a TCM shop, and they would go: “Oh! So you’re the one my mother always buys the liang cha from”!

Your great-great-grandfather was in the TCM business, which makes you and your three younger siblings the fifth generation of this storied heritage line - no pressure! How are you guys involved in the business?

My brother and I handle the tech stuff – I analyse sales data and create reports while he helps out with inventory and date entry. My sisters like to design and come up with creative stuff. They helped design the Lunar New Year hampers last year, and my sister Sze Hwee also likes to come up with crazy ideas and cool slogans. One slogan which became an instant hit was: “Behind every herb is a heart."

Tell us more about the HFTea line which has been doing quite well.

I feel that the “Honey Peach Gum Beauty Drink” will actually appeal to a lot of young ladies, and even youngsters. Even BBT brands like Koi and LiHo have started to introduce “peach gum” into their drinks, which is exactly what we use.

I think since the Covid-19 pandemic, people have been paying more attention to their health. I hope that our low-sugar BBT-esque drink will benefit from this trend, and with our ongoing efforts, it will hopefully take off.

You just completed a cycle of reservist - did your TCM background help you or your peers during NS?

My TCM knowledge definitely came in handy. I was part of an artillery unit, and we had to carry really heavy 50kg loads. And when I booked out, my grandma would always have homemade Tianqi aka “Notoginseng” ready for me. It helped my recovery, and I regained my strength a lot faster.

She also gave me packets of pao sheng (“American ginseng”) that I could boil and prepare for myself in camp. The funny thing is, I got to share them with my friends as well. We bonded over TCM and ginseng instead of Milo or the usual packet drinks during NS haha!

Any “easy” ways for those encountering TCM for the first time, or even those who've “outgrown” it, to try it? 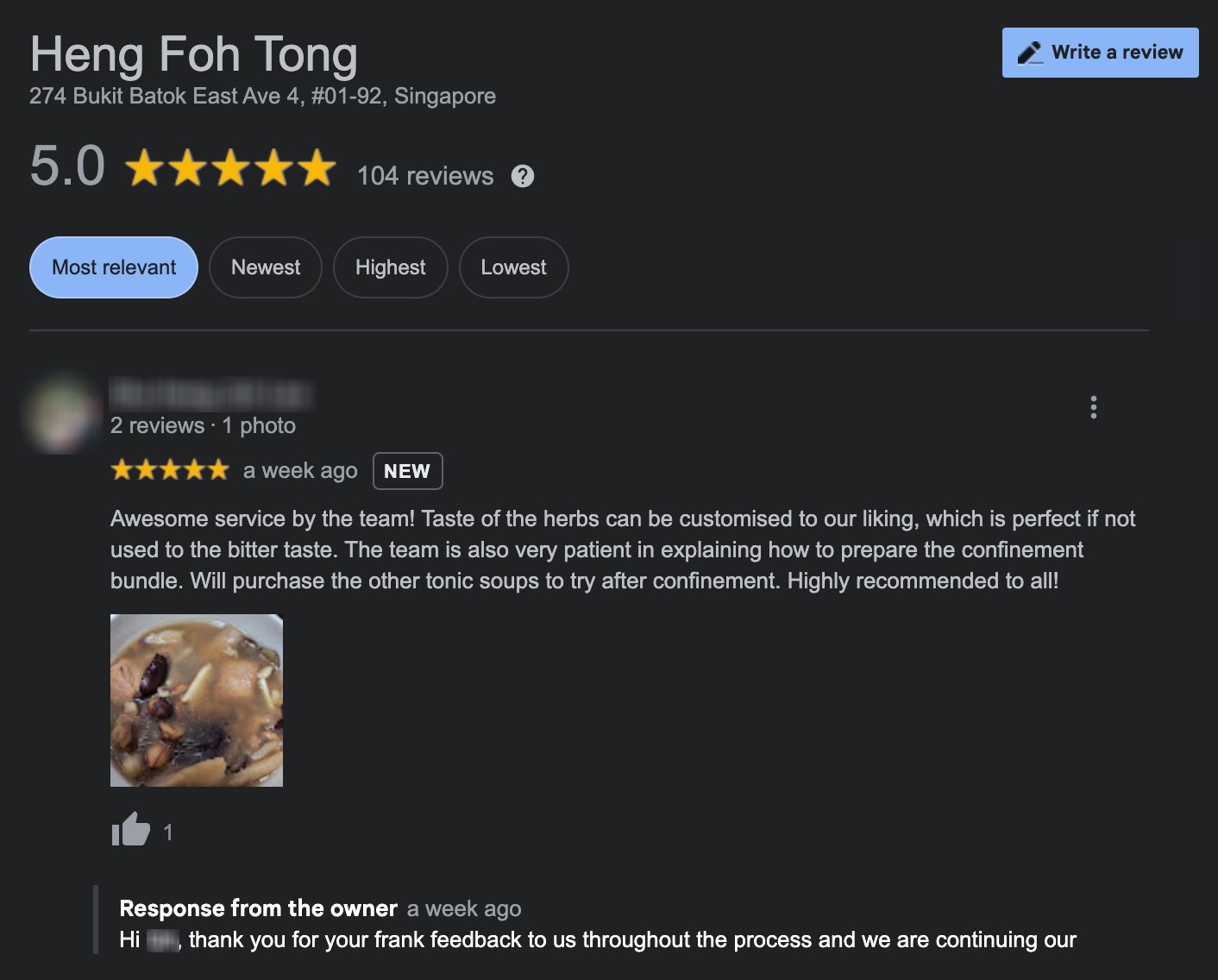 Well, as the saying goes, “you can lead a horse to water but you can't make it drink”. And while I agree with this statement, I think our new herbal tea drinks will encourage more people to drink herbal tea again, since they most likely stopped after they grew up.

Though most of our customers are Chinese, we’ve even had Malay, Indian, and expat customers coming to our shop to buy herbal tea, or try it out. Recently, we even had a Japanese couple come all the way from Geylang to buy from us - all thanks to our 5-star reviews on Google!