My 4-year-old daughter is a destructive and diabolical maniac. Is this normal?

What do you do if your child's behaviour is more than you can handle?

As parents, we're meant to love our children no matter their nature. But sometimes, their quirky personalities take us by surprise. Such was the experience of a parent who was seen desperately asking for a reality check about the "destructive" behaviour of her four-year-old.

The mum shared a post on a public platform about how her four-year-old child's behavioural issues were more than the "typical" level of how a kid her age is expected to act, to the point that she asked fellow netizens if any of it should be considered "normal."

'She is a diabolical and destructive maniac'

Before she got to the complicated side of the story, user mynameisearnestine assured netizens that that 90 per cent of the time, her 4-and-a-half-year-old daughter is "a lot of fun".

She may be demanding, whiny and pushes boundaries, but other than that she is actually playful, conversational and generally cheerful, she says.

"Almost as if one day she could be a full-fledged rational adult," writes the user despite the four-year-old child's behavioural issues.

She also shared that for five per cent of the time, her daughter can be "annoying to be around". Plus, she misbehaves and is good at "being a general pain in the a**", which the mum says is still what she assumes to be typical behaviour for kids around her age range.

But the remaining five per cent is what has the mum is worried. She says there are moments when the four-year-old can be "a diabolical and destructive maniac". She says her daughter tries to be "sneaky" and hurts her sister behind her backs.

The mother adds that her daughter would hide her stuff, run away from her while banging things against the walls and even "systematically dumping out all the toys in the playroom."

"All the while just laughing, as if it is the funniest thing in the world. It's the deliberateness of it all that partly freaks me out — it's like she is (somewhat) in control of herself," adds the concerned mum.

"I also feel guilty about my parenting response to this"

The mum says that her daughter would be low-key for a few days and then start her strange behaviour after a few days. When she does, the mum feels like she is at her "wit's end" and would like to know if other parents go through the same.

The mum writes, "I suppose I could have her evaluated, maybe for ADHD (attention deficit hyperactivity disorder). But the behaviour[u]r is so off and on, that it doesn't feel like something she is always struggling with."

While sharing that she does get furious with her daughter's behaviour, she admits her guilt about her parenting response to the situation. She adds that she has never hit or yelled at her daughter, but feels that this behaviour forces her to lose her cool.

Incidentally, the mum writes that there are moments when her own demeanour is "far from calm and collected", which she believed could be feeding into their daughter's behaviour.

"And I definitely partially lose my cool — sometimes when restraining her or carrying her I am been rougher than I should be, and a few times I have forcibly brushed her teeth when she refused to get ready for bed," writes the concerned mum.

She also added, "And sometimes I fear that I am failing her, that I am giving her this sense that deep down she is unwanted — because when she acts like this I really feel like I don't want her — and that she will carry the scars of my rejection for the rest of her life."

These fits from the four-year-old have even caused the mum to question her own emotional development as well. But she says that once she gets past the "destructive maniac" period, both she and her daughter get along pretty well.

Other mums share their thoughts on four-year-old's behaviour Issues

To answer this mum's desperate question of whether this behaviour from four to five-year-olds is normal, a few netizens shared their own opinions. They commented below her post to assure the mum that she was not alone.

Reddit user Torgunde confirms that some kids can be "especially challenging" to take care of. She confirms that the mum wasn't "alone in this feeling".

"I think for me part of the terror is just having these moments where I feel like my entire parenting relationship is just called into question."

User mynameisearnestine agrees that it can be "chilling" to find how your child might get pleasure from violence and destruction. 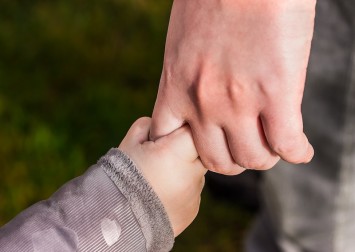 She adds, "Like it makes me wonder if the rest of the time (the time where my daughter seems adjusted, where we are in a healthy relationship) is just an illusion.

"Your reaction probably scares her and she wants to keep getting it so she can understand it better."

Redditor clipclopdontstop assures that if her daughter is only doing it on rare occasions, then it can be normal behaviour.

She also suggests that the four-year-old might possibly be testing out the boundaries of her parents' reactions, which is what makes her behave this way.

The user added, "Kids also want to know that they are accepted no matter what they do, they test you so they can figure this out."

"You need to set a clear limit and then say something like, 'I love you always, no matter what you do or say.' You are human and can't react perfectly every time. But it's worth trying to learn to regulate because that would likely improve her behaviour at lot," she says.