'No need for enrichment classes': Mother of 5 shares how her family gets by in expensive Singapore

The typical Singaporean family that we see today usually only has 1 or 2 children. Some blame it on the "Stop at Two" family planning campaign of the 1970s, but my guess is that the media campaign only catalysed what was inevitable.

Increasing costs of living and Singaporean couples marrying later due to career goals are key causal factors, mirrored in other developed cities.

Yet, it seems like the trend may be reversing in recent years. A growing number of Singaporeans are deciding to raise more than 2 children. In an ST article that was published in 2018, Singapore experienced a bumper crop of babies who were the fourth child (or more) in their families.

In the first article of our Big Families Series, we speak to Junia, a General Manager with 5 children to see how her family copes. She and her husband, Derek, a Grab driver, have 5 children, ages 1, 5, 7, 9 and 13. Junia says that she had never planned to have 5 children, but attributed it to a lack of precaution and fruitfulness.

"Given that children are a blessing from God, we gratefully and lovingly nurture all 5," she says.

Junia also runs a Youtube channel Modern Asian Mother as a side project to impart parenting tips and tricks to other Singaporean parents.

"Wah, but 5 children leh," you must be wondering, just like us. We ask her more important questions:

1. STATISTICS QUOTE ABOUT $360,000 AS A MIDDLE-RANGE COST FOR RAISING A CHILD IN SINGAPORE. DO YOU AGREE WITH THIS NUMBER?

In the early days, we spent $1,000 a month on childcare for the 2 girls, so we were delighted when primary school started because it only costed $12 a month! If we consider 4 years of preschool at $500 a month, one child probably costs $24,000.

We sent our eldest child to Shichida. It costed $3,500 a year. We then reused the materials for the others. Now, the only tuition classes the girls have is a weekly mandarin class that works out to about $2,000 each a year. Over the 6 years in primary school, that would add up to be $12,000.

As for pocket money, we keep to $100/month for each child who is in primary school, since they eat at home mostly, $7,200. From secondary school onwards, we increase it accordingly. Clothes and food are quite dependant on each family, but my guesstimate is about $150,000 in all to support a child until he or she graduates from university.

2. WHAT KIND OF REACTION DO YOU GET FROM PEOPLE AROUND YOU WHEN THEY LEARN YOU HAVE 5 KIDS?

I usually get shocked faces. People will ask how we manage 5 when they can't even cope with "1 or 2 or 3". I always say that it gets easier actually. With 1, the parent will have to be the designated playmate. There's sibling rivalry with no "tie-breaker" with 2 children and with 3, you have to deal with middle child syndrome.

5 is great because they're their own play group. Honestly, my husband and I have more 'couple-time' with 5, cos they pretty much look after themselves. Once, we were at a cafe when someone asked if all 5 were ours!

3. DO YOU EVER FEEL STIGMA FROM SOCIETY?

No. Even if there is, we're so busy with them I've got no time to bother about what others think. People will always have their opinions. As long as the kids live life with the values we inculcate, we're good.

4. WHAT ARE SOME SACRIFICES YOU HAVE MADE AS A RESULT OF HAVING 5 KIDS?

Definitely less time for myself. I take the girls on one-on-one weekly dates, spend weekly 'learning sessions' with each one and make it a point to have family dinners at least 5 times a week. So, time is really my scarcest resource.

Holidays are restricted to kid-friendly places. Thank God I've done every dangerous thing when I was younger. My advice for young couples who will soon become parents is to do all you want before kids come. Then, you can be free from any resentment or regret. Now, safety is a priority.

But having said all that, I find it joyful that the home is never quiet! There are many different personalities at play.

5. DO YOU HAVE ANY SUPPORT RAISING UP YOUR CHILDREN?

Yes. We have a 1 domestic helper. We're clear she's there to help only. The kids do simple chores, washing their plates after dinner, folding laundry. As amateur as their initial results are, we praise their efforts as we aim to bring up kids who will contribute to their world.

6. ANY BUDGETING TIPS WHEN IT COMES TO RAISING CHILDREN?

The first thing is to cut down on clothes. We've bought expensive clothes that the kids never wear at all. Usually they have their favourites and tend to wear those all the time. Actually, each kid really only needs 4 different outfits to wear at home, and 5 sets for going out. They wear their uniform every day anyway! 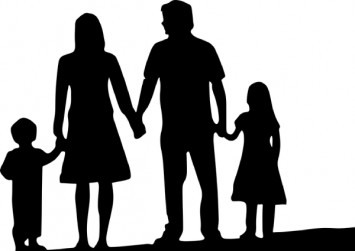 We also find that there is no need for enrichment classes. We started with Shichida as we wanted to give our kid the best. While it was great, we've realised that what really makes a difference is quality time spent with our kids, encouraging, teaching them how to think for themselves and listening to them.

Many Singaporean parents are too focused on perfect grades. Who can blame them? Parent-teacher meetings are always result-centric. We consciously try to enjoy the process instead. I always encourage the children the concept of "not yet" (e.g. "I have not learned it yet" rather than "I'll never learn it.")

Another trick for us is to buy annual passes for attractions and going as many times so it's out of the children's "system" for that period. (e.g. Legoland, Zoo, Night Safari, etc.)

7. HOW ARE YOU PLANNING FOR YOUR CHILDREN'S FUTURE EDUCATION COSTS?

They will have to get scholarships! When our eldest said she wanted to be a vet, we researched and found out that she will have to go overseas and the cost is about $1 million!

On a serious note, we are committed to providing them the education they need to set them for the life they want. They need to be clear on what that is first though, so for now, we spend time anchoring them on life skills such as problem solving, creative solutions, independent thinking, exposing them and asking them what 'world problem' they want to take on.

8. DO YOU THINK THAT GOVERNMENT SUBSIDIES, GRANTS, AND BABY BONUSES ARE SUFFICIENT, AND WILL THEY CONVINCE YOUNG COUPLES TO BEAR CHILDREN?

They're definitely not enough to bring kids up in Singapore, but we believe the onus should be on the parents to provide for the kids, so anything is a real bonus! My view is that the government doesn't have to give, and we see it as a privilege to be in Singapore where it's safe and tokens like subsidies show that the government cares.