Op-Ed: Why I gave up wearing a bra

Recently, I came across an article in the Korean Herald on K-pop idol Sulli, formerly of girl group f(x).

Sulli wasn't in the papers promoting her latest project or public appearance, but rather, defending her choice to go bra-free regularly and posting it on social media. It seemed like every time Sulli appeared in a photo sans bra, she would get a flurry of comments, some supportive and some expressing disgust.

While she is a relatively controversy-free celebrity, she had recently ignited a heated debate when she officially addressed the issue on a variety show called "Night of Hate Comments".

"Going braless is one's freedom. Bras have wires; they are not good for health. Not wearing one is comfortable. That is something beautiful and natural, "she said. "When I upload my photos without a bra, people talk about it a lot. I could have been scared. But I didn't because I thought it would be nice if more people could discard their prejudices. It's really not as big of a deal as people think."

And as someone who ditched wearing a bra regularly a couple of years back, I relate so much to this. In fact, to keep in the spirit of this article, I even took my bralette off as I was writing this. [Ed: Hello, HR?] I'm pretty sure no one even noticed. In fact, this isn't the first time I've done this at work.

At the height of my bra-free days, I once removed a strapless underwire bra halfway through the workday (and discreetly at my table no less) because it was so uncomfortable that I couldn't concentrate on my work.

Growing up as a child I was really excited to wear a bra. When my boobs started growing in at 11, I was elated when my mother brought me bra shopping. T

hroughout puberty, my friends and I would hit up Pierre Cardin and La Senza, showing off our latest purchases through our paper-thin school uniform blouses like they were collectable Pokemon cards.

I didn't really question why I had to wear one, it just seemed like something grown women did and having a bra collection made me feel like I was on the way to becoming one.

And so for years I just kept adding to my collection, which by the way, is ever-changing (and not to mention expensive to upkeep) as the shape and size of our breasts will fluctuate due to hormonal changes or weight gain/loss.

To be honest, I'm even sure when exactly I decided to ditch them. The earliest memory I can attribute it to was in 2012. I definitely didn't have some sort of feminist epiphany. In fact, I think I just grew older and started to prioritize comfort over societal norms.

TL;DR: I just decided to stop giving a f*ck.

And when I finally did…omg, it made a world of a difference. You know that feeling you get when you remove your bra at the end of the long day? 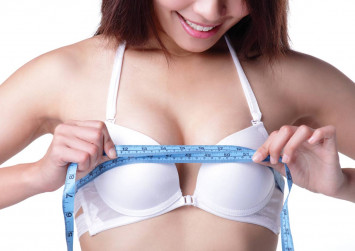 My clothes even fit better because I didn't have any unnecessary padding. Besides, I tend to layer fitted tops underneath most of my clothes which all the more made wearing a bra seem quite redundant.

It was oddly empowering, and it made me feel like I had this secret that the world didn't know about. I definitely felt a lot more confident.

I even went bra-free at a friend's wedding because my bridesmaid dress was pretty fitted and I didn't have a proper bra for it. My nipples now forever haunt the wedding photos on several Facebook albums.

Who else can relate?

But the pros didn't come without any cons either. It took a while to condition the people around me. At the start of my bra ban, my mother made a comment that my pointed nipples were offensive.

While I know she didn't mean to outrightly shame me, I stood by my argument that men had the exact same nipples - how was it ok if their nipples stuck out but not for women? We live in a world where women's nipples have been so sexualised to a point where we aren't allowed to have them show up anywhere uninvited - with or without any clothing covering them.

Read Also
What bras to wear when doing sports 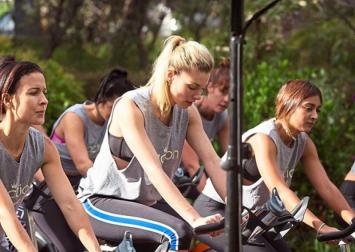 But this isn't to say bras are evil and that I've burnt all of mine. I still do like them for ~aesthetics~ and at a 34B/C, I still need them when I'm exercising or when I'm moving about a lot during photo shoots. And for my bigger breasted sisters, I'm sure they might not have the privilege of going as bra-free as they would like due to the support their heavy bossoms require.

At the end of the day, breasts are natural…whereas bras are not! It's a man-made invention, which means your boobs don't need them to thrive. But free the nipple or not, it's a personal decision.

You don't have to give them up entirely, but do try to limit their use. If you're at home or going to sleep, just don't wear one. You'll feel much more comfortable and your breasts will thank you. And if the delivery guy sees your nipples poking through for an uncomfortable 15 seconds as you sign his device? Just say nevermind lah.

Scroll through to read how our team feels about bras.

I was brought up to think that girls should wear bras once they have developed breasts, especially if they’re meeting people outside the family. 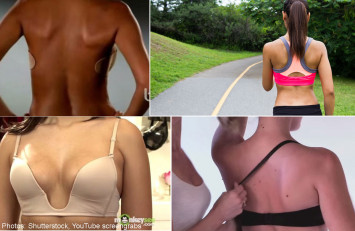 I live in an all-female household, so I don’t wear bras at home, but when the courier or food delivery guy comes, I either have to frantically put on a bra, or I crouch a bit as I’m getting the parcel so they don’t see my breasts/nipples (not that it helps much).

However, I have to agree that not wearing bra is the most comfortable feeling ever and while I would love to pluck up the courage to go braless 24/7, I’ve been conditioned to think I shouldn’t go braless in public.

My alternative: wearing bras that don’t come with underwire, which means they’re 500 per cent more comfortable.

This has made me obsessed with buying bras in my quest to find the Most Comfortable ‘Braless’ Bra.”

I generally don't go braless because my tatas need the support, thus my bras normally have underwire, so I have gotten used to it by buying bra designs that have a wider cup for more comfort. My job also requires me to have maximum agility so my bra becomes crucial in keeping my bits from excessive motion, as that can become painful after some time.

When it comes to the subject of freeing the nips, I believe it should boil down to comfort. If one feels comfortable showing their natural anatomy (which all mammals have), there's no voodoo to erase that. I choose to wear a bra to ensure that I can do my job best." 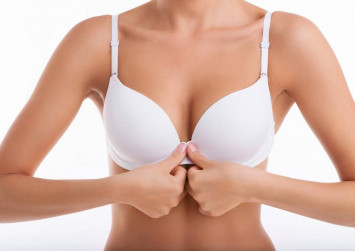 "I remember the first time I went braless outside my house for a bit. It was just outside my house in the corridor but my female neighbour came up to me and whispered for me to put on a bra because she can see my nipples. I was 14, and ever since then, I became super-conscious. But later on in my twenties, at the behest of a friend, I decided to give it a go again.

I was scared shitless the first time I went braless in public since that incident, but all reservations went out the window when I tasted that sweet liberation for the first time. So far, I haven't been harassed because my nipples were poking through my shirt, so it's all good lah."

"I totally support women to go braless with no judgment from society. The best feeling of my daily life is always taking my bra off after I get back home. So, why not? Personally, I still prefer to wear a bra most of the time as I feel secure with one. However, I wouldn’t wear one if I was heading out only for a short while. It also really depends on my outfit, place and situation and I’m cool with forgoing one as long as I don’t have an accidental wardrobe malfunction!”

"So, I grew up in an environment where it was not ok to go out braless, and that ingrained behaviour has stuck with me since. Now even if I may want to go without a bra, it just feels weird. I won’t wear a bra at home, but going out means putting one on – underwire and all."

This article was first published in Cleo Singapore.