Property: What happens to the HDB flat after the owner passes on?

As we have seen too  often, descendants sometimes get into ugly fights over inherited property, end up in court or get their squabbles splashed all over the media (a certain 38 Oxley Road comes to mind, but  let's not go there).

After all, in Singapore, property investment is a national obsession. Even our "humble" HDB flats are worth hundreds of thousands of dollars each, and, in many cases, over $1 million.

Whether you are a flat owner or will inherit a flat someday, here're some answers to FAQs to keep yourself educated.

WHAT HAPPENS TO A HDB FLAT IF ONE CO-OWNER PASSES AWAY?

In Singapore, couples commonly buy their flats under the joint-ownership scheme where both hold an equal share.

Read Also
What to do when a loved one passes away in Singapore? Things to prepare within the next 24 hours 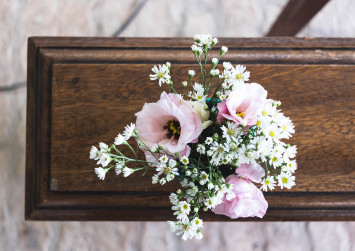 When one of them passes away, the right of survivorship applies and the other owner will take sole ownership of the flat, as long as he/she fulfils all the eligibility conditions.

In some cases, parents may buy a HDB flat together with a child, as joint owners. When one owner passes on (be it a parent or the child), the remaining  two will take over the flat.

He/ she/they must be a Singapore Citizen (SC) or Singapore Permanent Resident (SPR), be at least 21 years old, and satisfy all of HDB's current eligibility rules and conditions to own a flat (see www.hdb.gov.sg for full details).

If the HDB flat is bought under a tenancy-in-common scheme (e.g. two singles buying a flat together, or a couple buying the flat under unequal shares such as 70 per cent  vs 30 per cent), the deceased person's share will be split according to whether he/she left a will, or by the Intestate Succession Act (see box story).

HOW DOES ONE  INHERIT AND TRANSFER OWNERSHIP OF A HDB FLAT?

If you are the deceased's remaining family, you can retain the flat and take over its ownership, as long as you fulfil HDB's criteria stated above. If the deceased left behind a will, the bereaved family should hire a lawyer to apply for the Grant of Probate. This gives the Executor the legal authority to manage the estate according to the deceased's wishes.

Low Po-Yu, a senior marketing director with ERA, bought her HDB flat in 2016 from a family who inherited it from their late mother. "The mother had already written a will with a Grant of Probate.

She named her daughter as the Executor of her will, and the daughter acted accordingly. The proceeds from the sale of the flat were then split among the children equally," said Po-Yu.

In the event that the deceased did not leave behind a will, the Intestate Succession Act will apply. You will need to get a lawyer to apply for the Grant of Letters of Administration.

WHO MUST THE NEXT-OF-KIN INFORM IF THE FLAT OWNER PASSES AWAY, IN ORDER TO INHERIT IT? 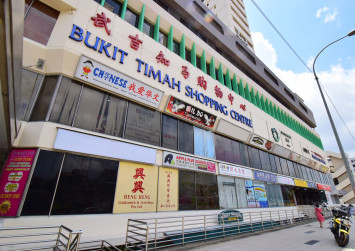 A Notice of Death must be submitted to the Singapore Land Authority (SLA) so that  it can update the records. The easy way is to engage HDB's legal services at the managing HDB branch office nearest to the flat, which will do it for a fee, says Po-Yu.

However, there is a money- saving tip. "Many people think they have to go via HDB but you can do it yourself, via SLA's website (www.sla.gov.sg) and fill in the form required to register a Notice of Death," she says.

Bring the printed copy with the authorisation from the surviving spouse (if he/she is unable to do it personally), the identity cards of remaining joint-owners, the original death certificate, evidence of estate duty clearance for the deceased owner's estate (only applicable for death occurring before Feb 15, 2008) and duplicate lease (if any).

When the Grant of Letters of Administration or the Grant of Probate has been obtained, either engage your own lawyer or appoint HDB's to act for you to register your legal right as the Administrator or Executor. (Check with the relevant HDB branch handling the deceased's flat to make the application). You'll need:

If you are an Administrator/ Executor, you will have to:

MY UNMARRIED SIBLING IS LIVING WITH MY MOTHER IN OUR FAMILY HDB FLAT. I CO-OWN A HDB FLAT WITH MY WIFE. WHAT HAPPENS TO OUR FAMILY HOME WHEN MUM PASSES ON?

If your mum left a will, then it is a matter of following her wishes. If not, the house's proceeds will be split according to the Intestate Succession Act.

Some parents choose  to will the HDB flat to an unmarried child, leaving the other siblings with a much smaller cash inheritance. "This will be a private family settlement and will depend on whether the unmarried sibling is willing to sell the flat and share the proceeds," says Po-Yu.

However, he/she has no legal obligation to do so, even if the older siblings had contributed to paying for the flat previously, though this may be a point of contention should the disgruntled siblings decide to fight it out in court. In one happy ending, the youngest sibling who was willed the flat volunteered to sell and share the hefty inheritance in equal parts with his two siblings, which helped them to upgrade their homes.

If the child who inherited the flat already owns a flat, he/she must choose to keep one and sell the other, as HDB does not allow anyone to own two HDB flats.

MY FATHER MARRIED A FOREIGNER AFTER HIS DIVORCE WITH MY MUM. IF HE PASSES AWAY, WILL HIS FLAT GO TO HIS NEW WIFE? WILL HIS CHILDREN INHERIT ANYTHING AT ALL?

It depends on his will. If he decides to will his entire fortune - flat included - to his new wife, it will go to her, though, as a foreigner, she is not allowed to own a HDB flat. In this case, she will get the proceeds after it is sold.

If he dies without a will, the flat will be subjected to the Intestate Succession Act. In this case, you and your siblings (or half-siblings, if your dad has any children with his new wife) will inherit half of it.

WHAT HAPPENS IF BOTH OF THE FLAT'S OWNERS PASS AWAY AT THE SAME TIME?

In the unfortunate event that both owners die together in, say, a car or airplane crash and it is impossible to determine who died first, the court will assume the older person (for example, the husband) passed away first. Assuming both did not leave behind any will, this is how the HDB flat will be distributed.

The husband's estate, including his share of the HDB flat, will go to his wife. Since she is also dead, it will be distributed according  to the Intestate Succession Act (see box story).

In addition to making a will, it is also essential for property owners to make a Lasting Power of Attorney, which allows a person who is at least 21 years of age ("donor"), to voluntarily appoint one or more persons ("donee(s)") to make decisions on property matters and act on his/ her behalf should he/ she lose mental capacity one day. Visit www.publicguardian.gov.sg for more information.