Pulau Ubin, Coney Island and 5 other nearby Singapore islands where you don’t need a passport to visit

You’ve probably caught yourself referring to Singapore as “this island” at least once in your life. But technically, Singapore is made up of 63 islands. Yup, that’s a lot!

The two islands Singaporeans are most familiar with are Sentosa and Pulau Tekong. (If you’re a tourist, please don’t try to organise a trip to the latter.) But they’re not the only ones.

Since we’re stuck in Singapore for the foreseeable future, it’s time to visit these 7 offshore islands which you can explore on day trips without your passport — while staying socially responsible.

At the other end of the country on the northeastern fringes of Punggol lies Coney Island — and no, even the LRT does not go there. 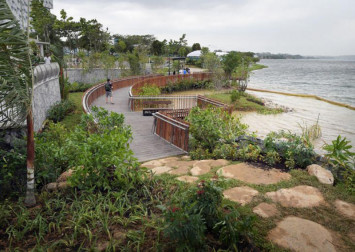 You’ll see it labelled Serangoon Island on Google Maps as it was originally named Pulau Serangoon before it was sold to some rich businessman in the 1950s who developed it into a leisure resort.

Fast forward 50 odd years, after several reclamation projects by NParks, Coney Island is now the wild and uninhabited plot of land for a day out in nature.

Amazingly enough, Coney Island has not yet been taken over by some big shopping mall or condo development and it’s as far away from Sentosa as it can get.

The best way to explore it is to rent a bicycle from near where the entrance and toilets are and ride through. Note that it’s a shared path with pedestrians. Don’t forget to use the toilets and water coolers at the entrance as there are none once you enter the park!

Other places to explore on Coney Land include the beach, which is hidden from the main thoroughfare, an abandoned mansion and the red bridge to Lorong Halus wetland.

Don’t forget to take that Instagram shot of you and your mates outside the Coney Island gates.

Opening hours: 7am to 7pm

Where to eat: Near the start of the bike trail, there are several restaurants housed under The Punggol Settlement hub offering seafood, local zichar, Thai, Indian and Western fare.

There’s no kopitiam nearby, so be prepared to spend upwards of $10.

Near the Lorong Halus red bridge are also the Punggol East Container Park with several eateries and the popular cafe Whisk & Paddle.

This is the best known and most-visited (by tourists, not NS men) island after Sentosa.

But it couldn’t be more different from the latter. You’ll be rewarded with one of Singapore’s last kampungs, surrounded by jungle and mangrove swamps, and flanked by views of the sea.

Read Also
5 fun things to do on St John's Island, Singapore's offshore gem only 30 minutes away 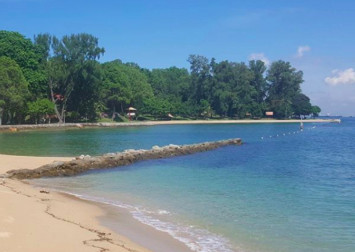 So what to do on Pulau Ubin? Why, cycling of course. Rent a bicycle from any of the bicycle shops along the road from the ferry arrival area. Prices range from $8 to $20 per day but it’s advised to take a sturdy mountain bike.

A popular route is to ride out to the Chek Jawa Wetlands, a unique ecosystem that includes beaches, mangroves, forest and more.

The seven-storey high Jejawi Tower there is also worth the climb for a panoramic view of the jungle.

NParks holds guided tours on weekends but they’re all fully booked for now. You can try your luck and register for the waitlist and pray that people drop out. A tour costs $60 and accommodates a maximum of 5.

For the more adventurous thrill-seekers who know what they’re doing, the Ketam Mountain Bike Park is where you can clock a solid 10km around the Ketam Quarry.

The quarry is one of 5 inactive quarries on the island that you can cycle to some for some birdwatching, or you know, to get that Instagram pic.

Guess what, you can also camp on Ubin at designated campsites (Jelutong, Mamam, Urban Living Lab) and can even bring your own food to cook. Unfortunately, NParks has suspended camping for now due to Covid-19.

Price of bumboat tickets to Pulau Ubin from Changi Point: $4 each way since mid-2020, which adds up to $8 per round trip. Bring cash!

Operating hours: 7am to 7pm (recommended to leave before sunset)

Bicycle rental: approx $8 to $20 for a day. Prices and timing vary at individual shops.

Tip: Opt for sturdy mountain bikes and don’t always go with the cheapest option as the bikes may not be in the best condition to navigate the Ubin trails. Get a helmet too and heed the signs that tell you to dismount your bike and push as there have been fatal accidents.

That’s right, the island’s got a whole bunch of tortoise statues which commemorate the fact that it’s name actually means Tortoise Island, thanks to an old legend about a tortoise turning into an island in order to save some humans.

Many of the visitors come to the islands to pray at the Da Bo Gong Temple and climb the 152 steps up the hill to visit the three kramats or Muslim shrines.

Take food and drinks with you and have a picnic along the beach or one of the picnic tables and shelters around. Unfortunately, the Tortoise Sanctuary remains closed for now.

If your idea of a great day trip involves some culture sprinkled in with your nature, you’ll like Kusu Island.

The island is rumoured to be haunted as it was formerly a quarantine site for immigrants who arrived with infectious diseases such as cholera in the late 19th century. After that, it was used to hold political detainees and later on, a drug rehabilitation centre.

These days, St John’s is a peaceful, idyllic little slice of nature thanks to its many cats, beaches and lagoons.

Visit the gallery at the Marine Park Outreach and Education Centre or Download a map of the 2.8km St John’s Island Trail from NParks and do your own self-guided walk to learn more about the native flora and fauna.

NParks usually holds 1.5-hour guided tours on the first Sunday of every month but slots go fast, so you’ll need to register online. The next tour on 4 Oct 2020 is already fully booked, so keep an eye out for the next booking which opens on 4 Oct 2020, 10am for the 1 Nov 2020 tour.

The island has a nice beach and is usually deserted, making it one of the few places in Singapore not plagued by crowds. Though it’s usually touted for its pristine beaches, there are spots where you can see trash.

Don’t expect to find any amenities here either, so make sure you use the toilets on St John’s Island first before heading over.

Nature lovers have been eyeing Sister’s Islands ever since they were awarded marine park status a few years back. These two islands are home to some of the most untouched natural landscapes in Singapore.

The smaller of the two islands, aptly named Little Sister’s Island, is not open to the public as it’s designated for conservation and research.

The one you can visit is Big Sister’s Island, which is teeming with marine life from eagle rays, seahorses andHawksbill turtles to over 100 species of reef fish. There are also more than 250 species of hard corals that function to protect the shoreline from erosion.

Certified divers can go under the sea here and explore the two marked dive trails that go to a depth of 15m. For the rest of us normal folks, NParks has guided intertidal walks that let visitors experience the island’s rich biodiversity.

At the time of writing, all these activities have been suspended for now but you can still explore the forest trails and just escape for a day out in nature.

As there are no scheduled ferry services to the Sisters’ Islands, you’ll need to charter your own boat from Marina South Pier or West Coast Pier. Expect to pay at least $200.

Opening hours: 7am to 7pm, daily

To the superstitious, Pulau Hantu’s name is scary as hell. Hantu means ghost in Malay. Wow, it already sounds like it’s going to be a great trip … .

Singaporean divers sometimes visit Pulau Hantu as it is one of the few decent dive spots. Strictly speaking, Pulau Hantu is actually composed of two separate islets — Pulau Hantu Besar and Pulau Hantu Kechil. At low tide, you can wade from one island to the other.

It’s also one of the few coastal areas in Singapore where you can swim and snorkel without feeling like you’re going to turn into the Swamp Thing.

If you’re not a diver or fishing enthusiast, you might not have considered visiting Pulau Hantu as there are no regular boat services that can take you there.

You’ll have to charter your own boat, which can cost at least $300 two ways. At such prices, you don’t want to go alone, ghosts or no ghosts.