One mum, Alice (not her real name), thought all about these things when she first found out she was pregnant. Speaking to theAsianparent, Alice said she read about all these things as she "watched [her] body change before [her] eyes."

What she noticed next was a small lump starting to grow next to her left breast in the first trimester of her pregnancy. "I didn't know what it was. It started hurting and of course, it scared me." Alice saw multiple doctors, and even an oncologist to get it checked, and each time, she was told nothing close to having it identified as an accessory breast. "It really started to worry me. I asked for more and more opinions until I finally got my answer."

It was only after when Alice went to see a specialist and local professor in the medical field that she finally got some clarity on this condition she was developing. "It was a sigh of relief! I was merely growing a third breast, apparently." The small lump was instantly identified as an accessory breast.

WHAT IS AN ACCESSORY BREAST?

Studies have also indicated that Asian women, specifically Japanese women, suffer from this condition more than others. 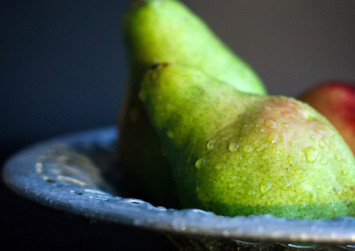 Another thing about accessory breasts is that they also have the capabilities to produce milk. The hormonal changes during pregnancy and lactation are one of the triggers for this condition.

"Initially, when I got pregnant, all I noticed was the lump next to my left breast. But as I entered my second trimester, I noticed a mole growing on the lump. This eventually became a nipple. I noticed another "mole" growing on the right side, which the doctor told me was also a nipple though no evident breast tissue was present," she said. "So now, I had a total of three breasts and four nipples."

HOW MANY TYPES OF ACCESSORY BREASTS ARE THERE?

Accessory breasts have many types. This is the entire list of classifications of accessory breast tissue (also known as Polymastia or supernumerary breasts):

HOW TO IDENTIFY AN ACCESSORY BREAST

For a conclusive diagnosis, once they can get an ultrasound to make sure that what they have is actually an accessory breast. A radiologist will scan through to ensure that only breast tissue is present. It is typically indistinguishable from a normal breast.

According to Alice, hers was considered a very straightforward case. For very challenging atypical and extremely rare cases, a breast MRI will be performed.

SO WHAT NEXT? CAN YOU TREAT OR REMOVE AN ACCESSORY BREAST?

Accessory breasts can be removed. However, removal involves an excision procedure or liposuction. As such, many hospitals would engage a cosmetic surgeon or a general surgeon to remove the accessory breast tissue. It's good to note that insurance companies do not cover cosmetic procedures-only ones that are necessary. They will only cover it if the accessory breast starts to pose a health risk.

It is not necessary to have it removed as it usually should not cause you any inconvenience apart from aesthetics and mild pain or discomfort from time to time.

Removing it can cause surgical complications such as contour irregularities, seromas, and even possible recurrence. Those who worry about the development of carcinoma (cancer) would seek to remove the lump.

As for Alice, she said she's living with three breasts, four nipples and two areola for the time being. "The only thing I am anticipating now is whether I'll be able to breastfeed my baby with the third breast."