Apart from the R8, the other car that's given me an immense shot of adrenaline with every drive is the Audi RS 5 Sportback, which I reviewed a little more than a year ago and became smitten by its dichotomous charm. So when I was offered the keys to drive the facelifted model last week, I gleefully accepted.

Like before, there's a moment of theatre at the start of every drive; the engine comes to life with an unapologetic brashness, making a grand entrance to everyone within considerable earshot. This is the same 2.9-litre twin-turbo V6 TFSI engine from the pre-facelift model, and it's no less eager to unleash its 450 hp.

It offers the same amount of shove-600 Nm between 1,900 and 5,000 rpm-and completes the century sprint in 3.9 seconds. The same eight-speed tiptronic gearbox has been carried over as well, but with a little new characteristic. When the transmission is in sport, manual upshifts are delivered with a faint recoil. The jolts get more pronounced in permanent Manual-Sport mode, which is entertaining.

The RS sport exhaust system (an additional S$5,898) provides the option between discretion and ostentation. It seems to backfire a lot when in its most aggressive setting; it's hilarious but can easily be restrained when the novelty wears off.

The updated RS 5 Sportback now features the latest RS design language, most noticeably the implied air vents-an homage to the classic Audi Sport quattro from 1984-where the bonnet meets the revised Singleframe grille. The grille is flatter, wider, and flanked by large pentagonal side intakes with functional inlets that channel air towards the front wheels.

There are new side sills, and the wheel arches are flared an additional 15 mm on each side as another reference to their quattro genetics. The previous RS 5's matte aluminium trims have been replaced by black surfaces instead; they work well with the Nardo Grey body paint which, I was told, Audi came up with.

Another distinctive part of this model is the 5-arm peak style wheels. Milled from single blocks of aluminium, they are impressively three-dimensional with plenty of depth and details to their design. While the non-metallic grey and bronze colours on a car may divide opinions, I grew fond of this combination. Good things don't come cheap though: This set of wheels are a S$9,584 upgrade.

The standard RS sport suspension is firm but keeps the ride composed, both at pupil-dilating speeds around turns or just over speed humps and regulating strips. Whether it was bone-dry or pouring with rain, the low-profile 275/30R20 Continental SportContact 6 tyres kept the RS 5 hugged to the road while impressively muting any tyre roar.

On fast exits out of turns, I could feel the RS 5's rear-biased quattro permanent all-wheel drive at work, giving the car a pleasing sense of balance as it tracked along my intended line. When needed, the centre differential can redirect up to 70 per cent of the drive to the front, or up to 85 per cent to the rear.

The new shift paddles, now in metal instead of the plastic before, feel more appropriate for a car of this standing. The facelift also introduces two new RS modes which can be individually customised and accessed by pressing a button on the steering wheel. This is an overdue addition, considering others like BMW's M cars and even my Hyundai i30 N have been allowing drivers to access customised driving modes through switchgear on the steering wheel.

It didn't take long to find the ideal position in the contoured and electrically-adjustable RS sport seats. The standard configuration for Singapore includes fine Nappa leather and a honeycomb pattern on the upholstery. Front occupants can also enjoy the chairs' massage function, perfect for long drives when the borders eventually reopen.

The top-of-the-range MMI Navigation plus infotainment system is now accessed through a larger 10.1-inch MMI touch display based on the new third-generation modular infotainment platform (MIB 3). The touchscreen is angled towards the driver for better accessibility, but it has an annoying safety feature:

When the car is anything but stationary, it disables character input via the on-screen keyboard, with no option to disable it even if it's the front passenger who's the one entering an address into the proprietary navigation system or Google Maps through Apple CarPlay on my iPhone.

Read Also
Most common myths about hybrid cars: How do they really work? 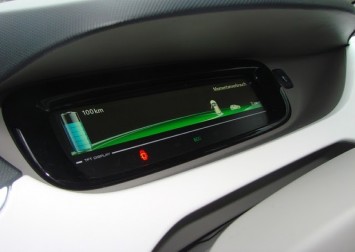 There should be a manual override that's easily accessible. Behind the steering wheel, the new 12.3-inch Audi Virtual Cockpit now provides a fully digital and customisable display area where previously the fuel and engine oil temperature levels were shown as analogue readings.

All these accoutrements help bring the RS 5 up-to-date with Audi's intended user experience for their current models, but they are ultimately tinsel under a Christmas tree.

The RS 5 Sportback is characterised by its handsome looks, perfect proportions, incredible drivetrain and sonorous exhaust note, and it's this sense of drama and theatre-with its jaw-dropping acoustics-that I'll miss when electric vehicles eventually take over the roads in Singapore.

Updates to the facelifted Audi RS 5 Sportback may give it a more impish personality, but it continues to drip with abundant charm.