The new musical fountain will use the existing infrastructure of the outdoor night show Wings of Time.

SINGAPORE - Sentosa's musical fountain, which was torn down in 2007 to make way for Resorts World Sentosa, will return to the island resort later this year as part of a new beach bazaar concept.

The Central Beach Bazaar, located next to the Beach Station, will open in September, said Mr Buhdy Bok, managing director of Mount Faber Leisure Group, a subsidiary of the Sentosa Development Corporation, on Thursday (July 14).

The day-to-night bazaar will have three new attractions, including what is said to be the tallest fountain in Southeast Asia and a multi-food-and-beverage concept.

The new musical fountain will use the existing infrastructure of the outdoor night show Wings of Time, which has been upgraded to include more pyrotechnic effects.

The musical fountain was a prominent feature of Sentosa's landscape from 1982 to 2007 and a crowd favourite then.

Mr Ronald Ng, 37, was only five years old when he last visited the fountain, but he remembers the light show as being "spectacular".

The information technology executive said the layout of the old fountain resembled the gardens of the Taj Mahal in India.

Ms Yap, who declined to give her full name, recalled being "very excited" by the laser lights and music when she watched shows at the old fountain in the 1980s.

The 73-year-old general insurance agent said she would like to visit the new fountain to compare it with her past experience.

Mr Bok said: "We always knew that the old fountain was very popular, and so we felt that it would be very exciting and interesting for the locals (if it is brought back)."

The musical fountain will operate from 11am, with the last show at 4.30pm. There will be two shows of five minutes each running every hour.

The first show will feature music from the 1990s while the second will have a medley of well-loved National Day songs. The medley was compiled specifically for the new fountain.

Among the new attractions at the bazaar is the Sentosa SkyJet, a fountain which can rise up to 80m above the water, making it the tallest fountain in Southeast Asia. 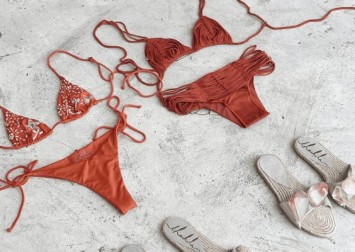 It is anchored by weights in the seabed, enabling it to float on the water. At night, it will be lit by an underwater projector with full-colour LED lights.

The SkyJet is designed to complement the Wings of Time show.

Mr Bok said: "The SkyJet is a powerful symbol to celebrate the recovery of Singapore's tourism as the nation welcomes back international visitors as a world-class tourist destination."

Mr Bok added: "We took the opportunity of the (Covid-19) pandemic tourism lull to reimagine, pivot and transform our offering that was essentially operating only in the evenings into one that is able to delight our customers from day to night.

"It also appeals to both tourists and locals."