A female private investigator (PI) may be uncommon in Singapore, but not unheard of-a quick Google search for one in Singapore will yield a couple of relevant results.

But why hire a female PI?

For one, women have easier access to certain places and sometimes draw less attention, which might be crucial in certain stakeouts. And of course, women understand other women.

At least that's what local female PI Liora* prides herself on doing.

She's a member of the staff at Angels, a private investigation agency that specialises in spousal surveillance and only caters to female clients.

"There is no difference in job scope between a male PI and a female PI. But as a woman, and as someone who went through a similar experience, I'm able to relate to a specific group of clients," she says.

But lest you picture private investigative work to be action-packed or even glamorous, you ought to know that it's anything but.

"I can't choose the location of the stakeout and the weather can get really hot, so it can be very tiring to wait at a bad spot for hours," she explains. "Plus, I don't always get to eat at regular hours. And when there's just no proper place to eat, I have to either do it standing up or sitting on the floor."

But despite her gripes, she doesn't dislike her job. In fact, she actually took a substantial pay cut to join this field.

Currently in her early 40s, Liora first got acquainted with the work of a PI when she hired one a couple of years ago.

"They helped me to uncover some secrets about my marriage," she says. "I found the job to be meaningful. I didn't understand why there are so few female PIs when half of the clientele are women, so I decided to go into the industry."

So aside from fulfilling the professional requirements of her job, she makes it a point to act as a sounding board to her clients, most of whom are in their 30s and 40s.

"Some of them are very clear about what they want to do after they've gotten the information they need, but the others will ask me what they should do," she explains.

"I'll tell them, 'I can't decide for you, but whenever you need some to talk to, I'm here.' And, you know, a lot of times, they already have the answer. They just don't realise it until they talk it out."

But what exactly does she find so meaningful about the job that she gave up a cushy corporate life for?

"Many women are made to believe that it's they're fault, or that they're 'crazy', when they suspect their husbands of infidelity. But it's not always the case," she explains.

"In finding out what they need to know, I help them attain a peace of mind."

Apart from the physical challenges she faces during stakeout, Liora sometimes feels bothered by the stares she receives from strangers.

"When I have to remain at the same spot for hours, people would give me weird looks as if to say, 'What is this mad woman doing?' It can be very physically, mentally and emotionally torturous, especially since I gave up a good job to do this," she says.

She shares that she works in a team of at least three people during every stakeout for logistical reasons. But that doesn't mean that conducting surveillance is any less taxing, particularly when all of them have different responsibilities and have to always be operationally ready.

"There may be nothing happening for hours. But the moment there's movement, we need to be on our feet. We need to figure out which exit the person is going to take so that we can continue trailing them. We can't just think two or three steps ahead. We need to think five steps ahead," she explains.

"I can't reveal too much about our operations but picture this: we're following a person on foot and have no idea they have called a cab. We can't possibly wait until their car pulls up to figure out our own transport. It'll be too late. We need to do a lot of advanced planning."

Interestingly, the lull periods for PIs are during school holidays and festive occasions such as Chinese New Year. So although Liora sometimes sacrifices her weekends for work, she doesn't really miss out on time with her family during special occasions.

"If you ask me, it's not that people don't carry out their affairs during these periods. Our clients probably just don't want to stir up trouble during these times," she says.

Suffice it to say, Liora is in a position to bust some cheating myths. The one at the top of her list? That when a man cheats, it's because the third party is better-looking than the wife.

"I've met many gorgeous wives with supermodel figures. The mistresses don't always look as good as them, but the husbands still cheat," she says matter-of-factly.

"There can be several reasons why they do it, but at the end of the day, it's just that they want excitement or aren't contented. It's as simple as that."

Another popular myth is that only well-to-do people have extramarital affairs.

"It's not true. With the rise of dating apps and random chat groups, anything can happen as long as there's desire," she points out.

"It's also not true that only people in certain industries like, say, banking, have affairs. Cheating can happen between two people in any industry." 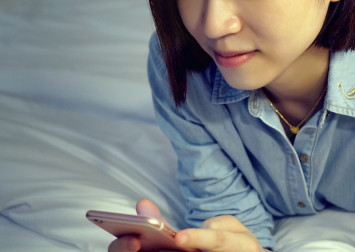 Yet another myth is that the incriminating evidence can always be found on the cheating spouse's phone.

This isn't necessarily the case because, in Liora's experience, cheating spouses these days have at least two phones and many keep the spare one in the office.

And the last myth that's no less startling? That the indiscretion only takes place after office hours.

"A lot of cheaters carry out the rendezvous during lunchtime or in the middle of a work day. They reach home by 7pm or 8pm and it's hard for their spouses to pick up on the cheating," she says.

"Plus, they spend the weekends with their families. So when some of my clients find out that their husbands are having affairs, they're devastated. They just couldn't tell."

"If they don't have a second phone, the biggest tell-tale sign that a spouse is cheating is probably that they can't live without their phone," says Liora.

Other signs include a sudden influx of overtime work and an abrupt change in the way they dress.

"Some clients have told me that their husbands also used different colognes when they were having affairs."

That said, just because one thinks that her spouse is cheating doesn't mean he is.

"I had a client who kept telling me that her husband was up to no good. We trailed him and found that it wasn't the case, but she kept insisting that he was," she shares.

"In the end, I told her, 'I'm going to trail him one last time. But if I find nothing, please believe that there's nothing to be worried about. I'm just reporting the facts.'"

Liora again didn't find anything suspicious, and the client decided not to engage her services any further after.

"If there really is no third party involved, the couple just has to work on their relationship," she says. She adds that an investigation usually takes a few months.

ALWAYS GATHER EVIDENCE BEFORE SPEAKING UP

It's no secret that many marriages are wrought with infidelity.

However, Liora is of the opinion that a cheating spouse shouldn't be confronted about their indiscretions unless there is concrete evidence.

"For example, most women, when they see, say, a questionable receipt, they'll immediately ask their husbands, 'Why did you go to this place today?' They think that by 'raising the alarm', the men will behave themselves," she says.

"But most of the time, they're sabotaging themselves because the husbands will then change up their usual routines. They'll figure out other ways to do stuff."

Plus, it's hard to have an honest conversation unless there is evidence. 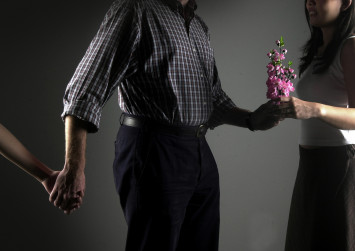 "Even if someone is having an affair, they wouldn't just admit to it and say, 'Yes, I'm cheating.' It's human instinct to be defensive. So, it's always best to observe things quietly first."

And let's be honest: if someone has an intention to cheat, they can't be stopped. After all, if there's a will, there's a way. But one can probably mitigate their odds of getting cheated on by-what else-choosing who they marry very wisely.

"I have clients who knew that their husbands have roving eyes before they got married. But they chose to believe that they'd be able to change them," says Liora.

It also pays to be patient because, at the end of the day, one may not even want to use the evidence gathered by the PI against their spouse.

"A lot of the time, the evidence is just for 'insurance'-like if a confrontation happens and they choose to divorce. It's like a trump card," she explains.

"But usually, when a couple chooses to rebuild their marriage, the spouse who hired a PI wouldn't bring up the evidence. There is no point."

*Liora is a pseudonym used by the private investigator. She withheld her real name for privacy and professional reasons.