If there's one thing that many of us can agree on, it's that ever since the circuit breaker hit Singapore, we've felt more stressed than usual — coping with new restrictions and work situations, as well as dealing with a pandemic at hand.

And these changes, which took most of us by surprise, have taken its toll.

A survey done by the National University Health System Mind Science Centre (NUHS MSC) in partnership with iamaccb website showed that more than 60 per cent of those who were working from home (WFH) reported feeling stressed at work.

What's surprising though is that only 53 per cent of the those working at the frontline, referring to those who still went out to work during circuit breaker, were feeling stressed at work.

And perhaps because of the lack of differentiation between home and work environments for those WFH, 51 per cent were stressed at home, compared to just 32 per cent for frontliners.

Similar findings were found in a study done by Cigna that saw an increase in the number of people in Singapore who suffered from work-related stress after WFH measures were implemented.

In an interview with Nikkei Asian Review, Mind Care Therapy Suites' principal clinical psychologist Gifford Chan said that handling personal and business commitments in the same physical setting is not easy, and this alone can be enough to induce stress.

"It is difficult to juggle being a manager and being a mother in the same place and at, literally, the same time. This lack of role clarity creates mental stress for the individual, which can spill over to create stress at work."

The handling of multiple roles at home during the pandemic is perhaps why women (63.8 per cent) were also more likely to report being stressed while WFH compared to men (52.5 per cent).

For example, project manager, Leong Lye Yin had to be the main caregiver for her children, aged five and 11, manage her son's home-based learning programme and work on her projects from home. Hence she was admittedly under higher stress levels while WFH.

"Naturally bosses expect the same level of productivity when employees work from home, but my time was divided between work and helping my son with his school work, as well as keeping my younger daughter occupied and engaged at home.

"My husband did try to help when he is home, but I feel that men are less detail-oriented, so the kids still come to me for the little things which can add up to a lot of time," she shared.

Coping well with WFH despite the higher stress levels

Based on the findings from NUHS MSC, despite the higher levels of stress, Singaporeans were still coping with work during this Covid-19 period, finding it manageable. Only 21 per cent felt that they were not coping well.

A survey done by EngageRocket with 20,000 respondents across 127 companies showed that Singaporeans have also learnt to cope better with WFH over time.

Read Also
Support local: How to set up a fully Singaporean work-from-home workstation 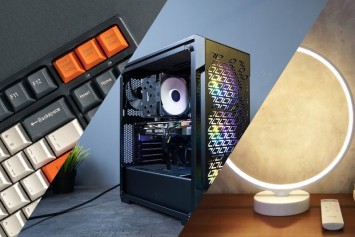 A higher percentage of people (23 per cent) when surveyed in June said they were more productive working from home than in the office, compared to in April (15 per cent).

The number of people who said they required more time to do tasks at home compared to their workplace also dropped from 42 per cent to 29 per cent over the same time period.

Another finding from the EngageRocket survey was that two-thirds of respondents would prefer to WFH 50 to 75 per cent of the time across all sizes of organisations and industries.

Nearly 10 per cent of respondents also indicated that they didn't want to work from home completely.

The report suggested that experiences over this compulsory WFH period has made the in-office, nine-to-five workday no longer the norm, and employees' expectations of their employers would also have been altered for good.