Too little sleep - or too much - can be tied to problems with blood sugar levels, not just in people with diabetes but also in people at high risk for developing the disease, a new study finds.

Irregular sleep schedules and poor sleep quality are known to be associated with poor blood sugar control in people who already have diabetes. In the current study, however, 73 per cent of participants had "prediabetes" - meaning they weren't yet diabetic but their blood sugar levels were almost in the diabetes range. The rest had recently been diagnosed with type 2 diabetes but hadn't been treated yet.

"Don't let the 'pre' fool you - prediabetes is a serious health condition," public health officials warn on the website of the US Centres for Disease Control and Prevention. "Prediabetes puts you at increased risk of developing type 2 diabetes, heart disease, and stroke."

Overall, the study involved 962 overweight or obese adults, ages 20 to 65, who underwent blood tests and filled out sleep questionnaires. 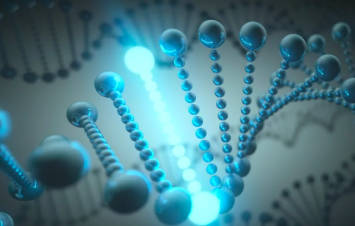 Compared to people who said on the questionnaires that they got 7 or 8 hours of sleep every night, people who averaged less than 5 hours or more than 8 hours of sleep at night had significantly higher levels of hemoglobin A1C in their blood, reflecting poor blood sugar control over the past 2 or 3 months.

This was true whether people had diabetes or prediabetes.

"In the past, the general wisdom was that short sleep duration is bad for you but here we also found that maybe too long of a sleep duration is also not good for you," lead study author Dr. Babak Mokhlesi of the University of Chicago told Reuters Health by phone.

The American Academy of Sleep Medicine advises adults to sleep for at least 7 hours a night.

The current study doesn't prove that sleep habits affect blood sugar levels or diabetes risks; it only shows a correlation.

How sleeping for more than 8 hours a night might increase the risk of developing diabetes is not fully understood, the researchers wrote in Diabetes Care.

Sleeping longer hours could be a sign of underlying health conditions that in turn lead to worse glucose control, experts suspect.

"The presumption is that it's the prediabetes itself or other components of the metabolic syndrome that are pushing people to sleep longer ... not that their oversleeping is increasing their risk of developing diabetes," said James Gangwisch, of Columbia University in New York City, who was not involved in the study.

The study authors found that sleep duration was linked with other diabetes risk factors, too, aside from hemoglobin A1c. For example, people who slept more than 8 hours a night had higher fasting blood sugar levels, on average. And people who slept less than 6 hours a night, and those who did shift work, had a higher average body mass index.

The researchers also found that "evening people" who stay up late at night and sleep late in the morning, and people with "social jet lag" who go to bed and wake up later on weekends than during the week, had significantly higher blood pressure.

The next step would be to conduct studies where people are either made to improve or continue their current irregular sleeping habits and see if there is an improvement in blood sugar, blood pressure and BMI levels, said Mokhlesi.