It's no surprise that Singapore's long-established prominence as a Southeast Asian hub for cross-cultural perspectives has primed the city-state as a hotbed for the exchange and appreciation of art.

This can be seen from the growing group of well-heeled collectors with the discretion and means to outbid the next punter.

No wonder then that renowned auction house Sotheby's - founded by the Brits but now headquartered in the US - has opted to stage a physical auction of modern and contemporary art in Singapore after almost 15 years.

The auction will be held in the Regent Singapore come Aug 28, featuring an eclectic mix of oeuvres centred around the rich cultural heritage of Southeast Asia (along with a number of Western artists to even out the mix).

This is all part of the auction house's plan to, well, go where the money is. After all, demand from Southeast Asian collectors - and particularly, collectors from Singapore - has ballooned by almost 75 per cent in the last five years, according to Sotheby's.

And there's still room to grow: Bids by Asian collectors this year comprise over a quarter of the value of bids across Sotheby's worldwide sales.

Contemporary art from around the world

Artists featured include Indonesian painter Hendra Gunawan, whose work is best described as a memorialisation of his homeland's unique history and the people living in it; as well as representation from Vietnam, the Philippines and Spain with Le Pho, Fernando Amorsolo and Rafa Macarron.

A duo of late Singaporean artists' works makes an appearance too: painters Georgette Chen and Cheong Soo Pieng, who both played a pivotal role in developing the nation's modern art scene.

Even if you're not planning to submit a bid of your own, head down away - you can clap your eyes on the art during the preceding two-day exhibition, held at the same venue. 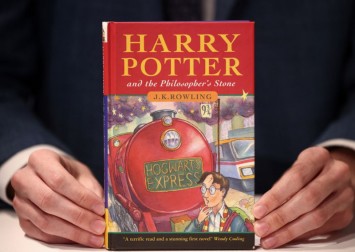 This exhibition comes more than a decade since the auction house's last showing here, shortly after they established a regional office circa 1995.

Jasmine Prasetio, managing director for Sotheby's Southeast Asia, says: "Collectors in Southeast Asia have been one of the key players in the international art scene for the past few years.

Not only have they been actively participating in our global sales, but they have also demonstrated great enthusiasm and interest across the broader market."

By staging this sale, Sotheby's presents the latest market insights at their doorstep, bridging the region and the global market, providing more visibility for exceptional works by both traditional and upcoming artists."

Other recent expansions include Sotheby's debut auction in Las Vegas last year, a number of galleries in Aspen, East Hampton, Palm Beach and Monaco; as well as a highly-successful pivot to livestreamed auctions amid the throes of the Covid-19 pandemic.