This spot near Keppel Bay has the best views, but it'll be closing this year

A quiet corner of Keppel Club has become the latest trending spot on TikTok thanks to its picturesque mangrove views.

But would-be visitors will have to head down sooner rather than later, as the clubhouse will only remain open until the last quarter of the year, the club's general manager Desmond Chua confirmed in its newsletter in January.

Its existing golf course, on the other hand, will close at the end of June.

The lookout, offering scenic views of Berlayer Creek and its mangroves, is located near the club's Sea Scent restaurant and is open to the public.

It recently piqued the interest of netizens thanks to a TikTok video by lifestyle blog Singapore Beauty, which racked up over 724,000 views.

Some netizens also took to the comments section to share their tips to get the best view. Apparently, the best time to visit is during high tide, when tidal height is at 2.9m. 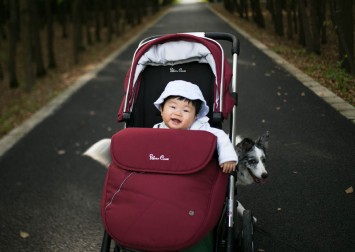 Keppel Club's upcoming move is due to the expiry of its lease — its current Bukit Chermin site has been slated for the development of public and private housing, according to the Ministry of National Development.

In 2014, the government announced that Keppel Club's lease would not be renewed after its December 2021 expiry.

However, the club announced in May last year that it had been granted a lease extension.

The club, which was established in 1904, will move to Sime Road sometime this year where they will also manage Singapore Island Country Club's 18-hole Sime Public Course.