Supermodel Estelle Chen is the new face of Maybelline

Maybelline New York has unveiled its newest face, and it belongs to the supermodel Estelle Chen. The French-Chinese fashion star has landed a major contract with the cosmetics giant that will see her act as the brand's youngest spokeswoman.

"I am blessed to be a part of the Maybelline New York family and join the roster of powerhouse spokeswomen, past, present and future," said Chen, 21, in a statement.

"To stand with a brand that is such a trailblazer in the industry, consistently pushing the boundaries of innovation and establishing future trends, while empowering women to recognise their true potential, has left me inspired and overjoyed." 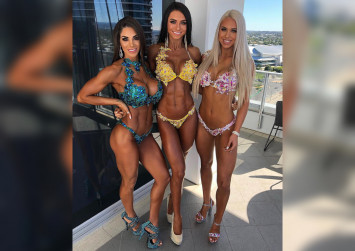 Chen, who was born and raised in Paris, has seen her career skyrocket over the last few years, following a breakthrough invitation to walk in the Victoria's Secret fashion show in 2017 and 2018.

She has graced the catwalk for houses including Chanel, Dior, Dolce & Gabbana, Moschino and Maison Margiela, among others, and fronted campaigns for Vera Wang and H&M.

In joining Maybelline, she follows in the footsteps of modelling royalty such as Gigi Hadid, Adriana Lima, Josephine Skriver and Christy Turlington. She will make her global debut for the brand via Maybelline's New York Fashion Week 10th anniversary campaign, starring alongside Adriana Lima, Gigi Hadid and Herieth Paul.