SINGAPORE - It took Madam Lim Sock Leng and her husband almost a full year to accept that their second son had a fatal genetic disorder.

At the age of five, Mr Timothy Chan was diagnosed with Duchenne muscular dystrophy - which causes progressive muscle deterioration and loss - after his parents noticed that he kept falling over.

Life expectancy for those with the condition varies - some die in their teens, others make it to their early 30s.

The rare disorder is diagnosed in about one in 3,500 male births worldwide.

Madam Lim, who had two other sons and a daughter by the time Mr Chan was diagnosed, said: "We wrote to a doctor in the United States and he was very kind to write back to me to confirm that the condition is incurable; but he said they were doing a lot of research on it and to not lose hope.

Still, the 61-year-old human resources and regulatory director at M1 and her husband resolved to raise their son as normally as possible without mentioning that his condition is fatal.

They enrolled Mr Chan in mainstream schools and let him walk for as long as possible - he had to use a wheelchair by the time he entered secondary school.

While Mr Chan, who turns 32 in August, was upset to learn that his life would be cut short, he told The Straits Times that his parents helped him deal with the challenges of his condition. 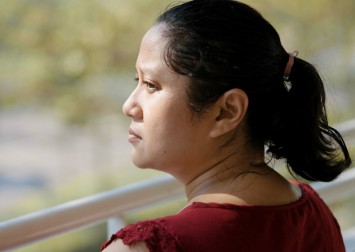 He said: "Initially, it was quite tough (to get weaker) because obviously I wanted to do everything else my peers were doing, and I felt very ashamed when people saw that I couldn't walk properly or had to use a wheelchair."

"But what has helped me is the way my mum and dad raised me. They've always tried to let me do everything that my siblings could do, even encouraging me to pursue my interests in things like design and chess."

Undeterred by his poor results at the A levels, Mr Chan pursued design at Ngee Ann Polytechnic after a gap year and enrolled in Nanyang Technological University, where he graduated with a degree in product design with honours.

But being unable to move his arms without a helper made it hard to work and he had to quit his job at a robotics maintenance company.

Last month, she launched the book, Being Milford, about her journey caring for him, titled after his favourite toy monkey "Milford" - a stuffed toy that she used to cheer him up.

While it has been "a bit awkward" to see difficult parts of his childhood being published, these moments are just as important because they show the reality of growing up with the condition, said Mr Chan, who gave feedback and drafted versions of the book, which was written over a period of six years.

By sharing their joys and struggles, Madam Lim hopes that the story will be an encouragement to parents that children with muscular dystrophy can lead fulfilling lives if their caregivers journey together with them.

But there will be difficult days, so it is important to rest and recharge, she said. 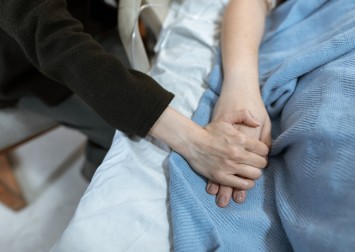 "On two pages, I talk about days when I'm really exhausted, when I cannot even pretend to be strong. Sometimes you just need to cry it out," she added.

Mr Chan needs ventilation support to breathe at night and has to be turned over every two hours while he is sleeping to prevent bed sores.

Said Madam Lim: "Sometimes I will just sit with him when he has episodes (of sleep apnea) and just talk to him for a while until he settles down, just to make sure he is still breathing."

"I've never thought of what I'm doing as a sacrifice, it's even more difficult for him, so it's really nothing."

Both Mr Chan and Madam Lim hope to raise $50,000 until March 31 for MDAS through proceeds from the sale of the book at this website.

Annually, the association, which has about 150 members, requires around $1 million for programmes to enrich, equip and support the lives of its members. About 12 per cent is funded by the President's Challenge Empowering for Life Fund while the rest is provided by donors.

MDAS executive director Judy Wee said the association hopes to expand its respite care services, which momentarily takes over daily care such that caregivers who do not have helpers and struggle to cope can take a break. Currently, around 10 members receive such support.

Said Ms Wee: "We have been looking to grow our numbers in the programme for quite a few years, but we do not have adequate staff.

"I really fear that parents feel very alone, finding themselves in this situation."