Think you've OCD? You may just be a neat freak: We take a peek into an extremely organised HDB home

Being called "OCD" is a term that wholesale manager Frederick Chan is accustomed to hearing. In fact, it's what he often uses as well to describe himself.

His 3-bedroom flat is impeccably spotless and orderly, and a peek into his wardrobe will reveal uniformly-folded T-shirts and his work attire hung neatly on the clothes rack.

And by neatly, we mean clothes on identical black hangers hung equidistant from each other. And it is done instinctively, without the use of any kind of measuring tool.

Frederick, who's married, reveals that between him and his wife, he's actually the more particular one when it comes to neatness. It's a trait which he got from his mother, he says, but he has definitely surpassed the master.

"I'm more extreme than my mum. My mum is also OCD but I'm more extreme," he shares. "I cannot stand things being untidy. I just want things to be very neat, very on-point, if not I’ll feel very uncomfortable and very 'itchy'."

Other aspects of his "OCD" includes being particular that his kitchen sink remains completely dry at all times, even after the dishes are done.

"I just don't like having water droplets all around the basin, I'll feel very uneasy," says the 41-year-old, who will ensure that the sink and utensils are wiped down after each wash.

Their toilet too, is always so clean and dry that friends have commented one could probably sleep on the toilet floor.

Being a stickler for cleanliness and organisation also means it can be "pressurising" for friends who step into the house.

"Our friend wanted to wash her feet but she didn't know where to wash, so she stuck her feet over the toilet bowl because she was scared to wet our toilet," shares his wife Valerie Wang, 32, of one particularly amusing example.

However, Frederick maintains he's far from being unwelcoming and has no rules for how guests should behave in their home. But when friends leave, no matter the time of the day (or night), he'll be sure to tidy up the house after them.

"Even at 3am or 4am, once the last person leaves, I'll start to sweep and mop, before I sleep," says Frederick, who also confesses to picking up strands of hair up from the floor immediately after Valerie is done with her blow drying.

His penchant for organisation extends to the kitchen as well, where store-bought beverages are stacked neatly in the fridge, and they have to have their labels turned outwards.

"Even NTUC merchandisers who place cans on shelves, I think they lose to me," says Frederick with a hint of pride.

It's probably not surprising that at work, he's used to keeping a tidy desk because one thing he cannot stand is clutter.

"My ex-boss used to 'disturb' me and said my desk is neater than any of the girls in the office," he shares. And when it comes to giving people rides in his car, especially when it rains, he'd request that they knock the dirt off the shoes first before they bring their feet in.

But do all these behaviours boil down to having "OCD" ("obsessive compulsive disorder")?

Although it may sound extreme, being incredibly neat and organised is not a psychological problem nor mental illness, unless it causes significant disruption to your life.

Says Dr Cherie Chan, president of the Singapore Psychological Society: "OCD features cycles of obsessions which are repeated and persistent, with unwanted thoughts, urges or images that are intrusive and cause distress or anxiety.

"People usually try to get rid of these thoughts or fears by performing a compulsive behaviour or ritual. These obsessions typically intrude into the individuals daily life and can be a very shameful and embarrassing condition to go through."

A more appropriate description for being particular about neatness and organisation may instead be the term, "neat freak".

Read Also
True story: This is what it's like to live with OCD 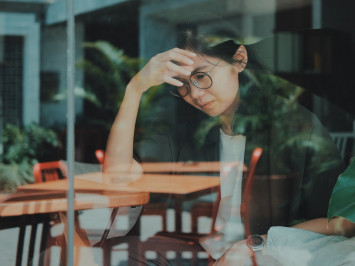 Says Dr Jonathan Abramowitz on the website, Everyday Health, "The main difference between 'neat freaks' and people with OCD is that 'neat freaks' like being neat. They want to be that way because they feel like it helps them and keeps them productive.

"People with OCD wish they weren't that way, but feel they have to do their rituals in order to prevent some dreaded catastrophe that is unlikely in the first place. OCD is based on fear."

Our impressions of OCD may come from the media, whether or not they are accurately portrayed. US reality TV star KhIoe Kardashian, for example, was made to see an OCD specialist after her family expressed concern over her "obsessive cleaning", but it's likely that she doesn't have the debilitating disorder.

In the upcoming Taiwanese movie WeirDO, the male lead character who's depicted with OCD has a fear of germs. As a result, a fear of heading out and pervasive cleaning and hand-washing ensues. His love interest is a woman with OCD who experiences symptoms of kleptomania.

While fear is tied to OCD, the obsessive need for cleanliness is not a prerequisite. Some people "have their own personal spin" on OCD, says Dr Abramowitz.

For most people however, the anxiety associated with needing things to go their way —for example, requiring all cutlery to be of the same pattern or colour, or needing the same bowls to eat food, does not impact them to a point where they think about it the whole day or their life needs to stop due to this, says Dr Chan.

For Frederick and his wife, they see his organised ways as more of a good thing rather than bad. And although Valerie is not nearly as neat as her husband is, his habits have actually rubbed off on her over the years.

Says Valerie: "It's a good change. Every time you come back home and see the house neat, you will feel more comfortable and more at home."

Theirs is a model home to many of their friends, for sure.

Frederick shares how a friend once brought her domestic helper over to their house to demonstrate how a home should be maintained.

"My friend told the helper 'next time you must fold and iron the clothes straight (like this) and put all one angle (in the wardrobe)'. I think she stressed."

But Frederick admits he's definitely hard to please when it comes to the level of upkeep he expects and therefore does most of the household chores himself. His wife is left with the sole task of vacuuming.

"I cannot meet up to his standard mah, so if I do it once he will do it again," says Valerie. As a result, the couple also doesn't hire any external help.

"I'm my own maid as no maid in the world can live up to my standards," says Frederick with a laugh.