Too many Singaporeans abroad? 6 cities to visit in Europe that are not Paris, London or Santorini

Singaporeans are a widely travelled bunch — travelling three times more frequently compared to everyone in the world — and you'd be hard-pressed to find a holiday destination unknown to us.

But when you're coughing up an arm and a leg to travel to far-flung destinations all the way in Europe, the last thing you'd want is to be surrounded by swarms of us making you feel as if you never left the country in the first place.

Think Europe and you'll probably conjure up images of the Eiffel Tower, Big Ben or the white-washed buildings iconic of the most popular island in the Aegean sea, each place fantastic in their own right.

If you're on the hunt for underrated travel places to regale your friends and families with, consider booking your next long-haul trip out to these six magical locations few of us have heard of. 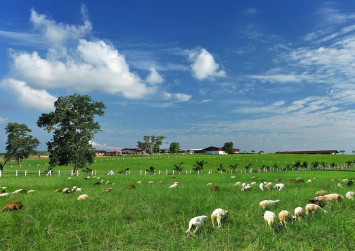 A gem of an island hidden right under most of our noses, Malta is a country half the size of Singapore surrounded by lagoons and cerulean blue waters 93km south of Italy's Sicily.

The Maltese archipelago consists of three islands: Malta, Gozo and Comino, all small enough that you can easily cover one per day.

The entire republic has been described as an open-air museum, where you'll find medieval towers, wayside chapels and some of the oldest free-standing structures in the world.

For those on a tight budget, Malta was surprisingly affordable to me and most of the attractions can be seen for free atop a hop-on, hop-off bus ride around the island.

For perspective, I managed to find hot chocolate for €1.50 ($2.30) which may not sound cheap until you compare it to prices in cities like Paris, which can cost anywhere between €5 to €8 .

Fans of the HBO hit series Game of Thrones will immediately find Malta familiar — prominent scenes in the show were filmed there, and even if you don't watch the show, don't the beige walls remind you of Agrabah, the fictional city in Aladdin?

History buffs, the capital city of the Czech Republic is a location well worth checking off your travel bucket list.

Prepare to be transported back thousands of years and envision yourself in medieval Europe with cobbled streets and carts driven by horses.

Chomp on the famous chimney cakes (locally known as 'Trdelnik') and take a walk down the 600-year-old Charles Bridge lined with baroque statues on both sides.

If you're hanging around Old Town Square just before the clock strikes on the hour (from 9am to 11pm), be sure to situate yourself near the astronomical clock where the parade of the Apostles will begin.

Game for something a little more thrilling? What about leaping off a plane 4,200m in the sky?

Tandem skydiving in Prague is reportedly one of the cheapest in Europe at 4,600 Korunas ($273). For some perspective, skydiving in Switzerland at a similar height can cost upwards of 395 Swiss francs ($544).

Compared to bigger cities in Europe, the prices of food and drinks in Prague are also really affordable depending on where you choose to dine at, but a beer should only cost you $1.50 at most places.

The Polish city of Krakow is one of Europe's best value destinations, with so much to offer the intrepid traveller.

Here's a pro tip: flights into Poland within Europe can go as low as $30 and I've even seen the number go into the single-digits during my own travels.

So instead of flying from Singapore and landing in Poland, consider making a pit stop and flying budget from within one of the European cities so you can save some dough.

Krakow is also one of the nearest cities to travel from if you're interested in visiting one of the darkest places on Earth — the Auschwitz-Birkenau concentration camp.

As the Nazis turned Krakow into an administrative city during the Third Reich, Jews were confined in overcrowded ghettos and were later deported to concentration camps where millions of them later died.

Plenty of guided tour packages start out in Krakow and bring busloads of tourists to the Oświęcim, where it's a short ride to visit the death camps.

One piece of advice I have though, is to pay the place a visit during spring or summer because the biting cold air and austere vibes made me too depressed to want a repeat visit during winter.

If you're ever considering a visit to one of the Scandinavian countries, the Swedish city of Gothenburg is a good choice, with captivating seaside views and the biggest amusement park in the Nordics.

Open since 1923, the Liseburg Amusement Park also houses The Balder roller coaster (one of the world's largest wooden coasters), alongside a staggering 36 other attractions.

Prefer a little peace a quiet? Chill out at the peaceful Swedish countryside and take a day trip out to one of the nearby islands that serve as summer homes to many Swedes.

You're also allowed to pick pesticide-free apples you see by the side of the roads and trust me, they're one of the sweetest I've ever tasted.

Holidays on Grecian islands sound like paradise — minus the overcrowded beaches, jacked-up tourist prices and honeymooners at every corner making us all feel like awkward third-wheelers.

An alternative to the hugely popular Santorini that's only a three-hour ferry ride between both islands is Mykonos.

Famed for its incredible nightlife, beach parties begin as early as 5pm and last till late, with masses of bodies grinding against each other a common sight almost every night.

Although prices are inflated (compared to the Greek capital city of Athens), they won't burn as large of a hole in your pocket compared to Santorini, although the latter admittedly has a more romantic atmosphere.

If you're planning to island-hop by ferry, here's a head's up — boats won't run if wind speeds go up to dangerous levels and you might find yourself inadvertently stuck longer than you'd like.

So if you're planning to visit the Aegean islands, be sure to factor in additional time or be prepared to fork out extra money to catch flights if ferries are cancelled.

While New York may be across the world in America, the ancient cathedral city of York is located just north of London, a two-hour train ride away into a completely different side of the UK.

A quaint English village with streets that inspired Harry Potter's Diagon Alley, York was once named "the best place to live in Britain" according to a newspaper guide.

Known as one of the most haunted places in Europe, enthral yourself with spooky tales on a ghost walk around the city that'll set you back by £5 ($8.80).

When in England, do as the English and indulge in a spot of afternoon tea and pastries at the famous Betty's Cafe Tea Rooms, founded in 1919.

Alternatively, dabao (takeaway) some deep-fried fish and chips and dine al-fresco outside York Minister — a medieval gothic cathedral that took over 250 years to build and houses one of the rarest collections of stained-glass windows in the world.

If you think Europe's just one big continent with a question mark and you're not sure which places are the best to visit, let us know what you'd like us to recommend!