Traffic scientists have argued that zipper merging improves traffic, but would it work in Singapore?

Most of us hate to be that person ruthlessly cutting someone else off in traffic.

Road works in the far distance on the first lane of PIE? Immediate lane change. If we know we're going to make a right turn immediately after these double left lanes ahead, there's no question too that we'll take the outer one to avoid having to filter again later - even if its queue is longer than the US President's motorcade, and the inner one, non-existent.

Inevitably, however, we miscalculate our route, or are suddenly almost face-to-face with the orange square sign. It's the worst nightmare brought to life: We actually ﻿need ﻿to cut someone off.

Chaos ensues. We shock our sleeping passengers awake with a frantic song of "oh no"s and "ahHhHhurghhhh"s (at least I know I do) as we attempt to get into line. At this point, it's perfectly fine for the angry driver behind to sound their horn or flash their high beam. Sorry dude - we deserve it.

When on the receiving end of this same sort of "bad driving", I instinctively mutter words I'm not allowed to write here under my breath too. As motorists, we don't just subconsciously learn how to drive a certain way; we learn how to react to driving etiquette that goes against that as well.

Not getting in line early is very, very bad driving etiquette. Or so we think - because it's actually endorsed by traffic scientists.

Imagine two parallel lanes: One runs straight through, while the other gets prematurely cut off at some point (due to road works, most commonly). We call the former a through lane, and the latter, a closed lane. It is on the through lane that traffic tends to pile up, and most commonly because drivers get in line early; most only believe this to be good etiquette.

Read Also
Why do rainy days see a higher number of car accidents? 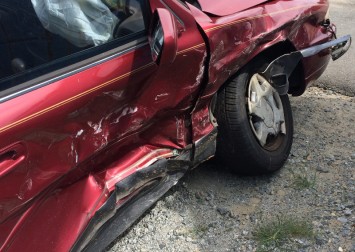 However, the theory of zipper merging postulates that this brand of politeness is misguided. As its name visually suggests, traffic should instead run on both lanes for as far as possible, before blending together at the merge point, much like the interlocking of teeth you see when zipping your bag or windbreaker shut.

Traffic scientists believe zipper merging to be the superior way of travelling because it prevents a good stretch of road from going under-utilised. The benefits are then manifold: Cars can move at more equal speeds on both lanes, traffic backups can be shortened by up to 40 per cent, and traffic light durations can also be reduced since queues don't have to spill too insanely onto the next junction. Ultimately, all of this should alleviate congestion.

And it's not all theory and no practice too - zipper merging has been actively endorsed by in American cities like Colorado and Minnesota, with Illinois even subjecting zipper merging-deniers to a fine if they violate the rule. Germany and New Zealand are also among places which have encouraged this in some form.

Okay, but America is America, and Germany is Germany, and… you get the point. What's Singapore's deal?

You see, we can't speak with much certainty on the States or wherever else traffic scientists have carried out their studies, but we need to caution that Singaporeans need a trigger warning when it comes to the word 'queue'.

Although we didn't manage to find any empirical studies that have investigated attitudes among locals, we do believe we're not, ahem, jumping ahead of ourselves, by saying that queue-jumping is extremely frowned upon here ("Your father's road ah?").

In fact, queuing is so sensitive that our public transport operators have tried over the years to refine a queue system for commuters, probably to prevent a repeat of this sort of fight. It's safe to venture that any anger on the road towards late lane-changing has spilled over in some way from this obsession with patiently, properly standing your turn - everywhere, all the time.

ALSO READ: The biggest complaints that Singaporean drivers have while driving

Still, here's the kicker: The whole theory actually isn't too foreign to Singapore drivers. Those merging lanes with bendy arrows? That's already the principle of zipper merging, but explicitly enshrined in tarmac and white paint. We do it too when we're accelerating to get onto an expressway.

But while the zipper normally succeeds in those cases, it works mostly because drivers don't have a choice (fancy rear-ending someone else and disrupting your insurance streak?). And even in these cases, we still witness our fair share of drivers who somehow see the need to squeeze their way through. If clearly dictated merging sometimes fails, who are we to have faith in scenarios when it's not dictated?

This sounds like a lot of conjecturing with no hard proof.

Alright - here's some proof. According to CNA, a survey published by the Traffic Police in 2019 revealed that "speeding up to prevent a driver from switching lanes" was among commonly observed uncivilised driving behaviour here.

The survey also suggested the existence of an "it's not me, it's you" mentality among Singaporean drivers. Most respondents believed that they practise good driving, such as signalling actively and not tail-gating, but don't think the same of others. Yet - if everyone's everyone else is driving badly, who's actually driving properly?

Bruh… Singapore sounds like a lost cause then. Unless there's a silver bullet to make zipper merging work here?

A silver bullet is unlikely, but we do have the magic word for long-lasting, wide-reaching, sometimes counter-intuitive societal change: Education.

The SPF plays a crucial role in this, with its road safety campaigns against drink-driving, for example. To start on a positive note, traffic-related fatalities fell by 40 per cent from 2010 to 2019 despite our vehicle population only freezing in 2018, showing that public education and growing civic-mindedness can indeed go some way. 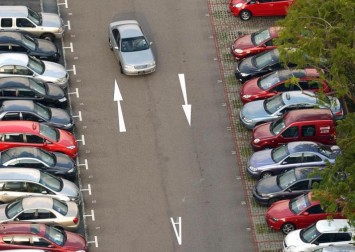 Realistically, this strategy isn't foolproof. Despite the campaigns, trends in accident statistics are not always encouraging - we only experienced a notable dip in total accidents, including non-fatal outcomes last year (think about life during the Circuit Breaker), before numbers rose again recently. Going by the barrage of ungracious driving videos we get on a daily basis, public education also doesn't work on some stubborn buffoons.

Still, the dream is that if subjected to a Blitzkrieg of nudging from the authorities - in the same way that we've gotten the Test Trace Vaccinate and Pa Jiam Bui club-demolishing bops from Gov.sg this year - there is a possibility that zipper merging may indeed take hold in Singaporean driving culture.

While we're absolutely not suggesting that a deadly public health crisis can be placed on the same plane of severity of more optimised driving habits, you get the point that aggressive campaigning, and appealing to the sense and reason of the masses may work.

Uh... And what sort of sense and reason?

Let's frame it through a competitive lens - our favourite thing to do. If we manage to balance out the speed of traffic on both lanes, drivers on either lane won't feel like they'll be waiting very much longer than those on the other. Both sides would then be moving equally quickly (or slowly) up to the merge point.

See? You theoretically won't lose to the dude beside you.

LOL sure, I hear you. But what if I still insist on getting into line early? As the saint of a driver that I am?

We really wouldn't blame you for that.

Firstly, it's interesting to consider the question: Where do our priorities actually lie?

For traffic experts, the main measurement of success is smoother traffic. It's a no-brainer then, that zipper merging is the better way forward with all its theoretical benefits. But if your peace of mind is more important (and we suspect that to be the case), then the answer is not so clear-cut. 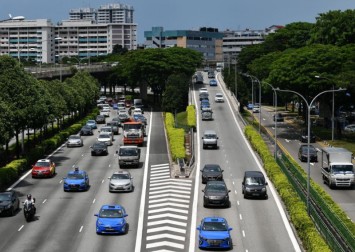 On the one hand, it may well pay to get in line earlier and wait 10 more minutes just to avoid the stress from a late merge. On the other, you'll also have to consider that your stress levels could skyrocket the moment someone else merges in front of you. Tough call.

Besides, cultural context aside, zipper merging can also disintegrate quicker than you can form an "F" with your mouth when drivers don't co-operate. Cue more waiting, as drivers have to literally stop (instead of slow down) to give away, and the little pockets of time start adding up.

Essentially, the benefits propagated by traffic experts fall through if you're the lone enlightened ranger driving all the way down till the merge point before changing lanes. You're still more likely to get angry stares and honk blares right now than silent nods of approval and appreciation for your deeply imbued, highly sophisticated traffic literacy.

We're fans of better traffic ourselves, but we wouldn't dare to try our luck - not until zipper merging has gotten the social green light. That's probably going to take a while.