Learn all about transient ischemic attack (TIA), also known as mini-stroke, mild stroke or minor stroke. Find out its signs and symptoms, causes, treatment, and prevention.

What is a Transient Ischemic Attack (TIA) or mini-stroke?

Otherwise known as a "mini-stroke", a Transient Ischemic Attack (TIA) happens when blood supply to part of the brain is temporarily disrupted, by a blood clot or blockage in the brain.

This results in a lack of oxygen supply to the brain and causes symptoms similar to a stroke.

A TIA does not last as long as a stroke.

The effects of a TIA last from a few minutes up to a few hours and usually resolves within 24 hours. The clot or blockage usually dissolves or gets dislodged, clearing up the blockage.

The symptoms of a mini stroke is largely similar to that of a full blown stroke. To quickly identify the key signs of a possible TIA, remember F.A.S.T:

Face – is the person able to smile? Is there drooping to one side of their face? Are their eyes and mouth drooping?

Arms – is the person able to lift up both arms and keep them raised? Does one arm drift downwards?

Speech – is the person having difficulties understanding what you are saying to them? Does their speech sound slurred, and are they unable to talk at all, despite being awake?

Time to Act – call 995 immediately if the person presents with any of these signs.

Other symptoms of a mini stroke include:

Mini-strokes can be caused by two ways.

The first way is when one of the blood vessels supplying oxygen-rich blood to the brain becomes blocked. This could be due to blood clots forming at other parts in the body, and travelling up through the blood vessels, causing blockage.

These blood clots are typically formed in areas where atherosclerosis has occurred. This is a process where the arteries, a kind of blood vessel in the body, narrow due to the result of fatty build-up (plaque) on the walls of these arteries. 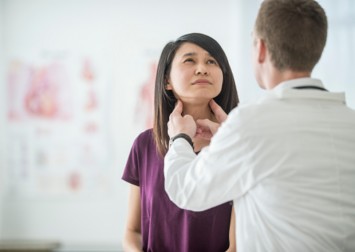 Blockages can also be caused by pieces of fatty material or air bubbles, or by a condition called atrial fibrillation.

This condition causes irregular heartbeat, and can lead to the formation of blood clots that escape from the heart, and become lodged in the blood vessels supplying the brain, forming a blockage.

The second way is when a small haemorrhage occurs. A haemorrhage refers to bleeding in the brain, and is a rare cause of mini stroke as compared to blockages.

In both cases, this interruption of blood flow to the brain causes the brain to be unable to carry out some of its regular functions. This leads to symptoms like weakness in the body, or slurred, unclear speech.

Typically in mini strokes, the cause resolves quickly before further disruption to oxygen supply to the brain can take place.

If the blood flow to the brain is disrupted for much longer, this could result in a full blown stroke, leading to more complicated longer-term issues.

After an initial assessment, if a mini-stroke is suspected, the doctor may refer on for further testing by a specialist to determine the cause of mini-stroke within 24 hours.

Typically this consists of collecting case history, and performing some tasks for the doctor to check on the neurological condition of the patient. 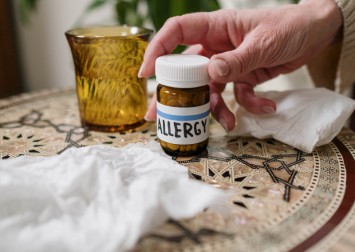 These may be done in a specialist stroke or TIA clinic, or an acute stroke unit in the hospitals.

The doctor will ask questions about the symptoms experienced by the patient and how long they have lasted for.

This is to help rule out any other possible conditions which could present with similar symptoms.

The doctor will then ask the patient to carry out some tasks designed to check strength, physical sensation, and coordination and balance skills.

The doctor may also run certain tests to determine the cause of the mini stroke and problems leading up to it.

This helps to confirm whether an individual may have high cholesterol or diabetes, which are contributing factors to mini strokes and strokes.

An electrocardiogram (ECG) measures your heart's electrical activity by attaching to the skin a number of electrodes in the form of small, sticky patches.

This can help detect abnormal heart rhythms, which could lead to further suspicion of irregular heart beat (atrial fibrillation), which is a risk factor for mini strokes.

This shows whether there are any blockages or narrowing in the neck arteries leading to the brain.

These are only done if the doctor is unable to find out which part of the brain was affected. Otherwise, it is not always necessary to have a brain scan. Most often, if it is needed, an MRI scan is done. This is a type of scan which uses magnetic fields and radio waves to create an image of the brain.

While a mini stroke on its own is usually not severe, it can be a warning sign of an increased possibility of getting a stroke in the near future.

Treatment after a mini stroke focuses on reducing the risk of getting a stroke, and involves lifestyle changes, medicines, or surgical options. Treatment type is determined by individual circumstances, such as age or medical history.

The main types of treatment are as follows:

People who have had a mini stroke will need to take medicine daily for the long term. This is to reduce the chances of having a stroke or another mini stroke. Some of the medications include:

These are medicines which reduce the ability of blood cells to clot, hence preventing further blood clots from occurring in the body.

Anticoagulant medicines prevent blood clots by changing the chemical composition of your blood in a way that stops clots from forming.

These are usually offered to people with a mini stroke caused by a blood clot in the heart, which is often due to atrial fibrillation, causing irregular heart beat.

Side effects of anticoagulants includes the risk of bleeding, as this medication reduces the ability of blood to form clots well.

Statins are given to those with high cholesterol levels.

This medicine works to reduce the level of cholesterol in the blood by blocking the enzyme in the liver which produces cholesterol.

Lifestyle changes help to prevent the onset of another mini stroke or stroke.

A carotid endarterectomy is sometimes chosen as a surgical option.

Unblocking the carotid arteries when they have become narrowed can significantly reduce the risk of having a stroke or another mini stroke.

The recovery from a full blown stroke is longer, and may involve other kinds of treatment, like therapy for rehabilitation for example. Learn more about this here.

Mini-stroke sometimes may lead to a stroke. There are a few support groups for stroke in Singapore.

The main support group is the Stroke Support Group (SSG). This group comprises a network of stroke survivors, caregivers, and volunteers, and are supported by the Singapore National Stroke Association (SNSA).

This article was first published in Homage.