The ultimate guide to common durian types in Singapore

We’ve rolled right into the season for durians – a thorny tropical fruit you either love or hate with a passion.

Durians are generally divided into two main categories – bitter or sweet. Though there are breeds that are both bitter and sweet, most people would prefer one predominant taste.

For the uninitiated, you might only be familiar with two breeds: Mao Shan Wang and D24. That’s just the tip of the iceberg.

There are actually hundreds of durian types in the world, mostly grown in Malaysia and Thailand.

Whether you like your durian sweet or bitter, here’s all you need to know about the different types of durians you can find in Singapore this season. 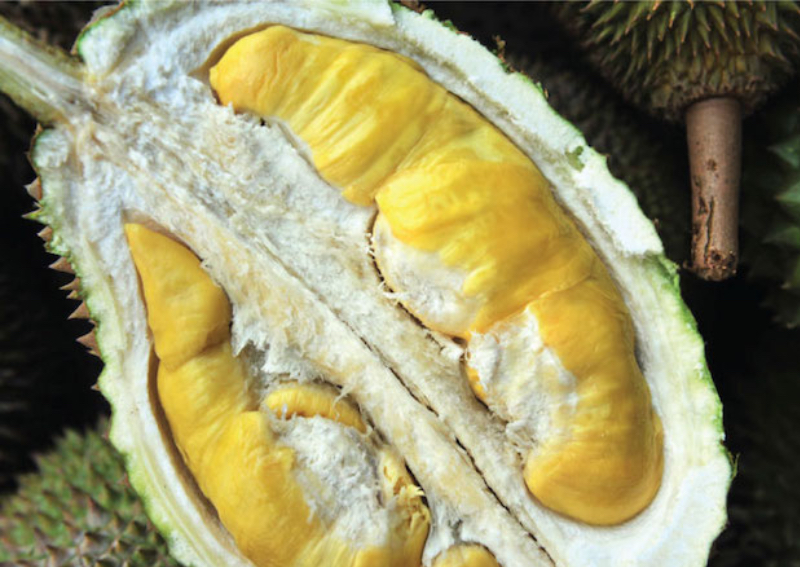 Probably the most popular type of durian among Singaporeans besides the D24.

Rich in taste and colour, Mao Shan Wang durians boast a creamy texture and leave a strong bittersweet taste in your mouth. 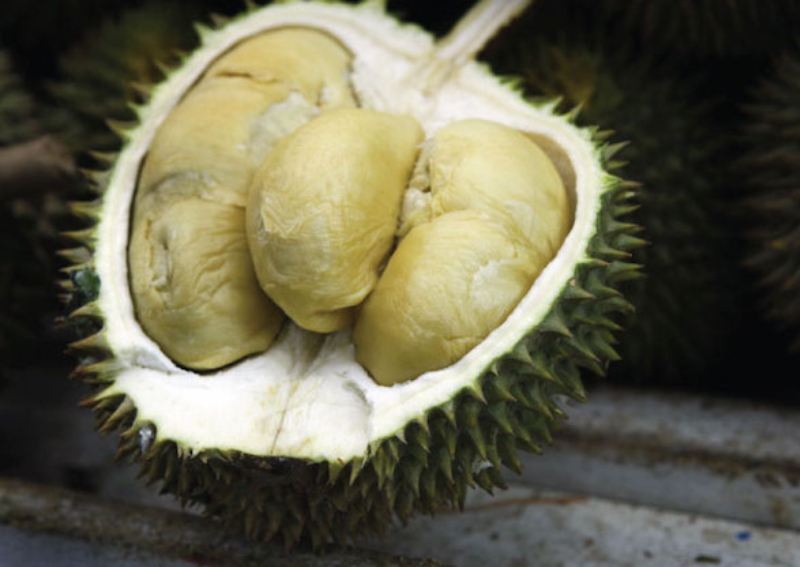 Before the Mao Shan Wang breed surged in popularity, the most famous breed back in the ’90s was the D24 durians.

D24 durians are a little less overwhelming in flavour and are known for their creamy texture and subtle bittersweet after-taste.

If you’re not that familiar with durians, this is a good introduction to the king of fruits.

The stem of the durian is shorter compared to other durians and it has a brown-coloured ring around the bottom of the stem. 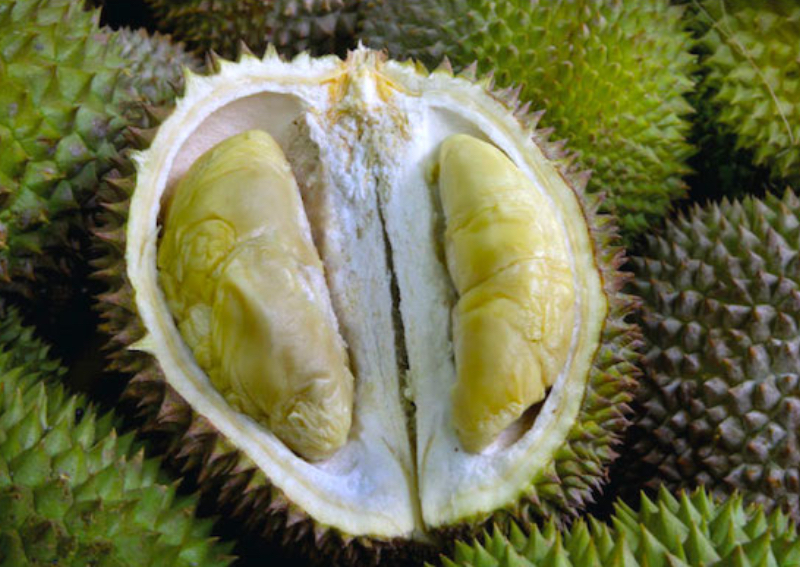 Place of origin: Pahang and Johor

Despite being one of the smallest durians (it can be as small as a mango), this breed actually brings something new to the table with its strong pungent smell.

To identify it, the shell of the durian has sharp needle-like thorns, while the fruit is roundish and oval in shape. 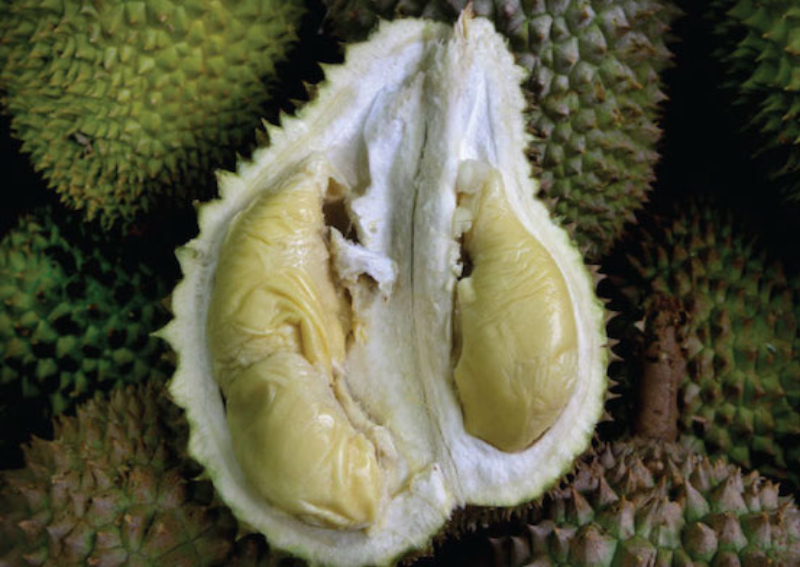 If you like your durian intense and bitter, the XO durian is right up your alley. It has a pale yellow flesh that’s slightly watery.

Its alcoholic name derives from the fact that the breed is cultivated through an extended period of fermentation inside its shell, thus its slight alcoholic aftertaste.

XO durians are typically round or oval and their thorns are pointed inwards at the base of the fruit. 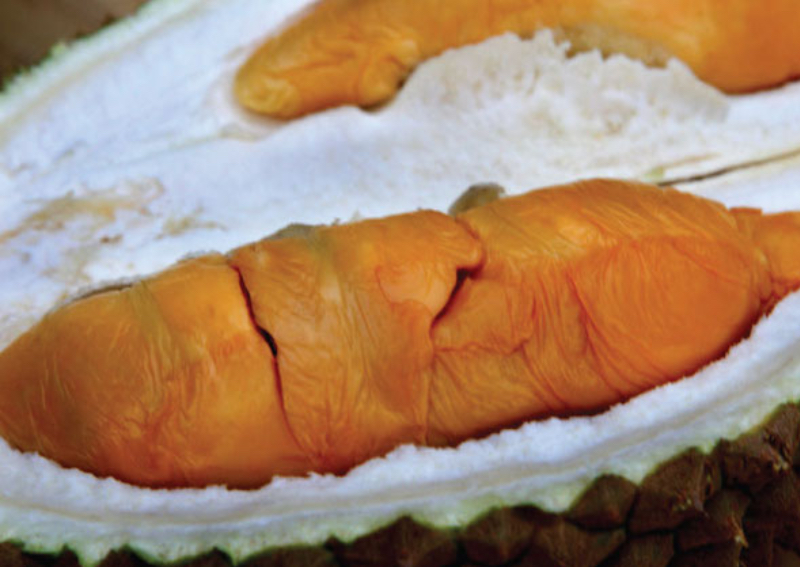 Place of origin: Pahang and Johor

For sweet durian lovers. The flesh of Red Pawn slightly differs from the others due to its vibrant reddish orange colour.

Creamier and stickier than most durians, the taste of this durian depends largely on the age of the tree that it grew from.

Red Prawn durian shells are thick due to the wide core of the durian, so there might not be a lot of fruit. 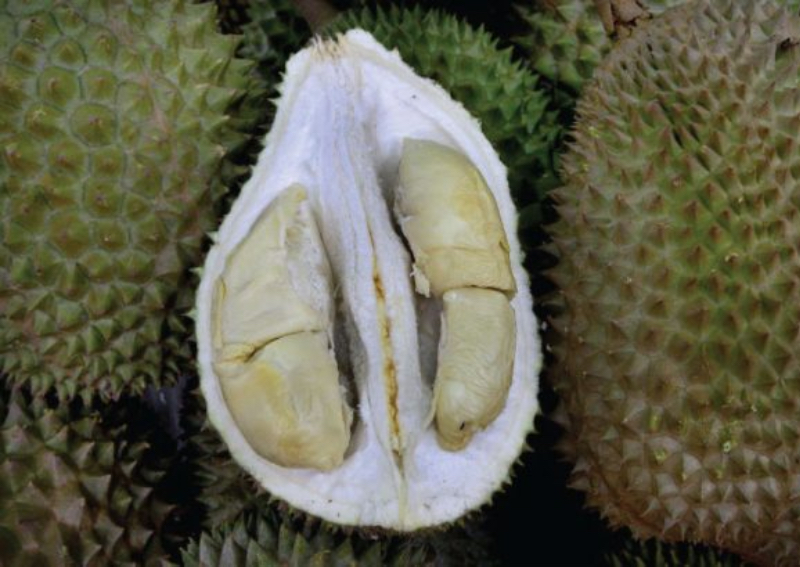 One of the rarer durian species. As its name suggests, Black Pearl durians have small seeds and pale yellow flesh with grey undertones.

Featuring a smooth and creamy flesh, it has a bittersweet taste that doesn’t come off as overwhelming.

To distinguish it, look out for a small shell with a stubby stem. 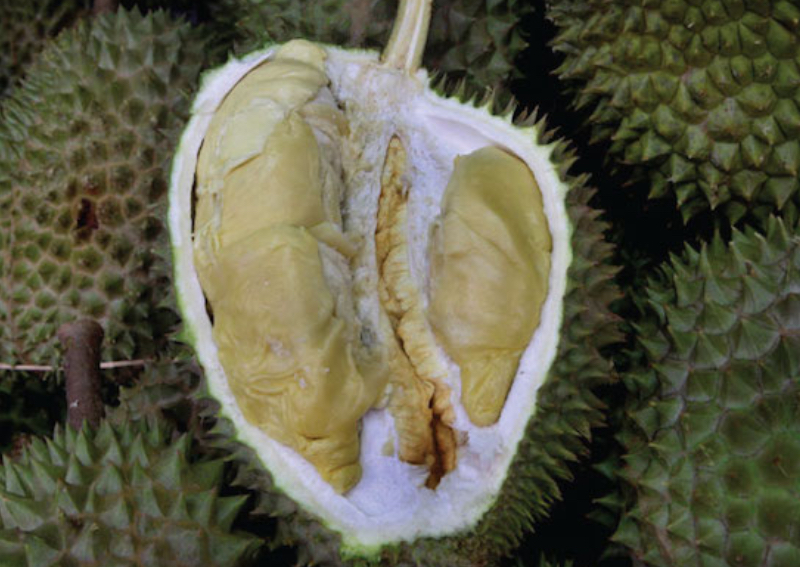 Another sweet durian. This breed is popular for its buttery and fibrous flesh.

When you pry it open, you’ll find a pale yellow, slightly greenish flesh and a trademark orange stem in the middle of the core. 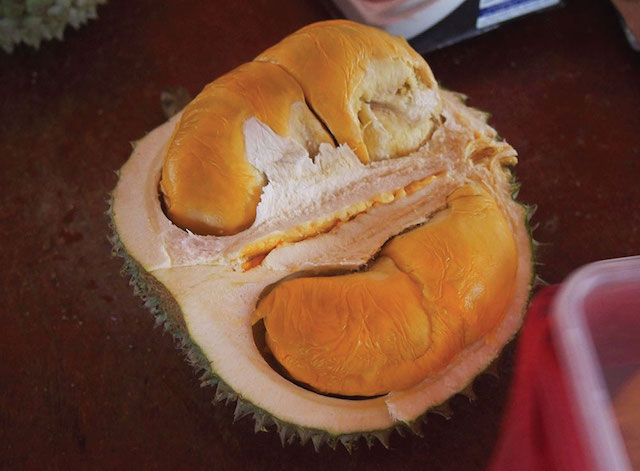 PHOTO: Year Of The Durian

The flesh of the Black Thorn is bright yellow and creamy and it has a sweet and custardy taste, similar to that of Mao Shan Wang – but not as rich and has a lighter texture.

The tips of the thorns tend to be darker too, thus the name. 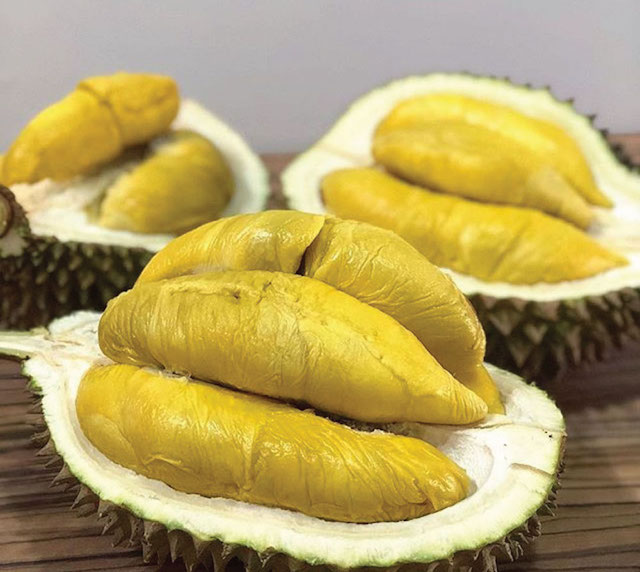 Like Black Pearl durians, dark greyish undertones can be found on the flesh of Black Gold durians.

It has a silky texture and an intense buttery, bitter aftertaste.