Many of the interactive information and entertainment systems turning up in newer cars may be distracting enough to increase the risk for accidents, especially for older drivers, a new AAA Foundation study finds.

The systems often require drivers to take their eyes off the road for extended periods for when performing simple tasks such as navigation or radio tuning. And researchers found that the problem is worse for seniors, who looked away from the road for up to eight and a half seconds longer than younger drivers.

"We know from prior work that younger drivers are struggling," said study coauthor David Strayer, a professor and director of the Center for the Prevention of Distracted Driving at the University of Utah in Salt Lake City. "We found that older drivers take their eyes off the road for longer when they are trying to interact with this technology."

The new findings are particularly important given that there will be increasing numbers of senior drivers on the roads, said Jake Nelson, AAA director of traffic safety research and advocacy. And keep in mind, Nelson said, "whether it's easier-to-see signals or striping on the roads, if it's good for seniors, it's good for all of us."

For the new study, done as a partnership between the AAA Foundation for Traffic Safety and the University of Utah, researchers tested the visual and cognitive demands of infotainment systems in six 2018 vehicles. 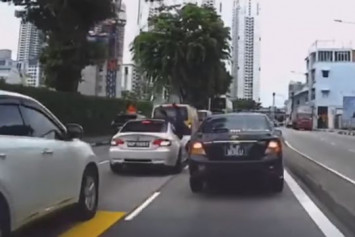 Two groups of participants - between ages 21 and 36 and between 55 and 75 - were asked to use the interactive vehicle technologies to make a call, send a text message, tune the radio and run a navigation programme. To do that, they needed to use voice commands as well as touch screens. Some of the more complicated systems used multiple menus and cumbersome voice command functions that made it hard to complete tasks while watching the road.

In one test, researchers periodically projected a red light onto the windshield. "The visual and cognitive demands were so great that in some cases people could detect just 25 per cent of the red lights," Strayer said. "A lot of these systems require the driver to look at a screen and reach over and make a precise adjustment."

Strayer suggests that consumers put at least as much energy into checking out a car's infotainment system as they would in buying a new phone. "You need to be a smart consumer," he said. "Make sure you don't buy a car you can't use."

Beyond that, he said, "if your car has features you need to figure out, figure out how to use them before you start to drive."

And remember, Nelson said, "just because it's built into the car doesn't mean it's safe to use. You can't make the assumption that using technology like this while you're travelling down the road at 70 mph is going to be safe."

Strayer and Nelson would like to see car companies make the infotainment systems easier to use.

Other studies have shown that "distracted driving is a major risk factor for motor vehicle crashes," said Dr. Guohua Li, a professor of epidemiology at Columbia University's Mailman School of Public Health and the founding director of the Center for Injury Epidemiology and Prevention at Columbia in New York City.

The new study shows "that vehicle infotainment systems could be a significant source of distraction for drivers, particularly older drivers," Li, who was not involved with the new research, said in an email.

Li hopes studies like this will lead car makers to improve the design of vehicle infotainment systems. "Increased integration, automation and personalization may minimise the unintended effects of vehicle technologies," he said.