A miscarriage refers to a pregnancy loss before 5 months gestation.

Multiple miscarriage or recurrent miscarriage refers to the loss of two or more consecutive pregnancies.

In a small number of cases, the miscarriage may be because one of the parents carries an abnormal chromosome.

The parent may repeatedly pass on an abnormal chromosome, causing recurrent miscarriage.

Karyotyping, a blood test that checks for chromosomal abnormalities, can tell if something is wrong and if further tests are required.

The chances of miscarriage increases as a woman ages. After the age of 40, more than one-third of pregnancies end up in miscarriage.

Progesterone is a hormone produced in pregnancy which is essential for a healthy pregnancy.

There is some preliminary evidence which suggests that low progesterone levels may contribute to recurrent miscarriages.

Some early studies have shown that certain treatments such as progesterone supplements, injections of hCG may be beneficial to support the pregnancy.

Women with multiple miscarriage should also be screened for diabetes, thyroid disorders and polycystic ovaries.

An incompetent cervix, also known as cervical insufficiency, is a condition where the muscle fibres of the cervical tissues are weak leading to loss of pregnancy or premature birth.

If you are considered at risk of cervical incompetence or cervical weakness, you may be offered a scan or be advised to have stitch or cervical cerclage early on in the pregnancy.

An abnormally shaped womb can increase your risk of recurrent miscarriage and premature birth.

Fibroids and polyps, which are benign (noncancer) growths of the uterus, also may play a role in recurrent pregnancy loss. Doctors might suggest an ultrasound to look for fibroids, septum, scarring or polyps. 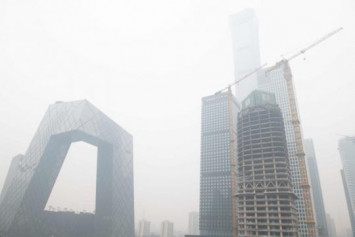 Some blood clotting disorders, such as systemic lupus erythematosus, antiphospholipid syndrome and inherited disorders (thrombophilias) can cause 'sticky blood' and recurrent miscarriage.

Antiphospholipid syndrome occurs when your body's immune system mistakenly attacks some normal protein in your body and increases the risk of blood clotting in your blood vessels.

The blood clots can occur in the veins in your leg, causing deep-vein thrombosis, and clots can also form in the placenta, depriving the baby of essential oxygen and nutrients, causing miscarriages or stillbirths. Treatment may involve taking aspirin and/or heparin therapy.

In 50-75 per cent of women with repeated miscarriages, no cause can be found for the pregnancy loss.

Various factors increase the risk of miscarriage, including:

To determine the possible cause of multiple miscarriages, the  doctor will assess the patient's medical history and previous pregnancies. A complete physical exam, which includes a thorough pelvic exam, must be done.

In cases where tissue is passed during the miscarriage, the woman may be encouraged to preserve and send it immediately to the doctor for laboratory tests.

If a genetic abnormality is suspected to be the cause of miscarriage, DNA tests, Karyotype testing and/or Carrier Screening for rare genetic diseases may be suggested.

Genetic counselling is recommended for couples in case of chromosomal errors. In cases of chromosomal abnormalities, IVF may be recommended, especially when age and time are a concern. In IVF, an unaffected embryo is selected for implantation.

If uterine abnormalities or cervical weakness is suspected, an ultrasound or MRI is usually done.

Surgery may be recommended to correct abnormalities and for removing fibroids, polyps and scar tissue that endangers pregnancy outcome.

Cervical weakness or incompetence is usually addressed by a cerclage, in which the cervix is sewn closed during pregnancy.

Blood tests may be conducted to detect hormonal imbalances and autoimmune illnesses.

Medicines are prescribed for patients with autoimmune or hormonal conditions.

Lupus and antiphospholipid syndrome, which cause blood clots, can be treated with blood-thinning prescriptions like aspirin.

Hormonal imbalances are remedied with progesterone supplements or dopamine activators.

Read Also
Do you need to practise confinement after miscarriage? 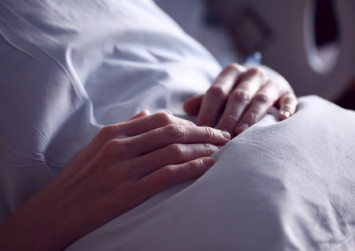 It is important to note, however, that despite the number of tests done, the percentage of patients who receive a clear and accurate diagnosis for recurrent miscarriage is only about 50 per cent.

The remaining half is usually unexplained.

Lifestyle changes, including maintaining a healthy weight and stopping smoking and drinking alcohol and caffeine, and drug use, can greatly reduce the risk of miscarriages.

Dealing with multiple miscarriages and losing one baby after another is heartbreaking.

You might be overwhelmed by feelings of sadness and guilt and anxiety about future pregnancies.

Emotional healing might take longer than physical healing. The important thing is to stop blaming yourself.

Understand that very often, the cause of a miscarriage is unexplained, and everyday activities, such as exercising, working, and having sex, don't cause miscarriages.

A common concern after miscarriage for most couples is when they can try for a pregnancy again. It is best to wait until you are ready physically and emotionally before getting pregnant again. 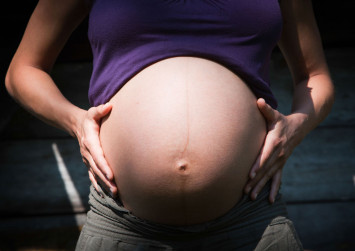 Fears about suffering another pregnancy loss are common after a miscarriage.

The reality is that most women who miscarry go on to have a healthy pregnancy the next time around. Share your feelings with your partner, family and friends.

Joining support groups and talking to other women who have had successful pregnancies after recurrent miscarriage will help you feel more positive.

Also, speak with your doctor if you are thinking of re-trying for a pregnancy.

In many cases, it's safe to conceive after one normal menstrual cycle.

At times, though, you might be advised to have medical tests and scans first to determine the cause of your miscarriage.

Often, there's nothing you can do to prevent a miscarriage. A healthy lifestyle and folate supplementation is usually recommended before attempting another pregnancy.

Focus on taking good care of yourself:

Also, research led by the University of Birmingham suggests that giving progesterone to pregnant women with early pregnancy bleeding and a history of miscarriage could increase their chances of having a baby.

Do discuss with your doctor about this.

CHANCES OF HAVING SUCCESSFUL PREGNANCY

The chances of having a successful pregnancy usually depends on the cause of miscarriage. About 65 per cent of women with unexplained recurrent pregnancy loss have a successful next pregnancy.