What to do if someone you know is experiencing domestic abuse

You may have read that domestic abuse was on the rise when circuit breaker measures kicked in on April 7 this year.

According to a report by The Straits Times, 476 police reports were filed between April 7 to May 6 for "offences commonly associated with family violence", a 22 per cent increase from the number of such cases before everyone was asked to stay home.

It may thus be of little surprise that in May alone, the Association of Women for Action and Research (AWARE) saw calls pertaining to family violence increase by 137 per cent, and calls related to emotional and psychological distress increase by 436 per cent compared to last year's statistics.

And here's the thing: domestic violence isn't only inflicted by spouses or romantic partners-the abusers can also be parents, children, siblings, extended family or even employers of domestic workers.

More significantly, much as domestic abuse is often associated with physical violence, it can also take the form of sexual, emotional, psychological, economic abuse.

Why the rise in domestic abuse during the circuit breaker?

It should go without saying that domestic abuse is never the fault of the victim.

"Violence of any kind is never justifiable or acceptable, regardless of the problems in a household or relationship. The responsibility always lies on the shoulders of the abuser," says Meehan, Senior Programme Executive for AWARE's Women's Care Centre.

However, the rise in domestic abuse during the circuit breaker was probably due to things like precarious financial situations a result of the Covid-19 pandemic. The ill-managed negative emotions from, say, layoffs could have resulted in illogical responses that the abuser took out on those living with them.

According to Laura, abusers "lash out against people around them in order to regain some semblance of control in their lives", which is also why abusive behaviour is commonly linked to unemployment and economic hardship.

Shirley Woon, a senior psychotherapist from The Blue Pencil, says another cause for the rise in cases is limited space: Having to be around one another all day could have led to a rise in conflicts between family members that escalated to violence.

It didn't help that because of social distancing measures, victims found it less convenient to reach out to external support systems and many had also lost the financial independence they needed to escape their abuser when they lost their jobs.

Non-physical abuse is no less harmful

The effects of non-physical abuse can be as damaging. Shirley likens the effects of emotional abuse to a repetitive commercial jingle that's stuck in your head. 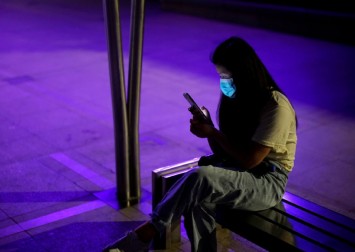 "Even when the abuses are not physical, the hurt and pain inflicted could last for a long time if help is not sought. If negative words are constantly spoken into one's life… they can develop a sense of shame, guilt, fear or even confusion," she says.

When it comes to financial abuse, which can take the form of financial control or being made to be financially dependent on the abuser despite one's ability to be employed, Shirley says that victims may develop a fear of eviction or debt and work excessively to earn enough, which could lead to mental and physical health problems.

Since non-physical abuse isn't as easy to distinguish, AWARE as such uses the PACKED (Powerless, Abused, Controlled, Kept Isolated and Emotionally Dependent) indicator to find out if one is trapped in an abusive relationship.

Laura explains that when one feels PACKED, they are "in a state of constant fear, anxiety and self-doubt which makes it even harder for people to leave."

She adds that in a controlling relationship, the abuser, even if non-violent, may insist on knowing the whereabouts, phone activities, social interactions and spending habits of their partner.

What to do if someone you know is experiencing abuse

"Domestic violence can disrupt and endanger an entire community, including relatives, friends, neighbours and colleagues, and it is in the public interest to put a stop to it," says Laura. 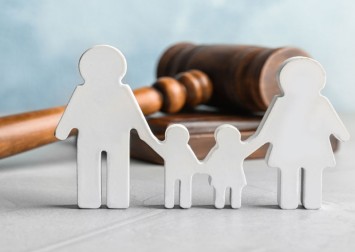 But don't make going to the police the first thing you do - she adds that depending on the situation, getting them involved may not always be the best course of action, and that doing so may create an even more unsafe environment for the victim after the police leave.

Unless the victim is in immediate danger, it's important to get consent from them before reporting their situation.

If you are unsure of how to proceed, Laura recommends seeking advice from family violence specialist centres such as PAVE, Care Corner or Trans Safe Centre.

AWARE also has a sexual assault care centre helpline available and victims can also use their online chat service if they need to talk to someone ASAP.

She also recommends providing moral support by checking in on the victim regularly and listening to what the person has to say to help them feel less alone.