What new rehousing options do Sers home owners now have?

The first Selective En Bloc Redevelopment Scheme (Sers) took place in August 1995 at Tiong Bahru Road. And since the beginning of Sers, there have been only 81 lucky HDB projects that were chosen to be redeveloped.

This accounts for only four per cent of all HDB flats that have been built.

In April this year, some “lucky” flat owners that were living at Ang Mo Kio Ave 3 were selected to be part of redevelopment under Sers. This came as a bit of a surprise, because it was the first such project announced since March 2018.

In 2017, then-Minister for National Development Lawrence Wong warned homeowners not to expect their old flats to be chosen for Sers.

To reflect this policy, there have only been four Sers projects (including this year's Ang Mo Kio Ave 3 Sers) announced in the past 10 years. This is a huge contrast to the prior decade, which saw 33 Sers projects announced between 2002 and 2012.

Sers: What are you 'entitled' to?

The general process for Sers is that existing homeowners will be offered either a buyout of your HDB flat at the market rate (with an ex-gratia payment) or receive compensation and take up a replacement BTO flat nearby.

The replacement BTO flat will come with a fresh 99-year lease. This is akin to getting an expedited queue to the new BTO project.

Is Sers a given windfall?

Up to this point, the general reaction of homeowners that were selected Sers is a positive one.

After all, homeowners of previous Sers enjoyed a “small” gain when they en bloc your HDB flat back to HDB, got a new flat with fresh lease, and still got to encash some cash value out of your old HDB flat.

However, this turned out not to be the same for those who were affected in the Ang Mo Kio Sers, which led to angry and worried homeowners.

What Sers rehousing options do those affected in the Ang Mo Kio Ave 3 Sers have?

In the case of the Sers for Ang Mo Kio Ave 3, homeowners were initially given two choices. 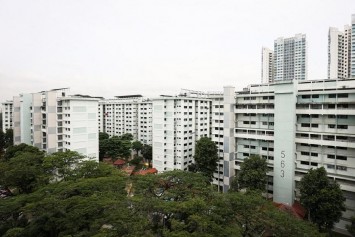 However, a four-room flat in the past is now the size of a five-room flat for new BTO projects. Four-room flat owners will receive a compensation from HDB between $396,300 to $468,500.

This amount will only allow them to purchase a four-room flat at the replacement blocks along Ang Mo Kio Drive that are smaller in size, i.e. 80 sqm (vs 92-93 sqm of the old flats).

If homeowners want to take up a similarly-sized flat, then it is going to cost you. You will have to top up the difference out of your own pocket, be it in cash or CPF.

But problem is, most homeowners living in the affected blocks are elderly. They may already be enjoying their retirement and may not have spare cash (or CPF) to do the top up.

Homeowners are also given a choice if they wish to sell it on the open market before March 31, 2023. This means that they are selling the Sers-bound HDB flat together with the rehousing benefits.

Read Also
New HDB Sers flats less than 5 years old (i.e. near MOP) that have or will hit the resale market soon 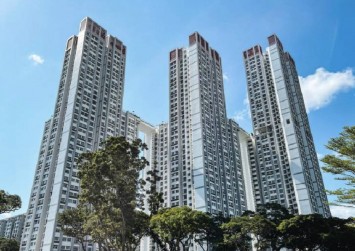 The new owners will essentially be treated like an existing homeowner and get to choose between options one, two, and four below.

Some homeowners have already started selling their flats online on PropertyGuru and 99.co. Prices have already been jacked up to $850,000 (wow!).

Given the asking price, it is unlikely that a transaction will go through, unless someone really wants to stay at the replacement flat at Ang Mo Kio Drive.

After much outcry from residents, HDB recently allowed two other rehousing options for the Ang Mo Kio Ave 3 homeowners, as well as for all future Sers projects. These are:

Under HDB’s lease buyback scheme (LBS), homeowners only need to have enough lease that will ensure you have a roof over your head till 95 years old. Beyond that, you can sell the lease back to HDB in multiples of five years.

Previously, LBS was not an option once Sers had been announced.

LBS will allow homeowners the flexibility of selling back any outstanding lease that you don’t need to HDB.

Unfortunately, there are several eligibility requirements for this scheme (e.g. it is only applicable for those who are above 65 years old) and may not be applicable to all affected homeowners.

For younger homeowners who are not eligible for LBS, HDB has introduced a similar scheme to LBS, with some modifications.

4. Take up replacement flat with only 50 year lease

The fourth Sers rehousing option was subsequently added to the list of available options after getting many complains from homeowners (oops). This option lets homeowners get a replacement flat with a fresh lease of only 50 years, instead of the usual 99 years. 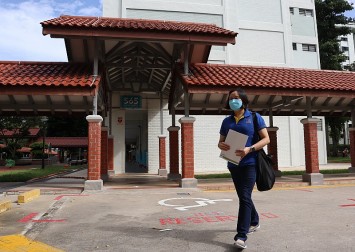 The only caveat? It is only for those above 45 years old since the HDB needs to last you till you are 95 years old.

This rehousing option means that homeowners may not need to top up any money from your own pocket. In fact, you may even reap a net gain from Sers and enjoy some cash value from it for a flat of similar size.

This seems like a win-win for most homeowners living in Ang Mo Kio Ave 3, except those that are planning to sell your HDB flat in the future.

With only 50 years of lease left, the group of homebuyers that you can target will be much smaller, i.e. only those above 45 years old. The group gets smaller as your replacement flat ages.

Why are Ang Mo Kio Ave 3 homeowners in such a dilemma?

The problem for affected Ang Mo Kio Ave 3 homeowners isn’t just about the cash. It is also about being uprooted from a place that they call home, and that many older residents had expected to live the rest of their days in.

What’s even more frustrating for some is that the replacement flat at Ang Mo Kio Drive is less convenient than Ang Mo Kio Ave 3, unless you study at ITE College Central, Nanyang Polytechnic, or Anderson Serangoon Junior College.

Interestingly, there's been less of an outcry for another group of homeowners also affected by the government acquisition of their homes this year.

What about affect Marsiling flats acquired by the government?

While Ang Mo Kio Ave 3 is the only location selected for Sers this year so far, there has been another announcement of the government acquiring HDB flats.

In May, news broke that nine blocks at Marsiling Crescent will be acquired by the Immigration and Checkpoints Authority (ICA) to make way for an expansion of Woodlands Checkpoint.

As this acquisition is by ICA and not HDB, it technically isn't a Sers project, but will follow similar procedures and guidelines, including the new rehousing options.

No cash top-up needed, albeit a smaller space

Unlike homeowners at Ang Mo Kio Ave 3, homeowners at Marsiling Crescent do not have to top up extra cash. For instance, five-room flat owners be compensated between $437,600 and $550,900 for your existing unit.

That said, the housing size for the replacement flat at Woodlands Street 13 will be smaller. For example, a new five-room flat is 110 sqm while the existing flat at Marsiling Crescent is 118 sqm.

Closer to Marsiling MRT than before

The other benefit of taking up the replacement flat is that it is much closer to Marsiling MRT.

It is within walking distance from Marsiling MRT, which wasn’t even imaginable when homeowners were staying at Marsiling Crescent.

In fact, Marsiling Crescent was even closer to Woodlands Custom than Marsiling MRT.

Regardless of which option you choose, you may find yourself having to take up a HDB or bank loan to finance your new home, especially if you still have outstanding balance on your existing mortgage.

Engaging a mortgage consultant is the best way to help you find the best bank loan deal in the market, i.e. those with lower interest rates.

The lower the interest on your bank loan, the less you will need to fork out for the monthly mortgage repayment. This in turn helps to make your new home more affordable.

This article was first published in Mortgage Master.