What she thought was a 2-hour volunteering stint during circuit breaker has lasted till now: 'I'll be here awhile'

Ms Lim decided to stay on even after the circuit breaker as she knew there was still a need for refurbished laptops.

SINGAPORE - What started as a two-hour stint as a volunteer has now gone on for a year – and Ms Lim May-Ann has no plans to stop.

During the circuit breaker last year, Ms Lim, 40, chanced upon a Facebook post which asked for help in refurbishing and repairing laptops for low-income families.

Without hesitation, she approached the non-profit group behind the post – Engineering Good.

“Instead of playing with regular toys as a kid, I would play with screwdrivers. I also watched and learnt at my dad’s workshop when I was older,” said Ms Lim.

“(Engineering Good’s initiative) merged my desire to do something and my ability to do it, so I volunteered.”

Ms Lim was told to head to Engineering Good’s office for a session, which she thought would last just two hours. It did not.

Struck by just how many families needed laptops and how many of the devices needed repair, Ms Lim stayed for six hours that day.

She continued to help out in the weeks ahead, repairing at least 100 laptops in two months during the circuit breaker.

Read Also
Volunteering in Singapore: 13 places to give back to the community 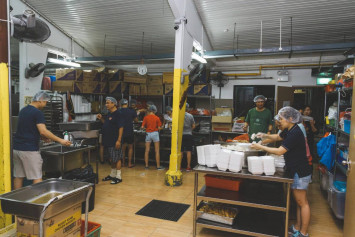 “I stopped counting after that,” she said.

This was all part of Engineering Good’s Computers Against Covid initiative, which involved collecting, repairing and distributing old laptops to those who cannot afford one of their own.

The initiative kicked off with about five active volunteers and the number has since grown to about 200,  said Ms Lim.

She was one of the first few volunteers and was involved in administration. She decided to stay on even after the circuit breaker as she knew there was still a need for refurbished laptops.

The project aims to install blockwide Internet access at broadband speeds for rental flats here by mounting multiple access points in common corridors, as part of the group’s wider strategy for digital inclusion.

This has been the longest volunteering stint for Ms Lim, something that she could not have foreseen if not for the circuit breaker and the Covid-19 pandemic. 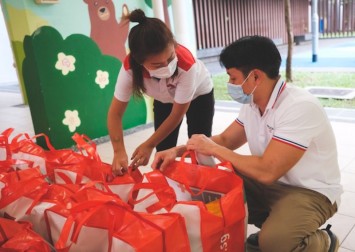 As managing director of research consultancy TRPC as well as executive director of the Asia Cloud Computing Association, Ms Lim used to travel for two weeks every month.

But Covid-19 and the circuit breaker meant that she spent more time at home, allowing her to serve the community, she said.

Ms Lim now spends about four hours a week as a volunteer for Engineering Good.

“It’s really great working with people who care, are like-minded, and have the same quirky sense of humour. I’ll be here a while,” she said.