What is Tourette syndrome: Signs, causes and treatments

Tourette syndrome is a neurological disorder that causes a person to make uncontrollable sounds and repetitive movement known as tics.

The syndrome usually starts during childhood with the average onset between the ages of 3 and 9 years old.

It is common for kids with Tourette's to be also diagnosed with obsessive-compulsive disorder (OCD), attention deficit hyperactivity disorder (ADHD) or other learning difficulties.

According to the Centre for Disease Control and Prevention in the US, boys are three to five times more susceptible to have Tourette's than girls.

While there is no cure for the syndrome, the tics and other symptoms tend to improve and sometimes even disappear after several years.

Tics are the main symptom of Tourette's syndrome.

But even in that category, there are two main types of tics - motor or physical tics and vocal tics.

In order to be diagnosed with Tourette's, the patient must have at least two motor tics and one vocal tic.

Motor tics are sudden and repetitive movements from a single muscle group.

Just like motor tics, vocal tics are when a person makes sounds unintentionally which usually involves one simple sound.

Often motor and vocal tics can happen at the same time and throughout the day. 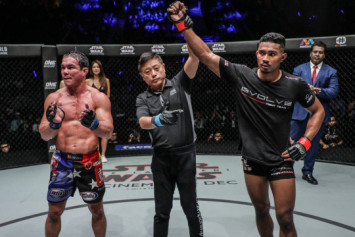 However, some patients observe that tics become less frequent when they are concentrating or relaxing.

While tics may not be harmful health-wise, physically they may cause a lot of pain especially with motor tics like head twitching.

Tics also worsen during stressful times for instance, when your child may be joining a school for the first time or during conflicts with friends or family.

People with Tourette's feel a strong urge before a tic, similar to what we feel before sneezing or itching, this is known as premonitory sensation.

The only way to get rid of this feeling is by doing the required action.

Some examples of this sensation include a burning feeling in the eyes before blinking, a dry or sore throat before grunting or an itchy joint.

The cause of Tourette's is still unknown however current research shows that it is due to abnormalities in the brain circuits and neurotransmitters like dopamine and serotonin.

It also can be due to inheritance, so if you or anybody in your family had Tourette's, your child is more likely to have the disorder.

While there is no cure for Tourette Syndrome, there are treatments to reduce and improve tics.

However, the majority of Tourette's patients do not require any medication because tics generally do not interfere with body functions.

But in the case that it does, narcoleptic drugs are usually prescribed to suppress severe tics.

Behavioural therapy can be done to reduce tics and is provided by a psychologist or a trained therapist.

There are two main types of behavioural therapy - habit reversal and exposure with response prevention.

Habit reversal training figures out what feelings trigger tics and exposure with response prevention trains patients to control the urge to tic.

So parents, if you have a history of Tourette's in your family or your child is displaying motor and vocal tics, consult your doctor immediately.

The earlier you get a diagnosis the easier it will be for your child to manage his or her symptoms.