When to worry about moles on your child: Different types and skin cancer risks

Moles on a child’s face or any other body part is absolutely normal unless it starts changing colour, size, shape or texture. Timely medical intervention and removal of such cancerous moles can reduce the threat to one’s life.

Moles are a common feature of the skin and nearly every human being has it. Children too, have moles on their face and/or bodies. Some moles are present at the time of birth and others develop at a later stage.

Most of the skin moles are normal and develop due to daily sun exposure, such as freckles, but some moles may ring the alarm bells.

If the skin mole changes its colour, shape or size, then yes there might be something more than just being a spot on the body.

But before exploring the possibilities of cancerous moles, let us first understand the common types of skin moles found in both children and adults.

Common moles appear when melanocytes, a mature melanin-forming cell grows in a cluster instead of spreading across the skin.

They can be found on any part of the body in different shapes, colour and sizes and range from as little as one mole to nearly 40 moles spread across various body parts.

Colours of these skin moles may vary from black, brown, light brown and red. 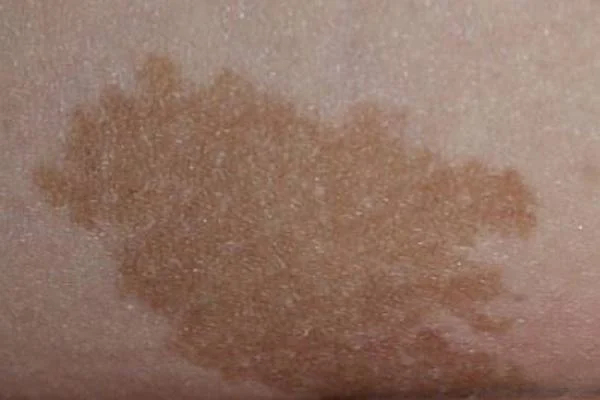 When babies are born with a mole on their body it is called a congenital mole. These moles such as the Cafe au lait spots can vary in size, colour, shape, texture and hairiness. Only 1 out of 100 newborn babies have the chances of having a congenital mole. This type of mole can measure 4 inch or larger in size. 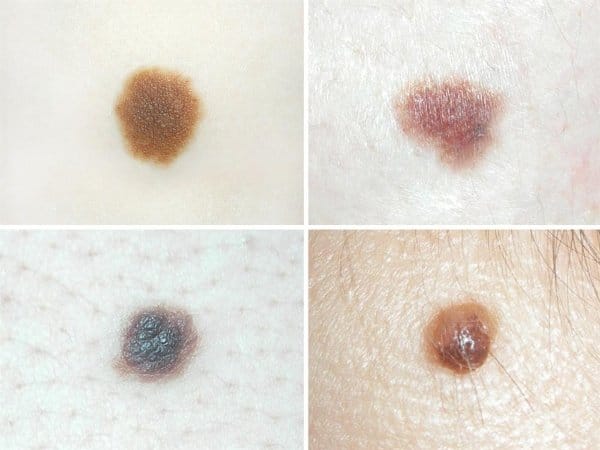 Moles under this category appear or develop later in life and can appear due to excess sun exposure and damage.

One such example of acquired moles are freckles, which are patches of moles on an individual's face. They appear due to genetics or excess sun exposure. Freckles are natural and a normal skin feature unless it spreads rapidly and severely to different parts of the skin. 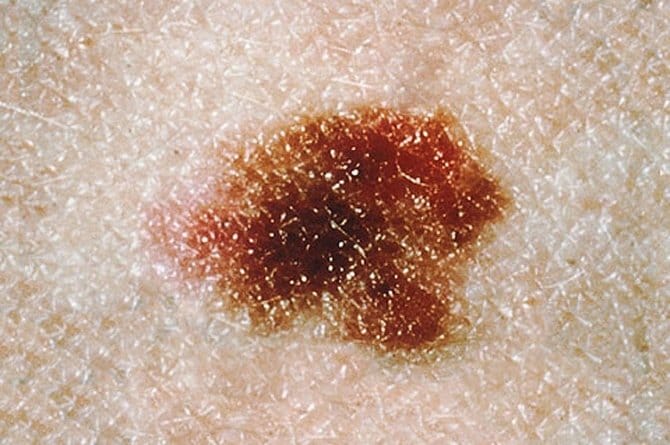 When to worry about a mole? Although most of atypical moles do not turn into melanoma, it is better to get them checked by a doctor. PHOTO: National Cancer Institute

Atypical moles are bigger in size compared to other types of moles. Their edges are irregular and colour may range from light tan to dark brown shades.

Often referred to as dysplastic nevus in scientific terms, these moles may look like melanoma. These moles have a greater chance of turning into melanoma and being cancerous.

They can be hairy, and the edges fade away in the skin without any bumpy or enhanced skin levels. Although most of them do not turn into melanoma, it is better to get them checked by a doctor.

When to worry about a mole and get it checked?

The moles present on our skin since birth are less prone to cancer in comparison to the ones developed at a later stage in life.

If moles on children's face or any part of the body tend to grow or change colour, then it needs to be checked by the dermatologist.

But before hitting the panic button and rushing to the doctor, here is a quick checklist to see when you need to get a mole checked by a skin specialist.

While brown, black or skin-coloured moles are considered common, red moles are not. So when to worry about a mole?

If you notice red moles, as well as pink, white or blue moles, it is advised to visit the doctor. At times, these colours could also be mixed in with a brown or black mole, which could point towards melanoma.

Moles appearing after the age of 50 years should be checked and monitored regularly as there are high chances of turning into melanoma and can be life-threatening.

Melanoma is a type of skin cancer that starts with melanocytes. It spreads rapidly reaching to the other parts of the body and damages the nearby tissues.

Melanomas are commonly bigger than a pencil eraser (or 6 millimetres). It can also be constantly changing in size, shape, colour or overall appearance. 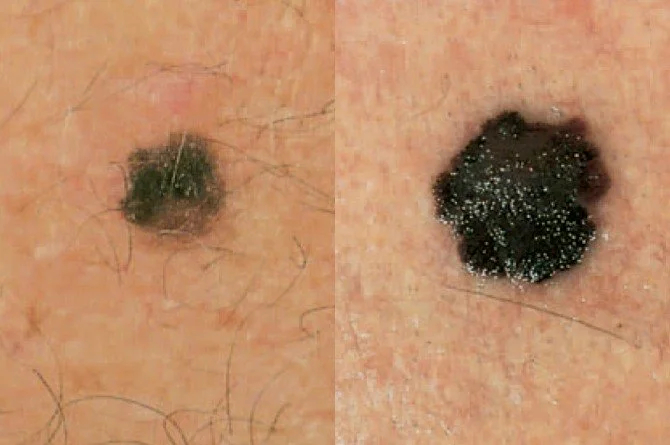 When to worry about a mole? Although most of atypical moles do not turn into melanoma, it is better to get them checked by a doctor. PHOTO: National Cancer Institute

One could also start experiencing itching or bleeding when he/she previously has not.

It is crucial for parents to understand the potential health risk for children and measures to safeguard their well-being. While there are a plethora of information on different types of cancer risk in children, lesser information is available on skin cancers.

Like any other cancers, skin cancer also imposes risk on children's health and life. Children with light-skin and light-hair are at a higher risk of developing paediatric melanoma.

According to UnityPoint Health, the risk of melanoma increases already at 15 years old.

Exposure to ultraviolet radiations and severe sunburn history makes a child more vulnerable to skin cancer. Also, kids having a family history of melanoma cancer also have the likelihood of developing the same.

The causes of developing cancerous mole in children can be due to the following:

Instead of wondering when to worry about a mole, early identification of symptoms and annual check-up of any suspected moles can prevent skin cancer. Symptoms of a cancerous or melanoma mole in children are similar to adults.

Parents can advise their children to keep an eye on his or her body for any new or uncertain developments. If kids are too young to understand them, it is then better to consult a doctor if new moles are observed and changing frequently.

These moles can be removed and can be stopped from becoming a life-threatening disease. Remember, cancer if detected early can be cured. An observing eye is all you need.