Where is the cheapest place Singaporean shoppers can buy Chanel bags?

As a symbol of class, timeless elegance and exceptional quality, Chanel has withstood the test of time as one of the most respected fashion houses. With several iconic pieces including the 2.55 bag, Boy bag and two-tone slingback heel, Chanel goods have always been status symbols.

With a quickly growing middle class in Asian countries in the past few decades, Chanel and other luxury items have become a mark of the newly wealthy middle class.

Thus, it makes sense that Chanel bags are very popular in Singapore, a country that has risen to a high level of prosperity in a few decades.

However, because Chanel is so expensive, it has become common for shoppers to go to other countries to see if they can score the same item for cheaper.

Because of this practice, we wanted to see how different prices of Chanel goods are in other countries and whether it is worth it for Singaporeans to buy Chanel when travelling abroad.

CHANEL IS CHEAPEST IN MALAYSIA & THE UK

There isn't one location where prices for Chanel are the cheapest across the board.

The prices for the 5 items we analysed were 7-10 per cent less than prices in Singapore. These items were also 2-6 per cent cheaper in Malaysia and the UK than in Chanel's production homebase of France.

Something interesting to know if you do your shopping in the UK or EU, is that you may be eligible for a VAT refund. This means you can get most of the tax on your Chanel purchase credited back to you.

Thus, if you bought your bag in the UK or in a EU country, your VAT refund can lead to hundreds of dollars in savings, which would be in addition to the already $500-$750 cheaper price tag. To ensure your new luxury goods are protected during your travels and as you deal with customs at the airport, we recommend protecting yourself with a travel insurance policy.

CHANEL IS MOST EXPENSIVE IN USA AND THAILAND

Individuals who live in the US (using NYC as a proxy) and Thailand pay the most for the items we analysed.

Compared to Singapore, we found that Thai residents pay 7 per cent more on average for Chanel bags and wallets, while New Yorkers pay 14-18 per cent more for shoes.

These price differences are even greater when comparing the prices of Chanel in Thailand and the US to France. In fact, shoppers pay 16-25 per cent more at these locations than shoppers in France.

WHERE SHOULD SINGAPOREANS TRAVEL TO SAVE ON CHANEL GOODS? 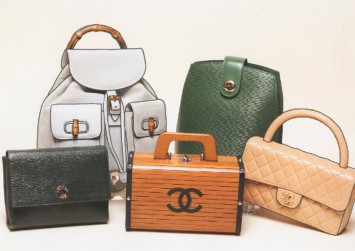 Furthermore, Malaysia can be considered as another money-saving destination, as the Chanel boy bag and 2.55 classic flap cost between $380 and $415 less than in Singapore.

Considering that you can drive to Malaysia or purchase a cheap flight, you may end up saving a bit of money.

However, you should keep in mind that you will be subject to pay the 7 per cent GST upon return to Singapore.

Thus, since the tax can add an average of $474 to your bag purchase, your savings may be less than you anticipated. Taking this into consideration, it is advisable you consider purchasing Chanel goods from a European boutique that allows you to claim the VAT refund.

This way, you will at least avoid paying the tax twice. As a quick aside, you should also consider paying for your purchase with a card that offers generous rewards so you can earn miles and points towards other purchases.

WHY DO SINGAPOREANS PAY MORE THAN OTHER COUNTRIES?

It may seem unfair that you have to pay higher prices for the same goods just because of where you live, but this may be due to reasons that even Chanel may not be able to control, despite their attempts to do so.

While it is difficult to pinpoint exactly why price discrepancies exist, our analysis suggests there are a number of factors at play that primarily stem from supply chain and import taxes.

Thus, it can be at least comforting to know that Singaporeans are probably not paying inflated prices at Chanel boutiques due to their perceived wealth.

For one thing, we did notice that Chanel stayed true to their promise to reduce the pricesin Hong Kong and Chinese boutiques and not charge higher prices due to a nation's demand for luxury goods.

For instance, while traditionally shoppers could expect to see a 20 per cent markup on luxury goods in China, Chanel goods in China are actually priced within 1-5 per cent of the price of the goods in France.

Furthermore, while the USA is the largest market and does indeed see higher prices than most other countries we analysed, the 2nd and 3rd largest markets, China and France, have some of the lowest prices. However, this may be due to the artificial lowering and raising of prices in these countries due to the company's price homogenisation attempts.

Furthermore, there is no clear correlation between the purchasing power of individuals and Chanel prices. For instance, Thailand has the lowest GDP per capita, but it has the highest prices for Chanel bags. In fact, a Chanel Boy Bag costs $1,189 more in Thailand than in South Korea, who's GDP per capita is more than twice as much as Thailand's.

Thus, while pricing may have differed due to market demand and ability to buy luxury goods pre-2015, it is most likely not the case now.

We found that while transportation may play a role in pricing, it is not the greatest reason for price differences. For instance, the USA and Canada see price stark price differences while being fairly close in location. Furthermore, Thailand and Singapore are close in proximity but Thailand's Chanel boutiques charge 7-10 per cent higher prices than Singapore's.

Besides transportation costs, import duties can play a role in determining the final price of a Chanel item. For instance, Thailand, which has the highest price premium on our list, has a 30 per cent customs duty rate on leather goods and an additional 7 per cent VAT rate.

On the other hand, Malaysia and Singapore only have a 6 per cent and 7 per cent VAT rate, respectively, and no customs duty.

Meanwhile, their Chanel boutiques charge 7-17 per cent less for the same items as boutiques in Thailand. 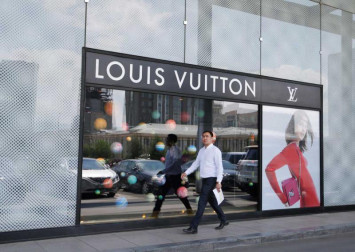 We also found that the customs duty rate has more of an impact than the VAT rate (which consumers will see as their tax on a good). For instance, despite the UK and Spain having higher VAT rates than other countries on our list, they do not have a customs duty rate and charge prices that are cheaper or identical to French Chanel boutiques.

We also see this with geographically distant locations such as Malaysia and Hong Kong. Neither nation has a customs duty but have some of the cheapest prices.

However, there are a couple of exceptions. For instance, we find the opposite pattern when comparing the USA and Canada.

While Chanel goods in Canada are cheaper than in the US, Canada's total import duties are higher at 21 per cent, compared to the United States' 13 per cent.

Furthermore, despite Singapore not having a customs duty tax on leather goods, it still has an 8.2 per cent average price increase compared to France. Thus, there could be other factors at play here that increase the price in these countries.

OTHER WAYS TO GET CHANEL GOODS

If you can't afford a brand new Chanel item, there are still ways to snag authentic items without the exorbitant price tag.

The most common way would be second-hand luxury resellers, although the chance of getting a knock-off good is definitely there.

To reduce the chance of getting ripped off with an inauthentic piece, you can do your due diligence about the site you are buying from and only buy from places that have good reviews, authenticators and have considerable experience reselling luxury items.

Although it will be rare to find a Chanel bag at a steep discount due to its high resale value, you may be able to knock off a couple hundred dollars.

Read Also
Luxury fashion brands you can buy furniture from 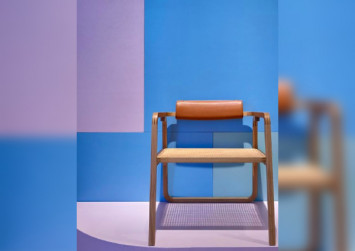 Since we are comparing prices from a Singaporean shopper's perspective, we converted local currency to the current SGD rates.

While this helped us standardise our analysis, it is important to mention that currency fluctuations will mean shoppers may have different experiences. Thus the prices listed here are for educational purposes and are not guaranteed.

To find out why Chanel's pricing differs across different markets, we analysed the GDP per capita using data from the World Bank and also looked at import duties using CustomsDutyFree's calculator.

Furthermore, since the US and Canada have different regions where taxes differ, we used NYC and Ontario as proxies. Since the prices for these locations on Chanel's website did not include taxes, we used the prevailing tax rates for these two locations.