Which SUVs would fare well against the flash floods we've been experiencing lately?

The Vezel was once Singapore's best-selling car and helped to propel Honda back into the top three.

We previously talked about how much Singapore loves SUVs - or crossovers - and made the case that these menacing-looking cars often don't have the off-road capabilities to match their looks.

They simply satiate a desire among drivers for taller ride heights and better road presence - although this is admittedly valid in its own right.

With the weather Singapore has been experiencing again recently, there is perhaps no better time than now to evaluate how quickly our SUVs' sturdy facades will start to slip in the face of a flood.

Of course, we couldn't possibly amass 12 SUVs all at once, much less simulate a flash flood and risk damaging them in one - plenty of vehicles have already suffered that fate.

Also, driving through a flood is slightly different from proper off-roading. So take note: This is all theoretical.

Nonetheless, who would most likely be swept out first when the waters come washing down our roads? Conversely, who would be strong enough to power through?

A list like this has to include some of Singapore's most iconic and beloved (read: fuel-sipping crossovers), but we also want to consider the full range of SUV-like things - yes, things because they come in so many different forms nowadays. 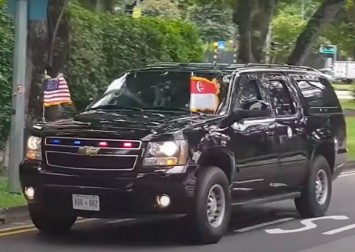 We've hence included a token representative of the coupe-appropriating trend as well as those with a bit more off-road pedigree alongside our perennial crossovers.

Finally, of course, everything will be stacked up against the proper kings of dust and mud (we know you know who they are already).

To assess the cars, we'll first start low, with the most rudimentary of yardsticks - ground clearance - because even the best carmaking wizardry in the world needs to be guided by some basic principles of physics.

Still, we know that's not enough, so we'll get to some of the really sophisticated stuff fitted on some SUVs as we near the top. This is where the great will get separated from the good.

There is no doubt that Singapore's number one selling car for three years previously - the Honda HR-V/Vezel - will be among the first to get stuck when the waters start rushing in, with its minimum ground clearance of 170mm.

Likely faring even worse would be the recently-debuted Toyota Yaris Cross, at 160mm.

(Almost got misled by its aggressive wheel arches and plastic cladding, eh?) The evergreen Nissan Qashqai, with 180mm, would perhaps manage better, but not by much. All three are driven by their front wheels.

Japan's top three have undeniably done great work in designing these crossovers, which stand apart visually from the typical sedans and hatchbacks, yet retain the functionality and budget demanded from an everyday driver.

On top of great fuel efficiency and decent power, the Vezel/HR-V, Yaris Cross and Qashqai all have commendable boots too. Against flash floods though, they stand little to no chance. Next.

C, D and E-tiers: The middle

The C, D and E-listers may make it through high waters slightly better, but you'd be foolish to assume you're drastically safer in them than in the compact crossovers.

Starting with the E and D-tiers, we move a hair's breadth up to compact SUVs.

Read Also
Car review: Kia Sorento, the SUV that offers a premium bang for your buck 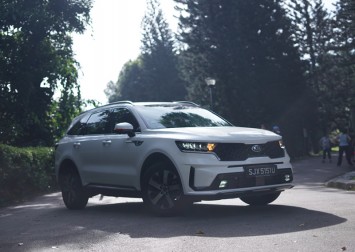 The Audi Q3 Sportback is a tricky one to assess because it has 170mm of ground clearance, placing it on the same level as the Vezel/HR-V and even below the Qashqai.

Still, this confused coupe-SUV has Audi's quattro all-wheel drive (AWD) system; this offers a bit more grip on slippery roads, thus allowing it to receive a few more bonus points when it comes to safety (although as my editor points out, this would ultimately be useless in water too deep).

One step up again, mid-size SUVs from luxury marques such as BMW and Volvo - the X5 and XC90 respectively - rank slightly higher thanks to their further elevated ride height.

The X5 claims 221mm of space between its underbelly and the ground; the XC90 has 238mm.

The latter also has an apparent wading depth of up to 450mm - but even Volvo's own website sounds quite cautious about its capabilities in this area.

Alongside them finally, we've placed the Subaru Forester as a C-lister too (admission: this was a personal decision not approved by my editor), with a ground clearance of 221mm.

I'm giving the Forester a bit more credit, 1. Because it's just so much cheaper than the other two, and 2. Because Subaru genuinely knows a thing or two about building cars for more punishing roads.

Also, the Forester comes with Subaru's standard AWD, as do the X5 and XC90.

We reckon heavier rains are still not going to cause any nervous sweating when you're in any of these three C-listers - but don't take your chances with anything beyond that.

B and A-tiers: A for effort

To be clear, the Suzuki Jimny doesn't even have the ground clearance of the bigger-bodied C-tier SUVs - it only gets 210mm.

Read Also
Hyundai introduces the 8-seater Palisade to their SUV line-up; priced at $216,999 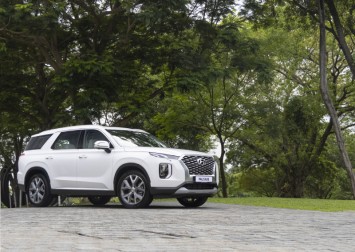 Still, size doesn't always matter. If a car is engineered from the ground up to go off-road, its design should technically shine through.

That boxy shape you see isn't just for show because this tiny fella possesses the holy grail of off-roading - a low-range gearbox.

Which is also a welcome feature when you need to get through a pool of water in a controlled and steady manner.

You might be surprised too to learn that we placed the Land Rover Range Rover Sport (RRS) in the A-tier when it only has 213mm of (minimum) ground clearance.

But quite similarly to the Jimny, the RRS proves that other cool bits of tinkering can help give the literal extra push when the tides are suddenly changing.

The RRS is not just able to wade through depths of up to 600mm, but through a toggleable and optional feature offered on all Land Rovers called "Wade Sensing", it can also alert the driver through the infotainment screen if the car is reaching its limit with the water levels outside (because of course, you're not going to stick a ruler out the window when you're driving).

Measurement is done using sonar sensors under the car's door mirrors - pretty neat stuff if you ask us.

Such capabilities give the RRS the confidence to venture with far less hesitation where the similar-sized X5 and XC90 may not dare to tread.

Which incredible SUVs could you possibly ride around in, in impeccable comfort on a normal day, yet also with an assured sense of security during a doomsday thunderstorm? 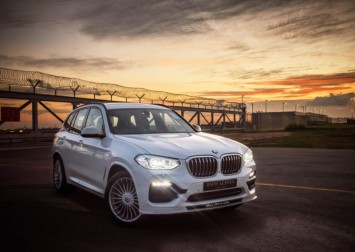 We present: The Herculeses of all SUVs, the Land Rover Defender and Mercedes-Benz G-Class (or Wagon). You already saw these two coming didn't you? (And well, the entire list was also actually in the banner image... that's on us).

Proof that hardiness and luxury can coexist together perfectly, the modern-day Defender and G-Wagon are far cries from how they used to look decades back (okay, less so for the latter maybe).

Still, both Merc and Land Rover have done exceedingly well in preserving the all-weather usability of these mighty machines.

Even though the G-Class easily pummels the competition thus far with a ground clearance of 236m, the Defender lifts itself even higher up with 292mm.

You can almost stick one of those long rulers from primary school underneath it, vertically. Furthermore, both take to water like fish our local otters.

Merc claims a wading depth of up to 700mm for the G-Class, whereas Land Rover one-ups that again with the Defender to a whopping 35.4in - or 899mm.

And naturally, the flexing doesn't end there. The G-Wagon comes with two air intakes, one of which it can close off when sensors pick up on high water-levels (this one is located, as per tradition, behind its radiator).

It then switches to gulping air through the other one, located higher up behind its headlights. This ensures that the engine is kept safe and sound from water damage.

With the current Defender, Land Rover also debuted its refreshed "Terrain Response 2 System", which includes a revolutionary "Wade programme" to help the vehicle ford through water.

It does this by pre-setting the Defender with a whole range of adjustments, such as raising its ride height via the air suspension.

All that stalling you saw on last Monday (Aug 23)? Won't happen with these two. We think they're quite a safe bet (we think; please don't sue us if we're wrong) against the sort of depths we saw at Pasir Ris Drive 12.

And if even they can't do the trick in a flood, in Singapore, then... well. Um. Then climate disaster is finally well and truly upon us, we guess.

On a serious note: Handling floods with generous caution

All jokes aside, we need to reiterate that flash floods are not to be taken lightly - and we cannot stress this enough. When you sense that the water level is suddenly rising to abnormal heights, always err on the side of caution. 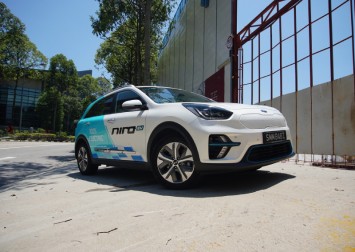 The Straits Times recently did a detailed FAQ on what to do in a flood; the basic principle is to not charge recklessly ahead with abandon, but maintain a slow speed to retain as much control as possible instead.

If your car stalls at any point, prioritise your own safety and wellbeing over the vehicle's before water levels potentially surge - get out.

As a friendly reminder, most of us also don't drive a Defender or G-Wagon (few can afford those sophisticated, rugged things).

And who's to say one can't be plenty happy with a compact crossover anyway? We just need to keep in mind that the F in F-tier doesn't mean flood-ready.