Why are older people more at risk of coronavirus?

As we learn more about Covid-19, it’s increasingly clear that your risk of severe illness and death increases with age.

Children under nine years of age seem to be largely unaffected, either with no or mild symptoms. None have died as a result of the infection.

People over the age of 80 years and those with chronic diseases are the most vulnerable. For those over 80, approximately 15 per cent of those infected will die.

A similar picture is emerging when looking at the increased risk of severe illness and death of those with underlying conditions.

For those with cardiovascular (heart) disease the death rate is 10.5 per cent, for diabetes it’s 7.3 per cent. Chronic respiratory disease (such as asthma and chronic obstructive pulmonary disease) has a 6.3 per cent death rate, for hypertension (high blood pressure) it’s 6.0 per cent and cancer is 5.6 per cent.

Why are older people at greater risk?

But the presence of chronic conditions only partially explains the high death rate in older people.

As we age, our immune system weakens. This makes us more vulnerable to infections of all types. And any sort of challenge to the body can do more damage.

When the immune system gears up in older people, there is also a higher likelihood of a phenomenon called a cytokine storm. This is where the immune system overreacts and produces too many of the chemicals to fight an infection.

So you get a severe inflammatory reaction which has the potential to cause significant damage in the body, including organ failure.

What about specific chronic diseases?

The biggest risk factor for dying of coronavirus is cardiovascular (heart) disease, with a death rate of 10.5 per cent. But we don’t yet know why. 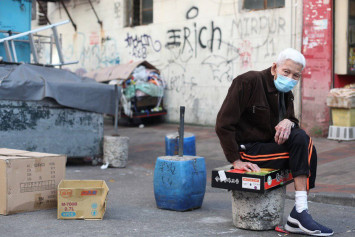 This doesn’t mean that infection necessarily causes a heart attack, just that people with underlying heart problems are more likely to become seriously ill and die from complications of coronavirus.

The increased risk of severe disease for those with diabetes, such as actor Tom Hanks, may be easier to understand. Diabetes depresses immune function and makes it harder to fight off viral infections.

Elevated glucose (blood sugar) levels in people with diabetes may also provide a more ideal environment for viruses to thrive.

The increased risk of severe disease from Covid-19 in people with chronic respiratory illness such as asthma and lung disease (known as chronic obstructive pulmonary disease, or COPD) is perhaps the clearest, especially if your illness is not well controlled.

Respiratory conditions – such as uncontrolled asthma, which causes causes inflammation of the airways – are likely to be exacerbated by infection with Covid-19, which also targets the airways.

How can you reduce your risk?

If you fall into a vulnerable group, or have close contact with someone who does, be vigilant with hygiene. The government recommends:

You may even want to limit your public transport use and non-essential travel to reduce your chance of coming into contact with the virus.

It’s also reasonable to ask family or friends not to visit you when they’re ill.

Even if you’re young and healthy and not feeling particularly at risk of coronavirus, remember you play an important role in stopping the spread of the virus to those more vulnerable.

What can governments do?

Some government are implementing additional measures to reduce the risk of older people becoming infected. 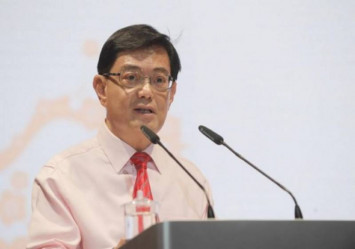 In the United Kingdom, the government has indicated that in the coming weeks people aged over 70 could be asked to self-isolate, or reduce their social contact, for up to four months.

The UK government has also asked that no one visits aged care facilities unnecessarily, and that people visiting elderly relatives for essential reasons keep their distance.

In the United States, president Donald Trump has urged older Americans to stay home for the next 15 days.

In Australia, the government has recommended limiting visits to residential care facilities and is likely to announce new measures tomorrow.

For now, asking older people in the community to take precautionary measures appears to be sensible advice, rather than imposing rules around self-isolation which come with logistical and social consequences.