Why body positivity isn't all that positive: An honest conversation about inclusivity, toxic positivity and sustainability

It was terrifying writing this piece. For the longest time I hesitated to put it out because discussing anything related to weight, body and size almost instantaneously garners frowns, disapproval, criticism and much more.

But I had an enlightening conversation with Mary Victor, a body neutrality advocate and founder of the local body neutrality movements like #TheBodyWithin and YOUBEYOU that gave me a little courage. Also, it’s the holidays and if I could spare at least one individual from the pain of having to justify their appearance to concerned individuals, this risk was worth it.

Body positivity and the lack of inclusivity

My biggest grievance about the body positivity movement is its facade. The “love your body in spite of what you look like” trope does not take into account existing social stigma revolving around many body types — plus-sized bodies, people of colour, disabled bodies, just to name a few.

Decades of colonial rule, capitalistic marketing, social media trends, and more, have already enforced that only a certain type of body is beautiful — that type being ‘not yours’ for many with marginalised body types. So stuffing a philosophy that isn’t intersectional, can be incredibly stressful to people who have been and continue to be conditioned in public spaces by society to hate their bodies.

Body positivity and the undertones of toxic positivity

Mary explained how body positivity can also quickly become toxic positivity. At beginning stages of her activism, Mary advocated for body positivity — all she wanted was to create a safe space for individuals to develop a “healthy relationship with their bodies”. But she quickly found herself forcing herself to like her body — something she makes clear is not sustainable.

Radiating positivity 24/7 is a tough feat for anyone. The pressure to be positive can become toxic quickly. This toxic positivity may not exactly improve one’s self or body-image. In fact, may even be counterproductive, because it can manifest as mental health conditions like depression and body dysmorphia, eating disorders and more in the long run.

The works of advocates and socially conscious figures across various fields who have worked effortlessly to ensure diversity in representation is one way to promote inclusivity and acceptance in the conversation about bodies.

Read Also
'There was a 20-page HardwareZone thread discussing my body': Influencer Mathilda opens up about rising above the hate 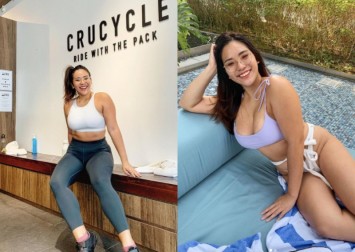 I tip my hat to the public figures, particularly those in pop culture (which has the masses in complete clutches) who deliberately creating pockets of spaces in the cultural fabric. Spaces that allow for the picking apart of stereotypes attached to marginalised bodies and normalising the same bodies.

Right of the bat, an example would be shows like Never Have I Ever, Black-ish, See, Sex Education where people of all abilities, colours, shapes and sizes frontline the show.

And it is especially heartening to see these characters not given special concessions in any way in terms of characterisation and writing — they have their protagonist moments, their villain moments, their clumsy moments — they’re no different, just as human. Changing the narrative changes mindsets subconsciously — way more effective than body positivity in teaching people to love themselves in their own skin.

Mary really made me think with this one. Fat seems to be such a charged word today. Forget about fat, the usage of many other words are equally loaded today.

How did we get here? How did we take physical traits and attach meanings to them? History offers one such possible explanation. For example, many physical traits — darker skin tones, non-Eurocentric features and more — were deemed ugly during colonialism — to exert superiority.

Avoiding words because people have contorted their meanings, does little to change the situation. It involves dismantling systems of society, which is no easy feat. Rather, removing the power these words have, is a more personal and sustainable lens to view our bodies through. 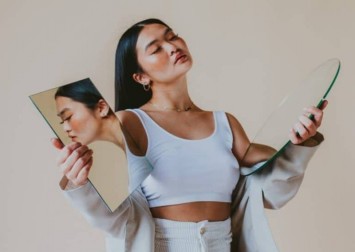 Let me explain. It may take us generations more to completely shed the learned bias. Instead, we can stop using our bodies to define ourselves and our worth at all — which is what body neutrality stands for.

Body neutrality stems from the fundamental idea that our individual identity comes from our emotional and mental aspects rather than the physical aspects. It reduces the weight the physical appearance carries in a conversation. This naturally lifts the pressure off of looking a certain way.

It may even promote self-appreciation because, now, your personal qualifiers are more substantial and innate rather than superficial. No more bombardment of ‘love yourself’ affirmations and no more dirty side eyes for not doing so. In the long term, this may pan out better because there is no fixating on what needs to be done/corrected about your body.

Again, floating the idea of body neutrality does not mean you have to make a complete shift in philosophy. Cherry-picking ideas from both movements may also work for you.

Ultimately, when it comes to the body, there is no one fixed method for all. And I agree with Mary on this one — that educating yourself about the various movement and finding feasible and sustainable ideas within it for yourself is best.