Why exactly is stop-start traffic bad for your car?

As a car owner, you’ve probably heard about how stop-start traffic falls under “severe” operating conditions.

It’s written in your owner’s manual (please read it if you haven’t), and your mechanic may have mentioned this to you this as well. Well-meaning friends might even have recommended changing your engine oil every 5000km “just to be sure”.

But why exactly is this the case? Doesn’t engine oil – especially the fully synthetic stuff – do a good job protecting your motor?

We asked Arai Katsuya, managing director of Motul’s R&D, to shed some light on this issue.

He said: “During stop-start conditions, your engine speed is lower, so your oil temperature is lower, too. The lower lubricant viscosity can lead to the build-up of sludge.”

Generally speaking, engine lubricants are formulated to work across a variety of conditions. However, they work best when the engine speed is moderate to high because they circulate better.

Torque’s resident mechanical engineer and contributor, Shreejit Changaroth, agrees. “Engines are not designed to operate at optimum during low-speed stop-go traffic. For a start, lubricant circulation in the quantities required for critical internal components is not ideal for engine longevity.”

Engine oil does more than just lubricate moving parts. It also acts as a detergent to help remove dirt and other harmful particles, which are then trapped in the oil filter. And in conjunction with the cooling system, engine oil helps keep your engine cool, too.

In a way, stop-start traffic is also like HIIT (high intensity interval training) for your engine. 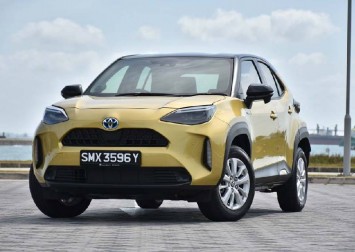 If you’ve ever done a HIIT workout, you’ll know that repeatedly slowing down and stopping before suddenly putting in a burst of effort, is more tiring compared to constant effort.

If you need proof, hop on a bicycle and ride around your neighbourhood. Each time you come to a halt at a red light and have to start pedalling all over again, it becomes harder and more tiring.

That said, how can we as drivers and car owners prevent and/or mitigate the engine wear caused by stop-start conditions, especially given how congestion has returned to our roads?

“We can’t always avoid heavy traffic, but we can ensure that oil changes are carried out religiously and perhaps at even shorter intervals than recommended in the owner’s manual”, says Shreejit.

“Other than that, try to give the car a good run once in a while.”

This article was first published in Torque.