Why more people prefer to date virtually now, not just because of Covid-19

With her hair coiffed up in a bun, lips glossed to the shade that matches her pink lantern-sleeve blouse, Catherine is all set for her third date. The 26-year-old has arranged an evening of cocktails, followed by a Netflix party with a guy whom she got to know via Bumble, a dating app, a month ago.

By their second virtual date, the marketing executive says she felt some chemistry brewing between them. “I wish we could meet in person… it’d be nice to hold hands,” she laments – before her more intellectual concerns rein in, “But that’s a risk to take.”

The idea of being arm-locked within the breathing space of a stranger is more unnerving than sexy. Amid post lockdowns, singletons remain open to finding love virtually – and dating responsibly.

Big players like Dating.com reported an 82 per cent spike in online dating globally, with video calls becoming the go-to alternative.

“People do follow the Covid-19 advisory, which in Phase 2 allows people to meet but requires them to wear a face mask and practise safe distancing,” says sociologist Tan Ern Ser. “There are also those who are cautious and prefer not to meet in person.” Local dating agencies say virtual dating is here to stay, even as social distancing restrictions ease.

Dating app Tinder’s recent survey shows that 40 per cent of Gen Z users want to continue using videos as a way to decide whether to meet offline, even when their favourite dating spots reopen. 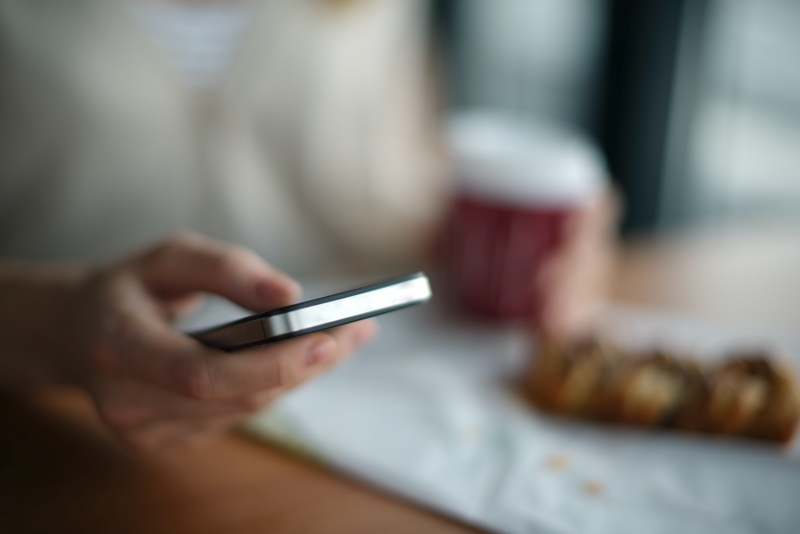 In Singapore, singles are ramping up their dating life, with local dating agencies seeing a spike in demand for virtual services. This comes at a time when there are more dating apps being launched, along with juiced-up in- app features to make virtual dating even more appealing.

“At first, we thought that only our younger clients would be open to virtual dates – but actually, that’s not true,” shares Nicolette Fernandenz, Gaigai’s head dating coach. “Our clients in their 40s have found these virtual dates to be very convenient. We also teach them how to set up the video applications to make the process seamless.”

More are focused on connecting over sincere conversation, notes Violet Lim, founder of Lunch Actually. Video dating can be a real balm. “One of my client’s dates got creative and he showed her the sunset view from his balcony,” she adds. “She felt as though she was going ‘behind-the- scenes’ and felt more connected to him.” You could say you wouldn’t know whether you’ve got a good match until you’ve seen someone in real time.

On average, a paired couple would chat for an hour, says Violet. The shortest virtual date was 20 minutes and the longest was four hours. “There’s more time to get to know someone better before deciding to meet up in person,” says Nicolette. And it’s going back to the basics of dating. You show up (for the date) and keep the conversation going. 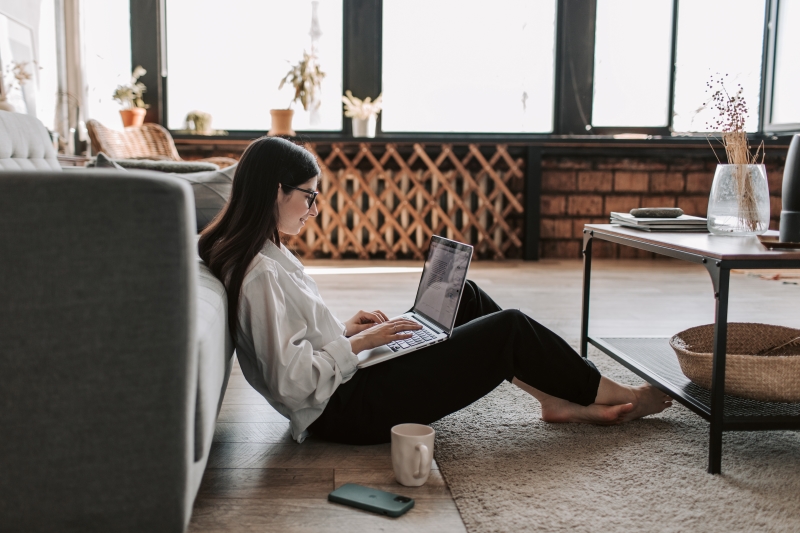 Meeting people now isn’t restricted to your geographical location. One is more likely to connect with those living in other countries – think long-distance relationships.

“With the rising popularity and social acceptance of dating via Zoom, it opens up your potential dating pool,” says Glenda Quek, co-founder of Society W dating service. “We encourage our clients to try hopping around cities virtually, as our clientele extends to Switzerland and Hong Kong, and see who they can meet.”

The release of Facebook Dating free app last September has already made “cross-border” meet-ups easier, expanding the pool of matches. The service, with video call over Messenger, taps on your dating preferences, mutual friends, and events attended on Facebook, to pair potential couples (aged 18 and above).

This year, Tinder stepped up and made its dating app more of a social network for more than six million users. While months ago it may have seemed crazy to be developing a relationship with a stranger on the other side of the globe, Tinder can now take you there with its “cross-border” Passport feature.

Read Also
Dating in the time of coronavirus: Chat online, meet much later 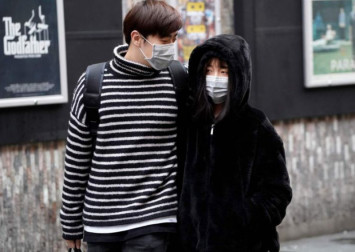 Since its launch in April, offering the premium service for free, the app has reportedly seen millions of matches around the world. Hot on the heels is its Face To Face roll-out test in July to introduce its new video chat feature.

In a press statement, Tinder’s CEO Elie Seidman said: “We hope our members, many of whom are anxious and looking for more human connection, can use Passport to transport themselves out of self-quarantine to anywhere in the world.”

Every day at 6pm, it asks registered users if they’ve washed their hands. If they say yes, they will be introduced to a user. After 15 minutes, the matched couple will be given a link (by text) to video chat. The app was developed by two men out of boredom during the quarantine period.

The Ship dating app, on the other hand, lets your crew of friends (gulp!) swipe right for a date on your behalf — an experience that’s equally fun and terrifying, like going on a blind date. It also recently launched #DFH, or date from home, a feature that uses fun backdrops to give your virtual date the perfect setting.

Others offer spin-offs like parties or networking events. One of them is new video dating app Filter Off. Like speed-dating, you need to get on a 90-second video session before you can “write-off” someone. The aim is to keep people expanding their social circles, increasing their chances of finding their match.

Tech developers such as Google have also jumped onto the bandwagon, filling the gap for social activities where couples can do things together in real-time – on the same screen or within a downloadable program using a Chrome cross-platform web browser. It will enable people to watch the same movie together, listen to music videos or even go online shopping. 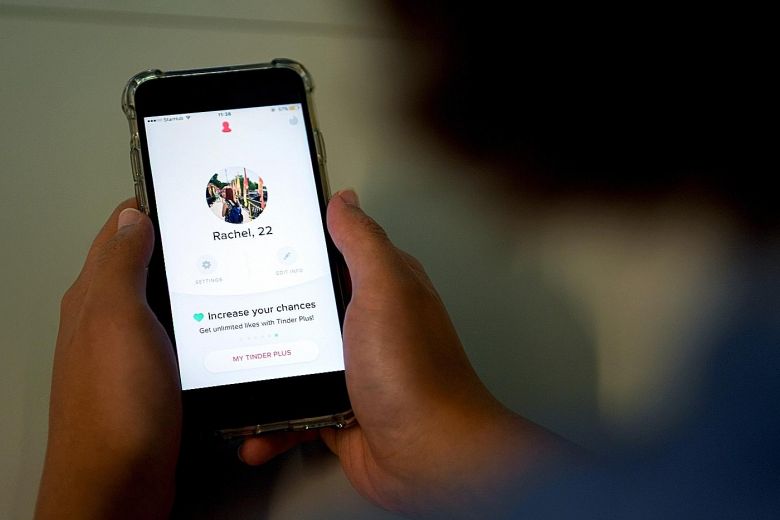 Love and dating are big money. The digital dating industry is expected to grow exponentially by US$2.01 billion (S$2.7 billion) between 2020 and 2024, according to the Global Online Dating Services Market report by global research firm Technavio.

Though there are free services, dating websites and apps traditionally make their revenue from subscriptions that come with enhanced user features. Monthly subscriptions can cost anything from as low as US$5 to US$99.

ALSO READ: What online dating during CB taught me about connecting

This year, hundreds of new apps have emerged, despite stiff competition from heavyweights OKCupid, Match, Tinder, Coffee Meets Bagel, and Bumble, which dominate the global market share. To help singles find a match quicker, OKCupid introduced Stacks in July with seven new categories like Nearby matches and Match Percentage.

The new apps are getting more creative in order to stand out from the crowded marketplace. There is, for instance, the astrology-centric matchmaker Struck, and video matchmaking app Quarantine Together, which connects you to people only if you wash your hands. 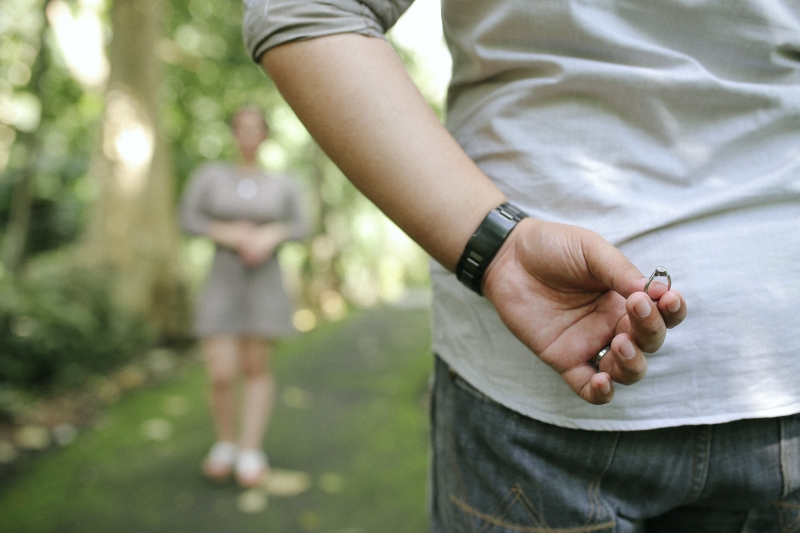 The random hook-up culture long associated with turbo-fast swiping apps is quickly being replaced with weeks-long virtual courtships. Video-calling, in some way, adds a filter for more nefarious intentions such as scams, stalking, catfishing, harassment and blackmail.

Local dating agencies, which offer a personalised service, say they provide safe and comfortable channels for hopeful singles by vetting their clients thoroughly. “Having a trusted agency vet your future match is very important,” points out Wendy Tse, Society W’s co-founder. “We personally screen each candidate and our expert matchmakers handpick the matches using science- and psychology-based principles.”

Dating consultants at Lunch Actually profile and verify potential clients via video calls and elaborate quizzes. “This is to ensure our database only consists of serious, eligible singles,” Violet says. “Based on the client’s profile and preferences, we also handpick the most compatible match and coordinate the date.” Spending more time to know someone better prevents you from judging him too quickly. She adds: “You may consider talking to someone you usually wouldn’t go far with. And instead of swiping aimlessly on dating apps, this is the time to focus on connection and meaningful conversation.”