Up your job-hunt game through Covid-19 and beyond

It’s a scary time to be without a job right now.

Heck, it’s a scary time even if you have one - 46 per cent of Singaporeans are worried about losing their jobs, according to the newly released OCBC Financial Impact Survey, which assessed 1,000 working adults of different ages and income levels during the circuit breaker.

People aren’t panicking for no reason. Retrenchments are up. Furloughs are up. Salary cuts are up.

And advertised vacancies are down - by as much as 58 per cent depending on the sector, going by data from global job search websites like Indeed and Glassdoor.

So how do you increase your chances of being seen by a potential employer or finding a job that hasn’t got everyone else and their uncle applying for it?

Hiring is evolving and the most forward-thinking companies are looking beyond the usual job advertisement channels to fill roles.

Nestle recently used TikTok to hire a marketing manager - candidates were asked to submit 60-second videos, complete with a song that represented him or her, instead of a traditional application.

McDonald’s is progressively rolling out a global hiring initiative via Amazon Alexa, so you can apply for a job just by saying: “Alexa, help me get a job at McDonald’s.” (It works with Google Assistant too.)

There’s also an increasing number of virtual career fairs, the cutest of which must be one championed by Unilever. It took place in Russian cyberspace and resembles an 8-bit game, where candidates could explore vacancies and ask questions about them.

In Singapore, there’s the less-cute-but-still-useful My Careers Future fair, which allows you to check out different “rooms” based on the industry you’re in, attend online talks, get resources and apply for jobs.

All of which indicates that looking beyond the usual online job boards and using creative methods to get in touch with potential employers could go a long way in helping you snag that precious role.

Read Also
Industries that are growing amid the Covid-19 pandemic 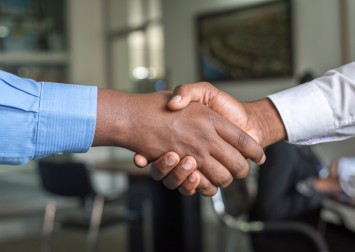 Sure, the different tactics don’t change the fact that the number of jobs available are fewer than villagers on an Animal Crossing: New Horizons island.

But these innovative new ways of advertising a job or getting people to apply for one are a trend that’s likely to grow, especially as more peeps WFH and companies seek fresh ways to reach potential candidates.

And what it reveals is that being innovative and extra resourceful when it comes to where you’re job hunting could turn up something that other potentials may not have come across.

Not to mention you could also pick up some cool skills, creativity tips and maybe even a new rep along the way. TikTok Job Application Guru, anyone?