In a first, woman crowdfunds over $16k for rape case against ex-policeman in Malaysia

KUALA LUMPUR - A Mongolian woman has raised thousands of dollars in crowdfunding to mount a sexual assault case against a former policeman, in a first for Malaysia, her lawyer said on Wednesday (Feb 3).

Women's rights groups have followed the case closely, saying victims of assault should not have to fall back on fund raising if they lack the money to pursue justice through the courts.

The former policeman has denied the charges.

She made the appeal after her case was struck out in January for lack of a 70,000-ringgit court deposit.

In less than two weeks, she has raised more than US$12,000 (S$16,000), according to her lawyer, and so can now refile her civil case against the former police inspector, seeking unspecified damages for alleged sexual assault and unlawful detention.

"I am really surprised... As far as I know, this would be the first case," he said.

Mr Philip plans to file the action next month.

The lawyer said Ms Khoskhulug, who returned to Mongolia at the end of 2020, was heartened by the speedy show of support.

"When I first saw her at the police station, she was on the verge of giving up," he said.

"With the support people have given her, the view has changed and she wants to be vindicated." 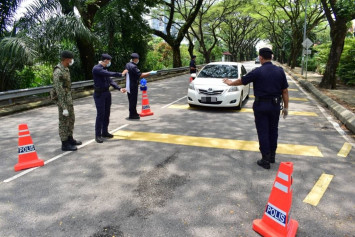 A law firm representing the former policeman, Hazrul Hizham Ghazali, did not immediately respond to a request for comment.

The 30-year-old was charged with multiple counts of rape and outrage of modesty last year in a separate criminal trial.

Hazrul, then a policeman, allegedly raped Ms Khoskhulug and another Mongolian woman after stopping them at a roadblock and taking them to a hotel.

He has denied all charges.

"It signals to other rape victims that one must have at least 70,000 ringgit in their bank accounts to successfully file a suit against their rapists," opposition politicians Maria Chin Abdullah and Lim Yi Wei said in a joint statement.

Rape is punishable by up to 20 years in jail and caning under Malaysia's laws.