'I hope I record their faces': Woman in Malaysia takes TikTok video of herself after suspecting she was being stalked

The woman claimed she was being stalked.

A woman in Malaysia walking alone in a residential area held up her phone to take a TikTok video of her face and background after she suspected she was being followed by strangers.

The woman, Phichzy10 on TikTok, claimed she was being stalked in the six-second video which was posted on Sunday (May 8).

The caption on her video read: "I'm so freakin' scared these guys keep following me. Pretending to film a video, I hope I record their faces."

In the video, the woman is seen glancing to the side and appearing to act normal while trying to capture the scene behind her.

A split-second shot captured a person in yellow standing several metres behind her. Another could be seen further behind.

The video has been watched some 3 million times with over 2,300 comments.

Many who commented expressed concern and asked if the woman was safe.

Read Also
'I was so creeped out': Woman makes police report alleging SDA stalked her 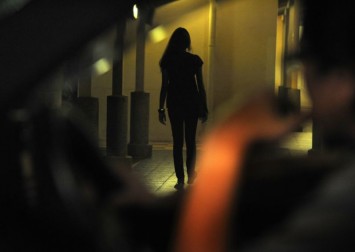 She later replied saying she was safe and at her boyfriend’s house.

She also reminded other girls to be vigilant when they are out alone.

One comment suggested that women should not go straight home as the stalker would then know where they live.

They should instead go into a store and ask someone for help.

However, some commenters expressed scepticism and questioned if the men were residents at the block, and why she had time to insert captions and music into the video if it was such a serious situation.