'I love Malaysia Airlines, but we can't afford it': Mahathir says national carrier may be sold

"There are certain parties who are interested to buy (the airline), so we don't reject (the possibility of selling)," he said, without disclosing the names of the firms.

The government will consider whether to change the airline's management, downsize or expand it, Tun Mahathir said.

"Although we hired foreign management, MAS still faced losses. Therefore, one of the options is to sell," he said. 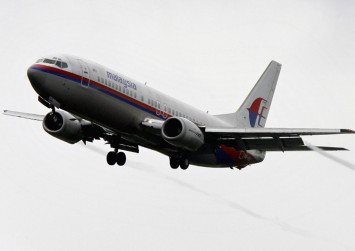 The airline has had two foreign chief executive officers leave before the end of their contracts since it was taken private by sovereign wealth fund Khazanah Nasional in 2014.

"I love MAS. I want MAS to be a national airline, but it looks like we cannot afford it," Dr Mahathir added.

Last week, Dr Mahathir said the government was considering whether to shut, sell or refinance the airline, and that a decision would be made soon.

The airline has been trying to transform its operations and return to profitability by 2019 as it recovers from two disasters in 2014, when flight MH370 disappeared in what remains a mystery and flight MH17 was shot down over eastern Ukraine.

Khazanah Nasional said earlier this month that the government needed to decide on its investment in, and level of support for, the struggling airline.