Johor Menteri Besar Osman Sapian said his government is meeting with the Finance Ministry, Home Ministry and the Works Ministry in April to look for a long term solution to the perennial problem.

"Next month we'll sit together and hopefully have a strategic discussion," Bernama quoted him as telling reporters after officiating at an event in state capital Johor Baru.

He said one suggested solution was to have a third link to Singapore in the form of a bridge. This would add to the Causeway in Woodlands and the Second Link at Tuas. 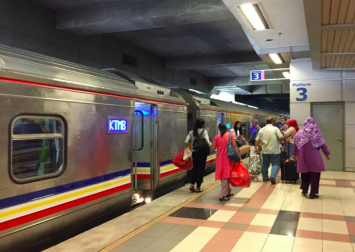 Datuk Osman was commenting on recent remarks by Prime Minister Mahathir Mohammad that Malaysia and Singapore need to be joined by at least three to four links to ease the daily traffic flow.

"It is necessary (a new bridge) and I think the Malaysian government has no objection to this. The issue now lies with Singapore," Mr Osman was quoted as saying.

Tun Mahathir told an investment forum in Kuala Lumpur on March 19: "Even Penang, which has less population than Singapore, at first rejected the first bridge but then, subsequently, we built another bridge and now we want a tunnel, and that's (just) Penang and the mainland," he said.

"We only have one causeway and a bridge (linking Singapore and Malaysia). We need at least three to four more bridges," he had said.