A 35-year-old man has been arrested over the alleged attempted kidnapping of a three-year-old girl that took place at Johor Bahru City Square mall on Sept 9.

The suspect, dressed in black with a black cap, approached the family of three that evening and claimed to be the father of the child before attempting to take her away. Despite the parents' rejection, the man did not leave. Instead, he loitered around the area to stalk them.

Fearing for their safety, the girl's parents immediately called the police. However, the man escaped in a grey Proton Persona before the police arrived on the scene. A police report was filed afterwards.

It was stated in the report that the couple did not know the man.

Police subsequently arrested the suspect on Sept 13, following a public tip-off after news of the alleged abduction went viral on Facebook.

Read Also
To keep her lover, 55-year-old Chinese woman fakes pregnancy and kidnaps grandson to pass off as own son 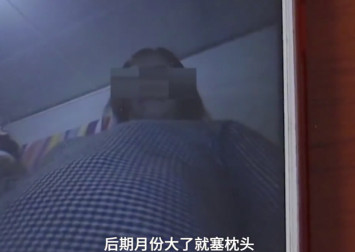 Upon arrest, the suspect explained to the police that his Vietnamese wife was planning to bring their two children back to Vietnam to avoid repaying debts owed to loan sharks.

According to police chief Shahurinain Jais, the suspect had only intended to kidnap the toddler to raise and care for as his own and was not involved in any child abduction activities or syndicates.

Fortunately, the victim's family did not suffer any injuries from the incident.

Meanwhile, the suspect will be detained until Sept 17 to facilitate further investigations.