The Russian ex-wife of Sultan Muhammad V of Kelantan made the headlines this week when she alleged that she had to pawn her Jacob Arabo wedding ring to afford her medical bills during her difficult pregnancy.

However, Sultan Muhammad V has disputed her claims, through his Singapore-based lawyers, in a letter written to Daily Mail on Wednesday (Oct 9). 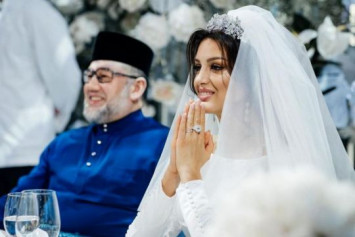 In an exclusive tell-all with Daily Mail on Sept 27, Voevodina offered more details about the collapse of the couple's fairy tale marriage after a whirlwind romance.

According to media reports, Voevodina married Sultan Muhammad V on June 7 last year, when he was the Malaysian King; and they subsequently divorced in June this year. The Straits Times also confirmed, through Koh, that the divorce was carried out in Singapore on June 22.

Voevodina told Daily Mail that she only found out about the divorce via the internet and she has "not seen or spoken" to her ex-husband since he "walked out on her last December".

A follow-up article on Daily Mail also alleged that Voevodina was "forced to pawn her wedding ring" after Sultan Muhammad V "abandoned her when she was pregnant".

She told the British tabloid: "I used this money to cover my medical bills in Switzerland as I was at risk of losing the baby."

It was reported that the former Miss Moscow is currently living in a rented apartment in Moscow and raising her son on her own.

In response to her claims, the letter revealed that Eversheds Harry Elias, on Sultan Muhammad V's behalf, proposed a settlement of "a significant and generous sum of money including but not limited to monies to pay for her medical fees and living expenses" to Voevodina between May and June this year. 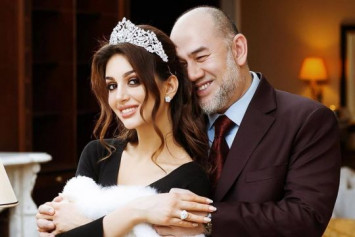 The settlement was proposed on the condition that Voevodina "preserved and protected His Royal Highness' privacy" but she declined it along with her then-lawyer.

"Instead (she) informed that a UK tabloid was prepared to pay her handsomely for her story," the letter read.

Details of a monetary arrangement for Voevodina during her pregnancy were also revealed as the letter rubbished her claims that Sultan Muhammad V did not "give her a dime". According to the letter, there were arrangements made for her to receive US$20,000 (S$27,518), which was more than the proposed settlement.

Voevodina was also gifted a "Porsche Cayenne and jewellery including a Jacob Arabo ring and items by the jeweller Cartier".

The letter also made clear that Sultan Muhammad V did not "abandon" Voevodina and that she left of her own accord to return to Russia.

#Malaysian royalty #Divorces, Separations and Annulments #In Case You Missed It